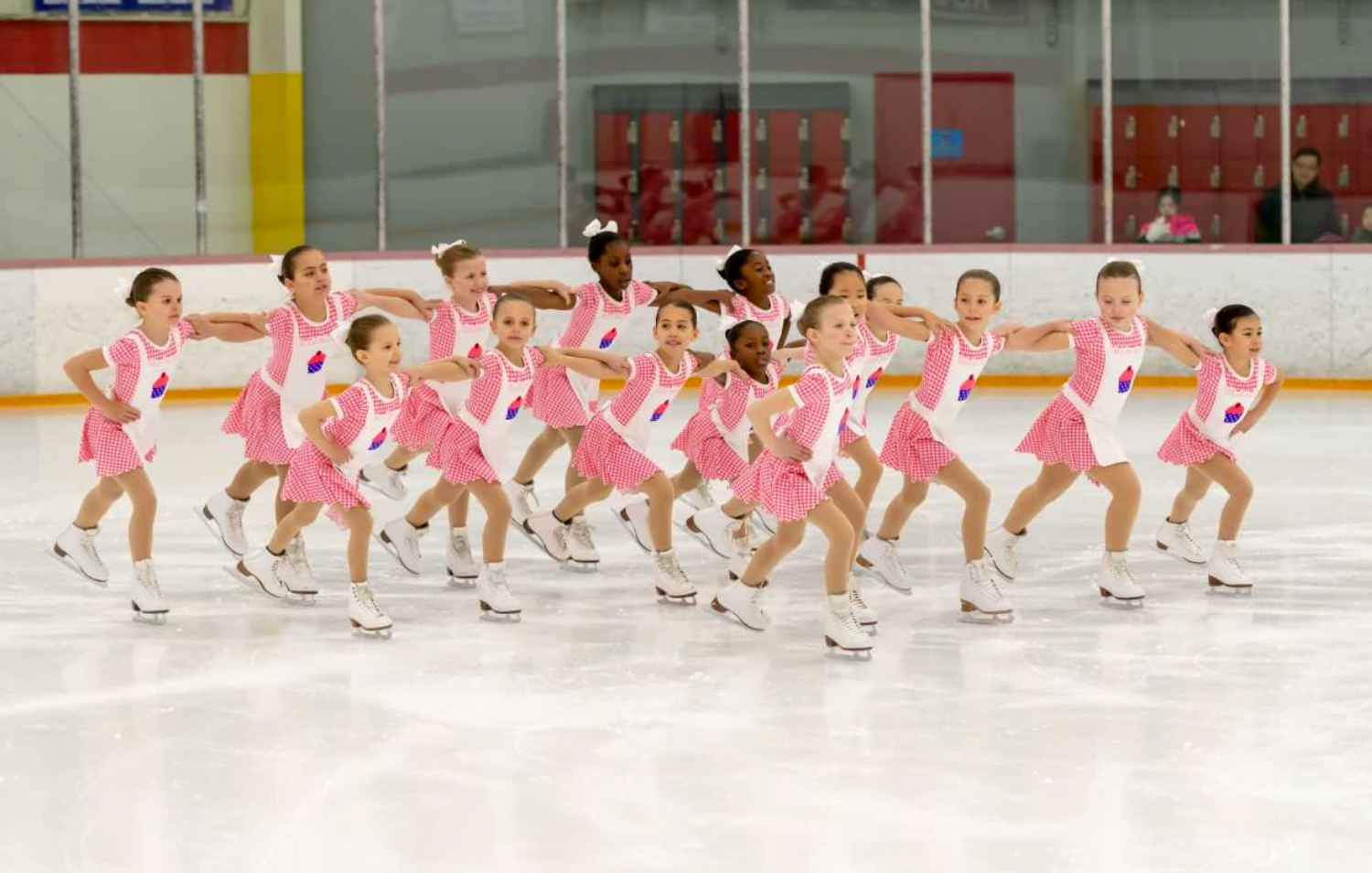 All Skyliners qualifying lines ended up on the podium – Novice and Juvenile earned Gold and Intermediate captured Silver in a field of tough competitors. In the three non-qualifying divisions they entered, Skyliners took all three Preliminary, Pre-Juvenile and Open Juvenile Championships.

“We are so proud that each of our lines performed at the top of their game at Easterns and that all of our qualifying lines earned a place at the 2019 National Championships, said Josh Babb, Skyliners Head Coach and Director of Synchronized Skating. “Now we’ll be working hard to get ready for Michigan!”

More than 2,100 synchronized skaters gathered in Worcester, MA to compete at Easterns. Of those, Skyliners sent 9 lines and 170 skaters ranging in age from 8-18.

“To have our talented skaters on Skyliners earn medals at Easterns was amazing,” said Sarah LeBlanc Blosat, Skyliners Director of Non-Qualifying Lines. “For many of our younger skaters, this was their first Easterns Championship and an exciting culmination to all their practice over the season.”

Skyliners will now devote the early part of February to preparing for the 2019 US Synchronizing Skating Championships, which will take place in Plymouth, Michigan from February 28 to March 2. In addition to Skyliners Juvenile, Intermediate and Novice – who all qualified for these Championships – Skyliners TEAM USA Junior and Senior lines earned “buys” to Nationals and will be traveling there as well.