This story was written by Terry Dinan and was originally published on sister site Darienite.com 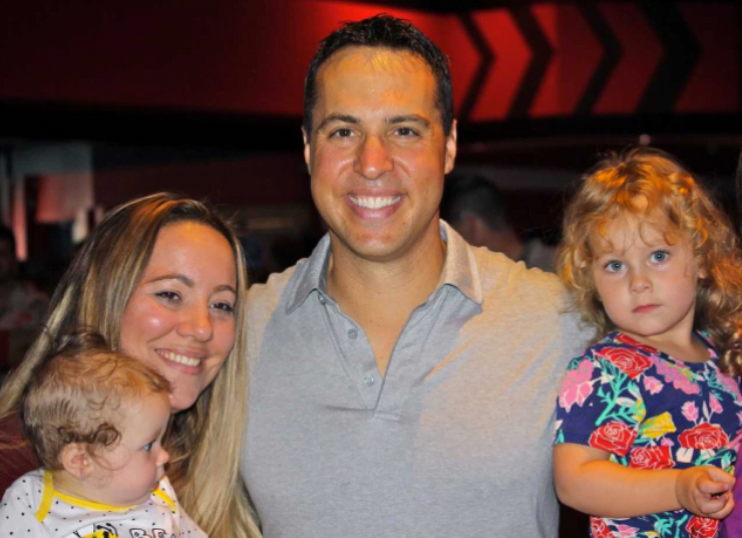 At the same time the New York Yankees of today continued their surprising surge to the top of the American League East, hundreds of baseball fans lined up Saturday afternoon at the newly opened Bowlero Milford for a chance to meet a great Bronx Bomber of the past.

Former Yankees first baseman and Greenwich resident Mark Teixeira made an appearance at the Grand Opening of Milford’s newest attraction, as the former AMF Milford Lanes has been transformed into an ultra-modern, 60-lane bowling alley replete with a cutting-edge arcade, high-end sports bar and revamped menu featuring items such as the 5-lb., 14-inch Behemoth Burger.

Teixeira, who retired last year after a 14-year career in which he hit 409 home runs with the Rangers, Braves, Angels and Yanks, four Gold Glove awards and a world championship with the Yankees in 2009, took some time off from signing autographs and posing for photos to talk with us about his past, present and future. 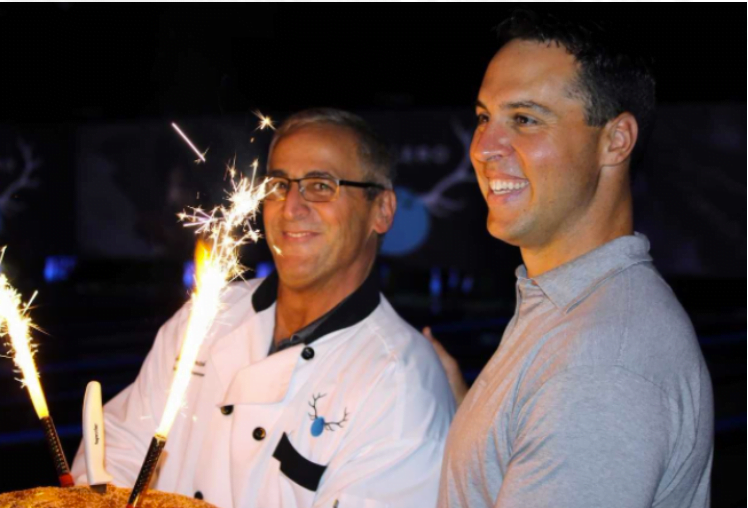 Q: So how are you enjoying your retirement?

A: I’m loving it. I get to make my own schedule, do some fun things that I wasn’t able to do while I was playing, so it’s been fun.

Q: You settled in Greenwich when you were playing, and you’ve stayed there now that your playing days are over. What is it about Fairfield County that made you decide to stay here?

A: First of all, my wife and kids love it here. If my family is happy it makes my life a lot easier and this is my home. It’s my ninth year here now which is the longest I’ve lived anywhere since I was a kid and I really feel like this is the place for the long term.

Q: What do you miss the most from your playing career? 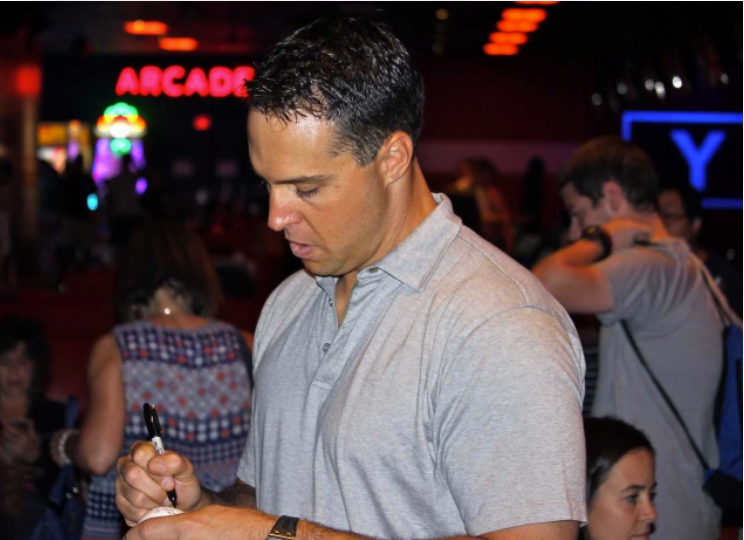 Q: You certainly had plenty of those. Can you talk about some of your greatest memories from your playing career?

A: I have so many. Obviously from a team standpoint, the ’09 World Series. From an individual standpoint, hitting some big home runs in the playoffs and that last walk-off Grand Slam against the Red Sox is definitely still fresh in my mind so I’ve had a lot of good ones.

Q: You just saw Derek Jeter getting his number retired this season and getting a plaque in Monument Park. Talk about the experience of being a teammate of such an iconic New York Yankee.

A: One of the special things about being a Yankee is all the great players that have come through Yankee Stadium and wore the pinstripes and Derek is right up there with the best. To be able to play with him for six seasons and win a World Series with him was one of the blessings of my career.

Q: I remember hearing how you would be at Bobby Valentine’s Sports Academy in Stamford, hitting balls off a tee every morning with high school kids teeing them up for you. When you were growing up, there weren’t facilities like that for young players — how has that aspect of the game evolved for today’s up-and-coming players?

A: Youth sports have definitely evolved. Kids have a lot more opportunities to get better, and I think you see that in the talent we see in baseball, golf, football and basketball — these kids are getting better every year. I don’t necessarily wish that I had it. But if I did, I definitely would have used it. 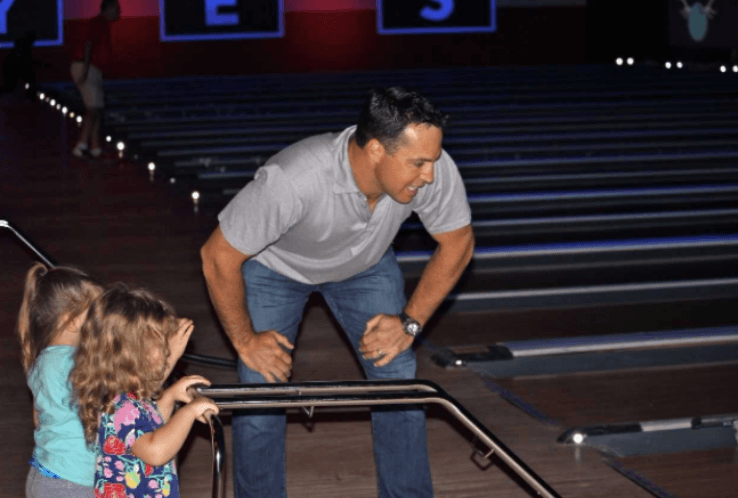 Q: So to that point, what is THE most important thing for a kid just starting out in baseball to do?

A: The most important thing is to have fun playing because if you have fun, then you’ll want to play more. If you play more, you’ll get better. If you don’t enjoy it, then find another sport because whatever you play you have to play a lot to improve. The more you enjoy something, the more you’ll work at it. 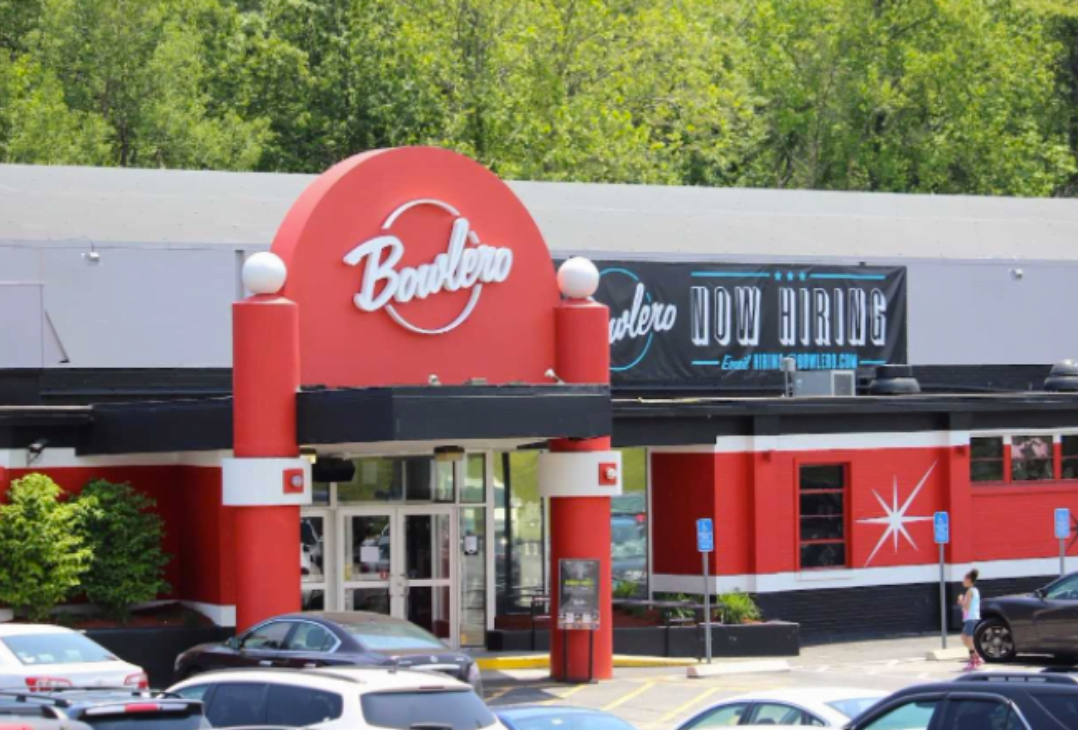 The first of its kind in Connecticut, Bowlero Milford is one of the brand’s newest locations and features an interactive arcade.

Totally revamped from top to bottom, the new Bowlero Milford, with its retro design, can be rented for private events, from birthday parties to corporate outings.

Located at 1717 Boston Post Road in Milford, Bowlero is open Monday through Thursday starting at 4:00 pm, Fridays beginning at 3:00 pm., and Saturday and Sunday at 10:00am.