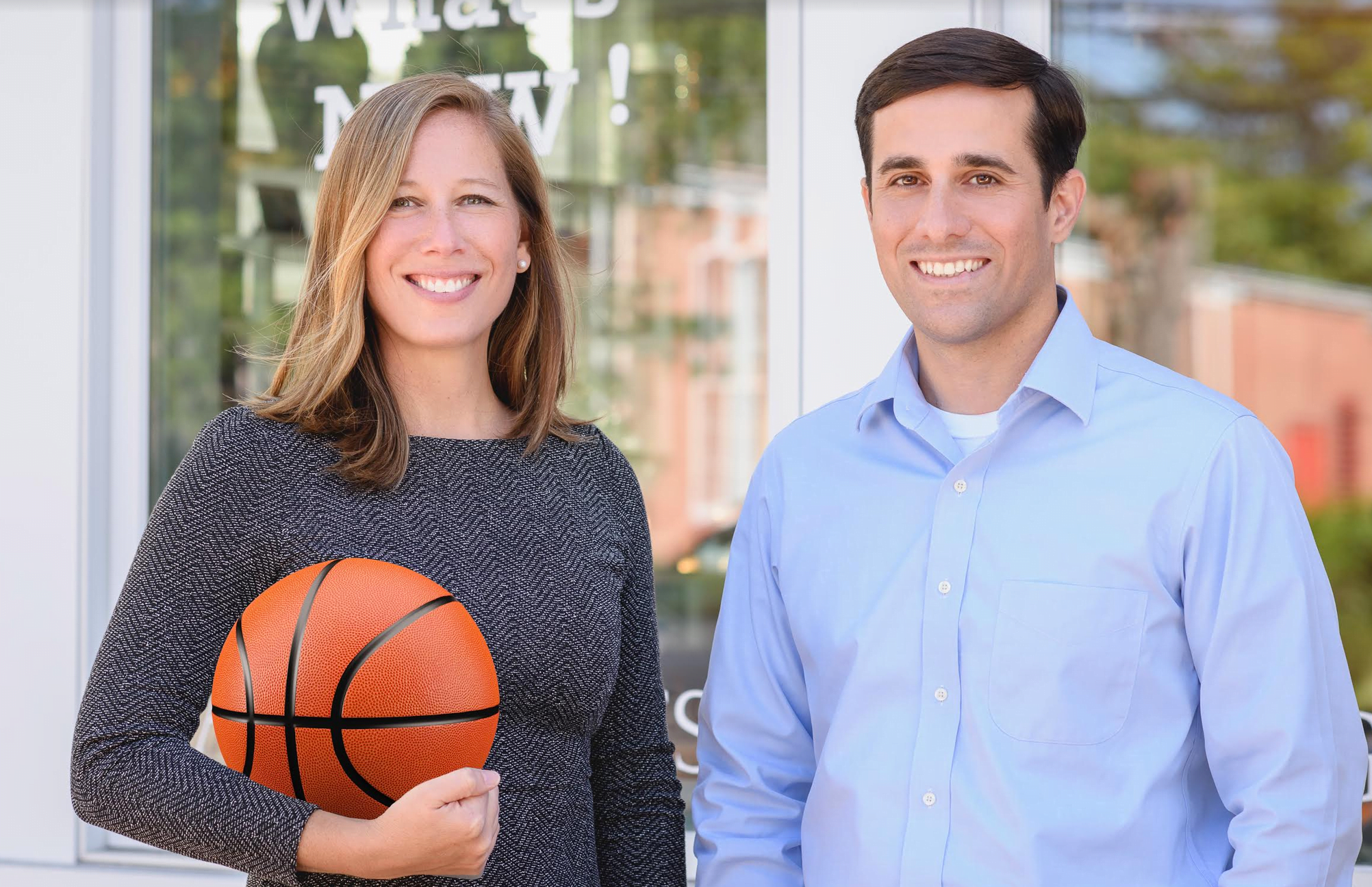 To celebrate March Madness, IN Greenwich has teamed up with William Raveis Real Estate, Greenwich to provide “IN Greenwich Madness”, a free basketball bracket contest in town.

Throughout the tournament there will be prizes from local restaurants and businesses. Top prizes will go to the three participants with the highest points for the entire tournament.

The contest is free to enter online where participants choose the winners of this year’s Men’s NCAA college basketball tournament. Join in the fun by visiting the PickHoops bracket group called “IN Greenwich March Madness Contest.”

The idea came to IN Greenwich co-founder Craig Jones after their Greenwich elf and mensch, Vin and Bin, visited all over town in December.

“The elf and mensch were so popular that I knew we wanted another entertaining campaign around springtime,” he said. “March Madness was the perfect choice as most people already fill out brackets and this there will be lots of chances to win.”

William Raveis Greenwich Brokerage is sponsoring the basketball tournament bracket contest.  The local real estate firm is always looking for ways to participate in community events.  They are currently the exclusive real estate company as presenting sponsor for the Threads and Treads 2018 Race Series and the Waterfront Sponsor for the Greenwich Town Party.  “When IN Greenwich co-founder Craig Jones asked if we would be the sponsor for the March Madness Bracket Event, it was without hesitation that we said YES,” said Vicki D’Agostino, William Raveis Greenwich Brokerage Manager.  “Greenwich is a wonderful community and William Raveis is thrilled to be a part of it.”

March madness is known to be so thrilling because of the Cinderella stories, upsets and last-second finishes. IN Greenwich co-founder Jessica Reid says she believes that the NCAA basketball tournament is one of the top sporting events of the year.

“Each game is important. If you lose you’re out.  And for some of these basketball players it may be the last college game of their career,” Jessica said.  “Aside from having your school/alma mater in the tournament, the only thing that can add more excitement is having a winning bracket!”

Greenwich Point Marketing business partners Craig Jones and Jessica Reid started IN Greenwich as a project to curate and promote events happening in Greenwich.  Appropriately titled IN Greenwich, you can find local events and activities in Greenwich, Old Greenwich, Riverside, Cos Cob, Glenville and Byram on various social media channels. IN Greenwich also hosts a Facebook live streamed radio show on 1490 WGCH every Friday at 2pm.