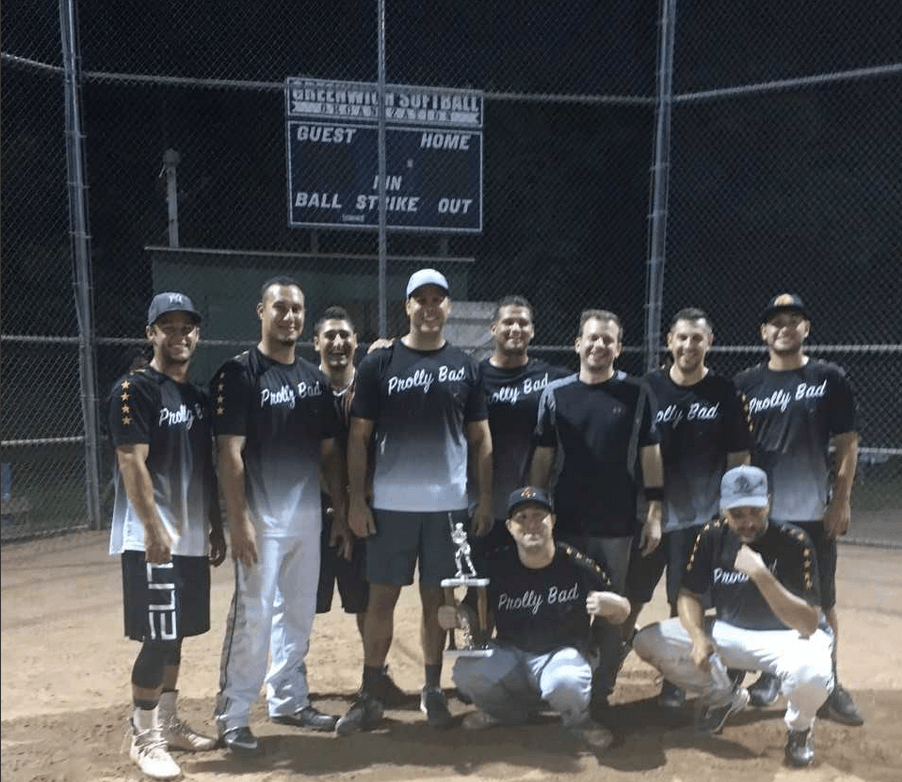 A seven run sixth inning erased a 10-5 deficit and led G-Ville Deli to a 12-11 victory over Corbo’s Corno Deli and the Greenwich Men’s Town “A” Softball Championship.

G-Ville held off Corbo’s to win the battle of the delis and their first overall championship before an enthusiastic crowd at Teufel Field.

Corbo’s also had a lead of 7-5 in the third inning of the championship contest but G-Ville club continued to chip and way and in the sixth frame pound away at that lead.

The winners fought a determined Corbo comeback attempt in the seventh leaving the potential tying run on third base when the final out was made.

Robbie Catalano carded a perfect four-for-four to lead G-Ville Deli. Catalano scored twice and drove in two runs as well. Jamie Longo had a pair of doubles in the game and two RBI’s at a crucial time during the sixth inning rally. Alan Pesce’s two hits included a key run producing double in the sixth that scored the ultimate winning run. G-Ville also got a pair of hits apiece from Sal Tromanato and Chris Siapanides, with Tromanato being credited with driving in two scores. Kenny Graveline, Manager Mike Stempien, Jason Herrmann, Steven Pesce and Keith Gallagher also contributed on the offensive and defensive front for the new champions.

Alan Pesce was the winning pitcher for G-Ville Deli, which went undefeated in the double elimination tournament. Both G-Ville Deli and Corbo’s Corner Deli defeated the defending champion, The Hateables, during the tournament.