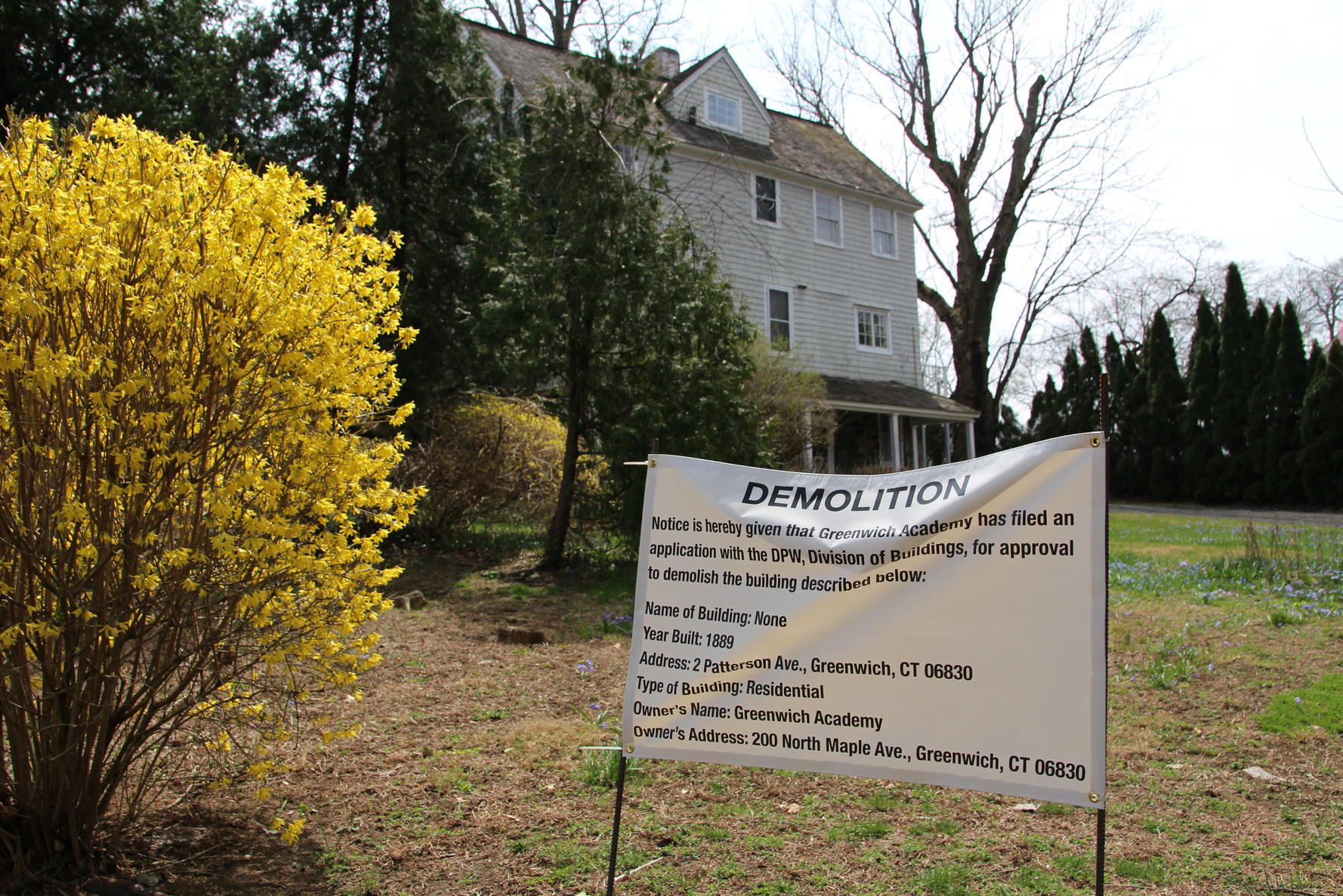 A house at 2 Patterson Avenue that Greenwich Academy neighbors refer to as “the ghost house” because its utilities were cut off for nine years and it has sat unoccupied, could be demolished as early as May 25.

The house, which is owned by the private girls school was built in 1889.

Despite protests from neighbors, the school recently got approval from the Planning & Zoning Commission to relocate its Cowan Center daycare for 50 children to 96 Maple Ave as part of its campus Master Plan. 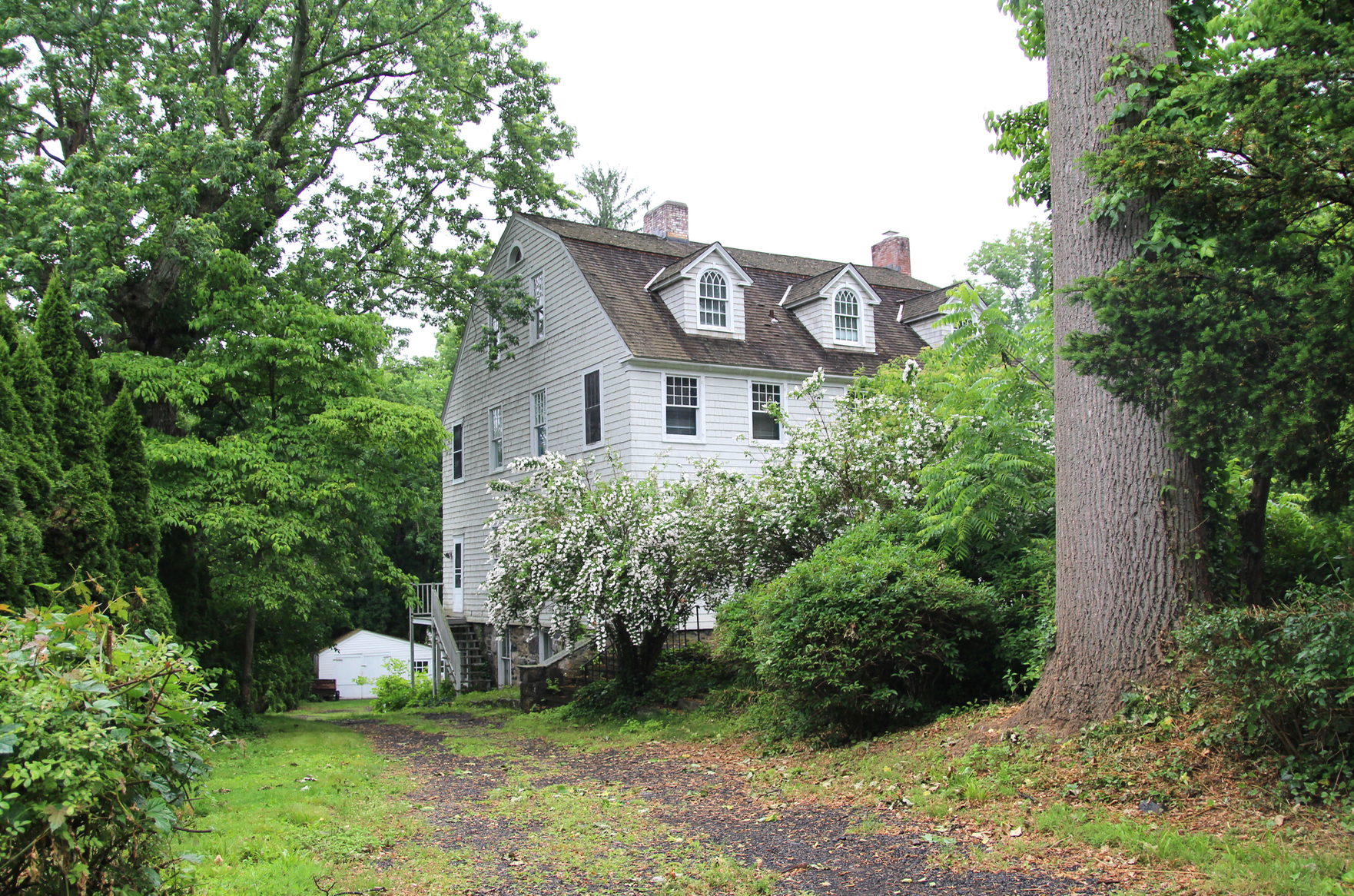 The house at 2 Patterson Ave was posted for demolition this week.

A second house at 176 North Maple which the school also plans to demolish has yet to be posted for demolition.

The two demolitions and the relocation of the Cowan Center will leverage additional FAR for the main campus, which is located on a 33.034 acres.

In fact, at the Assessor’s office in Greenwich Town Hall, the address 2 Patterson Ave is already deleted from the database, as it has been merged into the school’s main campus address at 200 North Maple.

Because the home was built before 1940, a written letter of objection submitted to the Building Division of DPW will trigger an additional 45 day stay of demolition beyond the basic 45 day waiting period for a home built before 1940.

During controversial P&Z hearings for Greenwich Academy’s proposed adaptive reuse of 96 Maple, built in 1910, neighbors including William Galvin said they struggled to reconcile Attorney Bruce Cohen’s statement that the school would ‘will breathe new life into a building that has been vacant for over a year and allowed to deteriorate’ and the neglect of 2 Patterson over the years.

“I would like to present the Pinocchio Award to Mr. Cohen,” Galvin said.

“GA’s residential property at 2 Patterson was the subject of a P&Z hearing in July 2009 at which time Mr. Cohen said, ‘The school maintains its properties, all of its properties, beautifully,'” Galvin said. “The reality is the 2 Patterson Avenue property – aka ‘the ghost house’ – has been vacant and abandoned by Greenwich Academy for 9 years and is now headed for demolition.”

This week Ellen Brennan Galvin said she was unhappy to see the demolition sign go up. “Nine years ago the property was acquired by Greenwich Academy. They added it to the campus and took it off the tax rolls. Shortly after they shut off the utilities and let it deteriorate.”

Ms Brennan Galvin said at one point when neighbors bristled over the neglect of the house, “They came and spiffed it up a bit. They put some tar paper on the roof of the garage so it didn’t look so deteriorated.”

“All these years there’s been a lack of transparency. There ‘s been so little dialogue, we’ve never known what they were going to do.”