The office building at the corner of Weaver Street and West Putnam Ave sold on Thursday.

Last Tuesday, representatives of Catterton, told the Planning & Zoning commission that they intended to purchase the building after 15 years as tenants.

Catterton’s website describes the company as “the largest and most experienced consumer-focused private equity group in North America.”

At the P&Z meeting, representatives for Catterton explained their building renovations and changes to the grounds reflect that the property will serve as the company’s permanent headquarters. The renovations to the building did not receive objections from the commission. 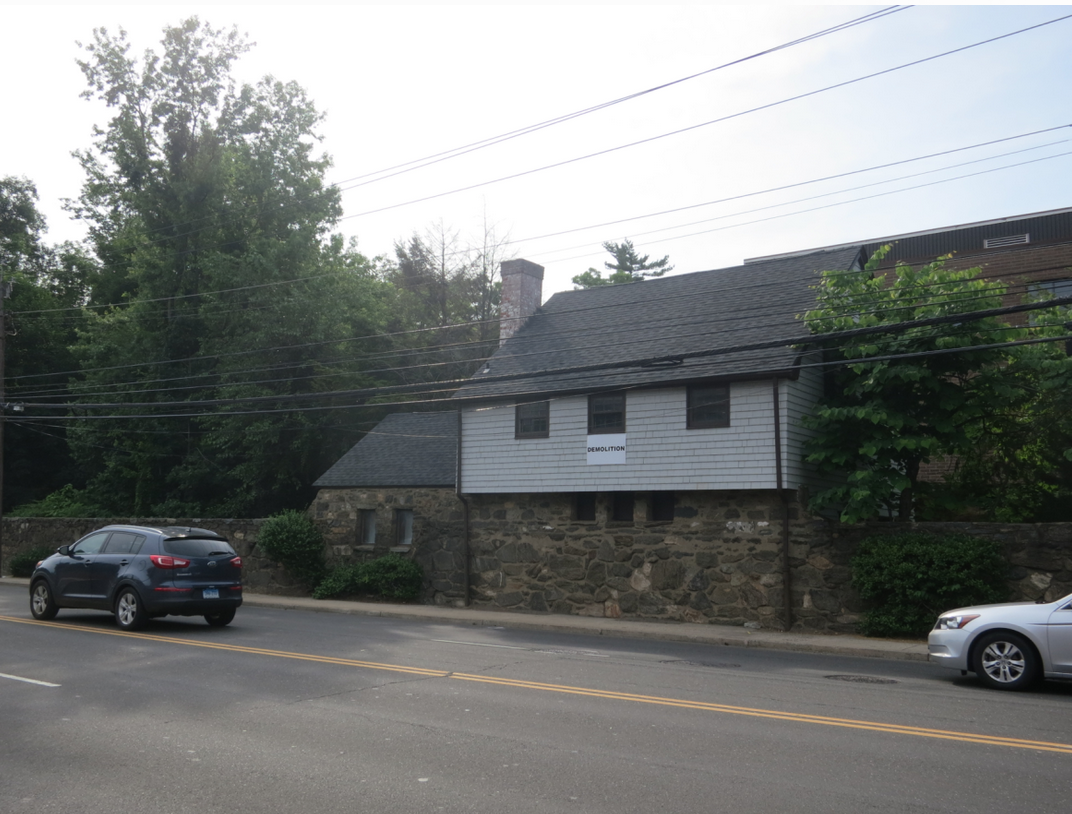 The cottage and stone wall along 599 Putnam Ave. The office building is partially visible int he background. Credit: Leslie Yager

However, the plan to demolish a stone wall and cottage built into the wall was a divisive issue among the commissioners.

The cottage dates back at least a century, possibly more, and previous owners of the property were allowed to exempt it from the Floor Area Ratio (FAR) as a nod to its historic status, according to the Director of Planning & Zoning, Katie DeLuca.

Granoff Associates architect Sarah Vitek said the applicant would have liked to keep the cottage but it was cost prohibitive to renovate it.

Peter Levy suggested that the architects for Catterton use the cottage to create a “folly” and incorporate it into the “bosque” outside the office building.

At the end of Tuesday night’s meeting the commissioners decided to leave the item open and suggested the applicant meet with the Historic District Commission. 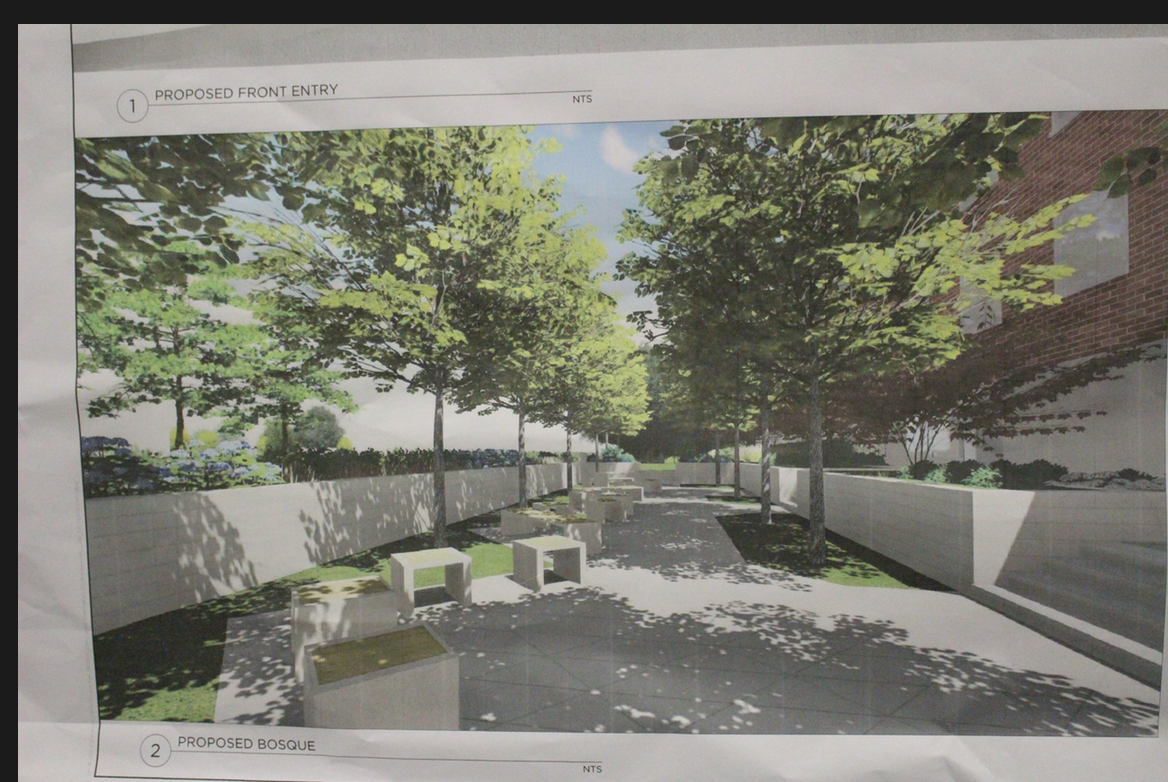 The “bosque” proposed by Catterton’s architects would include the space occupied by the old cottage and stone wall along Putnam Ave at the corner of Weaver Street.

Eleanore Montefusco, landscape architect with Granoff, said the goal is to open up the renovated building to the streetscape, remove 22 mature trees and replace the old stonewall with concrete walls:  one that is 3 ft tall and a second, taller wall, at a 10 ft. setback. Ms. Montefusco said the proposal would enhance the building’s plaza by adding a “bosque” with plantings and row of trees.

The next step for the applicant is to go before the Zoning Board of Appeals at Town Hall on Wednesday, Aug. 12.