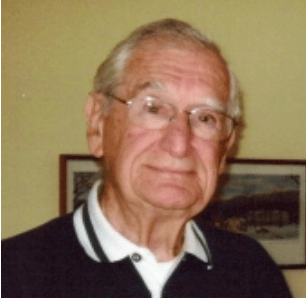 He later graduated Greenwich High School in 1945 then enlisted in the Navy after WWII. Once he was discharged from the Navy he attended Bridgeport Engineering Institute where he became a skilled tool and die maker. In 1951 Vincent was called back to serve his country in the Navy again during the Korean War.

After returning from the war he worked for numerous businesses but retired after 20 years in 1993 from the Pitney Bowes Company in Stamford. Vincent was an active member of the Greenwich Knights of Columbus, Financial Officer of the American Legion Post #29 and was also part of the Post #29 drum corps for over 60 years and a member of the Retired Men’s Association of Greenwich.

Vincent is survived by his siblings Angelo and his wife Katherine and Antoinette Titsworth and her husband John.

He is also survived by several nieces and nephews.

Memorial donations can be sent to the Boys and Girls Club of Greenwich.