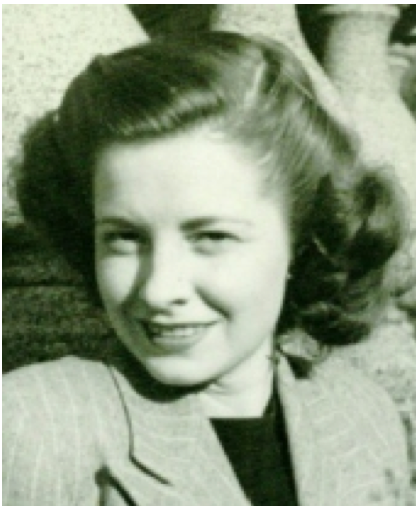 Ruth was born in New York, NY, the daughter of Josephine and Lewis Heinson and sister of William Heinson. She attended Pratt Institute where her life-long love of art began. She was employed in the music business for many years, at Chappell Music, a publishing and artist services company. Ruth later worked in the corporate offices of the Avon company where she was most proud of her responsibility for Avon’s financial grants in support of community initiatives which allowed her to assist women’s service groups all across the country.

After her retirement, Ruth left Roosevelt Island to be closer to her family in Greenwich. There she enjoyed a wide circle of friends at Putnam Hill apartments, where she resided, as well as at the Greenwich Senior Center. Always ready for a competitive challenge, she was an avid badminton player on the seniors’ circuit and, off the courts, a studious chess player. Her skills as a water colorist captured the beauty of scenes on the Greenwich waterfront and around town.

An avid reader and keen observer of current events, Ruth displayed a sharp wit when discussing politics and the news of the day; this was especially apparent at her Sunday night dinners with the family. A proud and independent woman, she lived her long life with strength and dignity.
Ruth is survived by her loving daughter, Karen Marks Joyella of Greenwich, and her son- in-law, Jim. She was a very proud grandparent: to grandchildren Suzanne Joyella of Greenwich and Daniel Joyella of Santa Monica CA, and great-grandchildren Madison Rose Joyella and Sophie James Joyella of Brooklyn, NY.

The family wishes to express its gratitude for the exceptional care provided over the years by Dr. Sunil Rana and the late Dr. Raymond Sekiguchi. In addition, sincere appreciation is extended to the members of the nursing staff at Greenwich Hospital for their compassion and dedication.

A memorial service in celebration of Ruth’s life will be held on Friday, May 20th at 4:00PM at the First Presbyterian Church of Greenwich. In lieu of flowers, donations may be made in her name to the Dana Farber Cancer Institute in Boston, an organization that she supported.