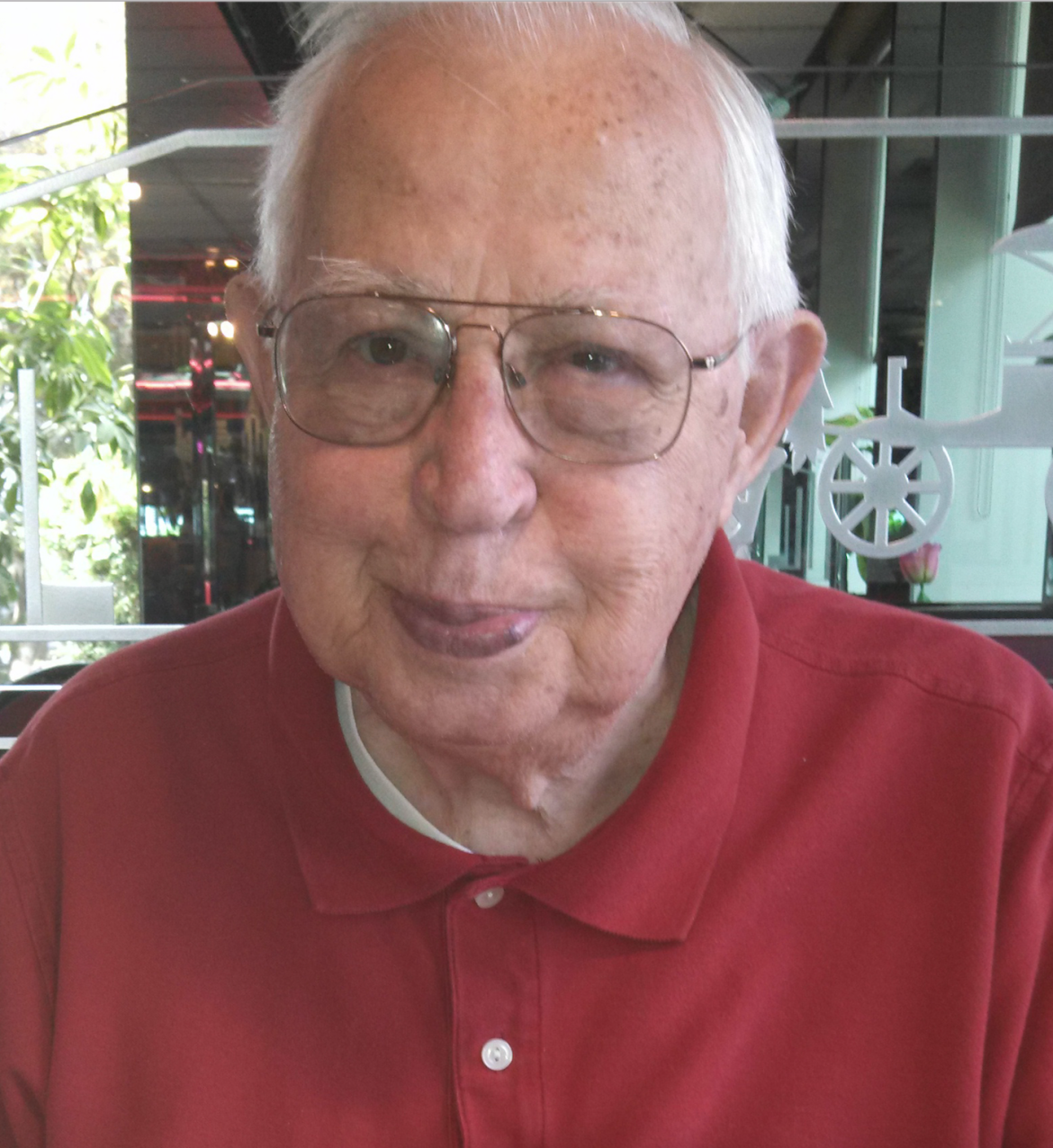 Robert Earl “Bob” Russell, 90, a life long resident of Cos Cob, passed away peacefully, surrounded by his loving family on March 12, 2016.

He was born on February 16, 1926 to the late Mary Gale Russell and James Walter Russell. Bob attended Greenwich Public Schools and was a member of GHS Class of 1944.

He served with the U.S. Army in the Asia Pacific Theater as an Artillery Gun Crewman in the 7th Infantry Division, and was honorably discharged in December 1946. After his military service Bob initially worked as a cab driver in Greenwich where he met his future wife, Laurine, who had called for a cab after working the late shift at the New York Telephone Co.

Bob spent the next 25 years working as a well known local TV repairman. He is still fondly remembered from the late 1950’s when color TV was still a novelty. Once a year he would open the TV store showroom to allow the neighborhood kids to watch the, “Wizard of Oz,” in color.

In 1977 Bob was hired by the Town of Greenwich in the first group of civilian dispatchers in the Greenwich Police Department. In 1978 Bob became the Dock Master at Byram Harbor where he worked until his retirement in 1992. Bob was an active member of the Cos Cob Fire Police Patrol, also serving as an EMT with the Cos Cob ambulance, where along with his son, he helped save lives and bring new lives into the world. He was also a member of the Greenwich Special Police, the Greenwich Squadron of the Civil Air Patrol, the Knights of Columbus Greenwich Orinoco No. 39, and the Mianus River Boat and Yacht Club.

Bob enjoyed reading, traveling, singing, genealogy, cooking, chocolate, and lobster fests. More than anything, he loved visiting with family and friends on the front porch of his home, telling jokes and sharing a good laugh.

In addition to his parents, Bob was predeceased by his wife, Laurine (Fluder) Russell, his sister Shirley Mecsery, and his brother Donald. He is survived by his son Robert J. Russell (Carole), his daughters, Renee Russell Crow, Michele Russell (Glenn Teplica), and Kim Thompson (Jessie), grandsons, Tyler Crow, Jessie Thompson III, and granddaughter Kacie Thompson, as well as many nieces and nephews.