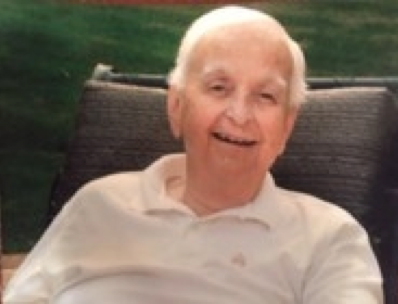 Proc was born and raised in Montclair NJ, attended Montclair Academy, The Taft School, served in the US Navy at the end of WWII and graduated from Williams College on the GI Bill.

He studied medicine in Switzerland where he met his bride of 63 years, Nicole Olry deLabry. They married in 1953 and settled into an apartment on 5th Avenue. Proc’s early career was in advertising. In 1957, he moved his young family to Lincoln Avenue in Old Greenwich. By 1972, the family home for the next 43 years would be at 21 Leeward Lane, Riverside.

Proc’s later career was in executive search. His proudest accomplishment was raising his three daughters Pam, Christie and Mary Lou whom he fondly called his three jewels. He was a faithful parishioner of St. Paul’s Episcopal Church and enjoyed travel to the Holy Lands, China and Europe to visit Nicole’s family and Asia, to visit Pam and Christie. He had many hobbies that kept him busy… antiquing, refinishing furniture, gardening and skiing. He will be remembered for his sharp intellect, conservative values, Yankee thrift, genealogical interest in the family tree, devotion to his mother for whom he was named, the high standards he set for his daughters, pride in his New England heritage, and a student of history, geography, politics, music and art.

Most of all we salute Proc’s steadfast devotion to his wife, Nicole, and for his love of his daughters. He is also survived by three loving sons-in-law and six grandchildren; Ken Paley, husband of Pam, Jeff and Lauren, of Cincinnati; Scott Kozak, husband of Christie, Steven and Leigh of Sudbury, MA and Mark Tolette, husband of Mary Lou, Robby and Anna, of Cos Cob.

There will be a service celebrating Proc’s life at St. Paul’s Episcopal Church, 200 Riverside Ave., Riverside, CT on Saturday, April 2nd at 2 PM. In lieu of flowers, you may make a contribution to Proc’s beloved St. Paul’s Church (Faith in Action Team).