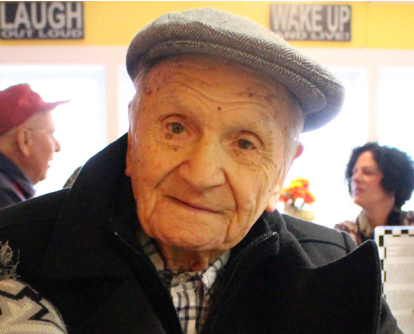 Michael was born on February 7, 1914 to the late Louise Siciliano Chiappetta and Peter Chiappetta. He was predeceased by his wife Helen “Lina” Bria Chiappetta of 74 years.

Mike was a master salesman for Pontiac during the 1960s to 1970s, then moved over to selling Hondas.

He was well known as the most successful car salesman in the district for 24 years. He was a 4th degree with the Knights of Columbus. He was a Fairfield County Sheriff and a Constable for the Town of Greenwich.

He was extremely involved in the Republican Town Committee and very instrumental in establishing Lowell Weicker’s career. Mike was also the Ranger for the Millbrook Country Club for 25 years until he reached the age of 100.