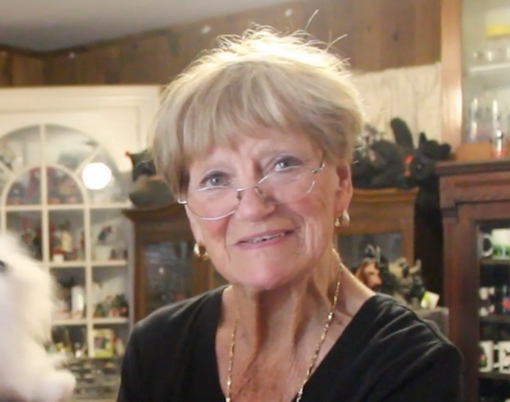 Carolyn Cushing Clarke Antonik was born December 27, 1936 in White Plains, New York, was raised in Marblehead, Massachusetts. She later moved to Greenwich, where she lived for more than 50 years.

She passed away December 21, 2017 of Cardiac Arrest/Atherosclerosis at the age of 80…just shy of her 81st birthday.

Carolyn, better known as “Buzzie,” was the daughter of the late John and Charlotte Clarke from Marblehead, MA; her beloved youngest sister Kimball Brooks from Parrish, Florida is deceased. C

Carolyn lived in Greenwich with her late husband Christian “Chris” Antonik and is survived by her three children from a former marriage to George Rogers of Bainbridge Island, Washington.

She is also survived by her four teenage grandchildren, Christopher and Shae Hubka and Dean and Owen Stutler, as well as her younger sister Penny Wigglesworth from Marblehead, Massachusetts and Naples, Florida.

Carolyn made her debut in Boston, Massachusetts in the 1955 season. She traveled extensively throughout the world living in Berlin, Germany, Taiwan and Hong Kong.

She was a stewardess for Northeast airlines from 1956 to 1964 and was based in Miami, Florida. She worked several secretarial jobs before becoming a manager at Center Hardware, now Cos Cob Hardware, for almost 30 years.

She loved looking out every window with astounding views of Long Island Sound from her magnificent 300-year-old Byram home. Carolyn collected, created and loved her expansive Scotty & Westie dog collection, a veritable museum showcase that was admired by all who had the pleasure of viewing it.

Her love of animals was unmatched and unconditional.

Over the years, Carolyn won numerous awards in swimming, tennis, badminton and bowling. She was an avid fan of UCONN Basketball, Notre Dame Football, Patriots Football and NY Mets Baseball. She volunteered at Greenwich Hospital and at the children’s schools and was also a Girl Scout leader. She loved fishing and country western line dancing. She was a member of the Greenwich Boat & Yacht Club; their boat, a 35 foot Bertram, was named “No-Bru” after all of the Bruno German and Czechoslovakian Shepherd dogs who have since passed on.

Carolyn’s favorite saying was, “I don’t procrastinate, I reschedule!”

Carolyn was loved and supported by her three children, the Wigglesworth and Brooks family, her late husband Chris and the Antonik family, as well as countless friends who were extremely generous with their time and compassion during her battle with non-Hodgkin’s Lymphoma (cancer of the spine). She displayed such incredible courage and tenacity throughout her battle with cancer, showing a positive attitude which helped carry her through the endless tests and treatments that were necessary to battle cancer. She never complained and looked at everything in such a positive light.

No Christian service is planned as the memorial will be private. A celebration of life will be planned by the immediate family for the summer of 2018 (TBD).

Donations in Carolyn’s memory may be made to Adopt-a-Dog at Cox Street in Armonk, New York or to the American Cancer Society

Carolyn Antonik – Passing on the Love for Byram’s Beautiful Cemeteries