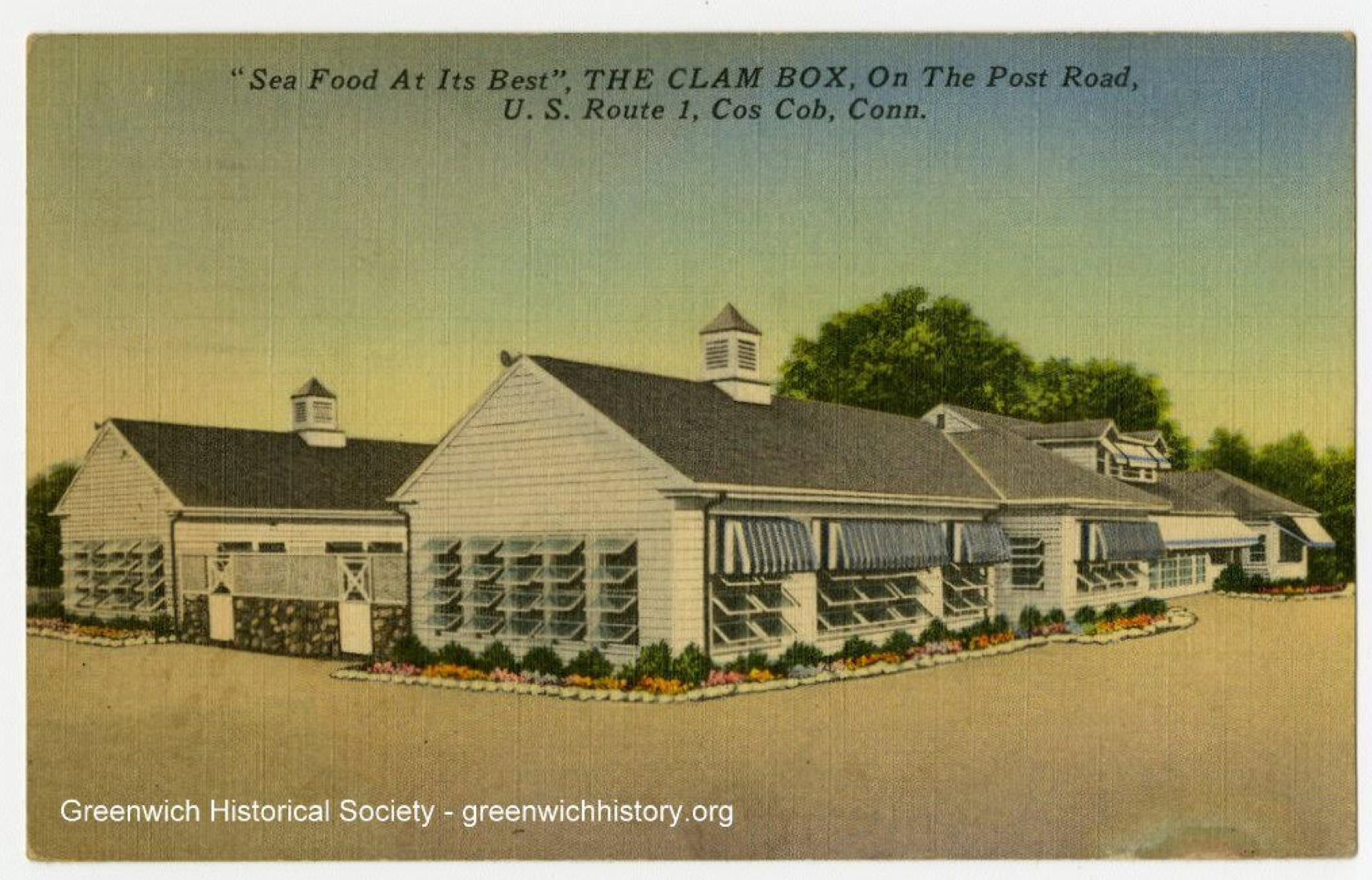 Arthur Gross, owner of the Clam Box Restaurants in Connecticut, died peacefully on Thursday, February 4 in Palm Beach, at the age of 90. His cherished family restaurant closed in 1985, and is still missed. In the early days the seafood operation would stay open til 2am. Before the advent of TV and air conditioning, in the summer Greenwich residents would go out for a drive late at night and stop for a snack.

At Greenwich Library, the oral history project includes Penny Bott-Haughwout’s interview with Arthur Gross whose parents Anna and George started the first Clam Box in Cos Cob in 1939 at the corner of the Putnam Ave and Salem Street.

He was born on December 4, 1925 in New York to George and Anna Gross. Arthur worked at the restaurant starting as a young teen, and after returning from service in WWII, he resumed work at the Clam Box, along with his wife and sisters.

He is survived by his wife, Priscilla Tunick Gross of Palm Beach, FL. He is, also, survived by his two sisters—Doris Gross Nussbaum of Bloomfield, CT. and Barbara Gross Lorenzo with her husband, Anthony Lorenzo of Stamford, CT.

He is, also, survived by three children—his daughter, Tina Gross Bisbee and son-in-law, James Bisbee of Cos Cob, CT; his son, Michael Gross of Boca Raton, FL; and his son, Donald Gross, and daughter-in-law, Maureen Burke Gross of Wellington, FL.

There are also two great-grandchildren–Ryan and Tyler Camiglio of Norwalk, CT.

See also: Longing for the Clam Box on Hot Summer Nights in Greenwich