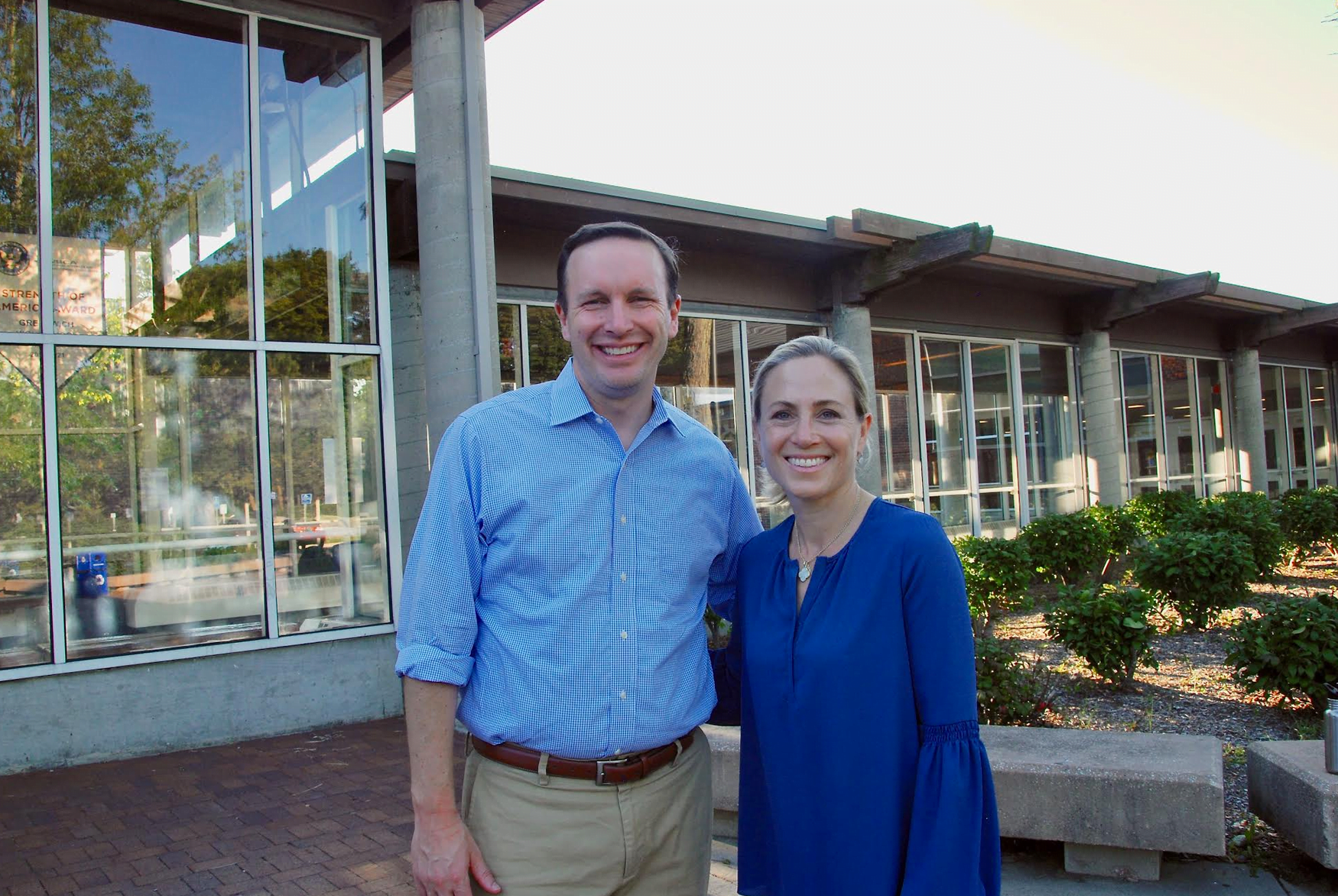 Alex Bergstein is the Democratic candidate running for State Senate, 36th District, which includes Greenwich and parts of Stamford and New Canaan.

“Alex has real solutions to the fiscal crisis in Connecticut and she has a long track record of fighting for our values,” Murphy said. “She’s is a leading advocate for gun safety, the environment, and our children’ health. I know Alex will work to restore fiscal discipline, bring businesses back, and create long-term economic growth in our state.”

Bergstein is an attorney who is is earning her PhD in environmental law from Yale. She was Chairman of the Mount Sinai Children’s Environmental Health Center (2013-2016), the world’s only research center dedicated to studying the effects of early life exposure to toxins in the environment. She helped build the research lab that now receives $100 million in grant funding from the National Institute of
Health. She led “Greening our Children,” a local organization dedicated to educating and informing people about toxins in the environment. Early in her career she was an attorney for the Children’s Defense Fund in Washington, D.C.

Bergstein has worked to protect women’s right to choose and against gun violence and domestic abuse. She founded and was president of The Parity Partnership, an organization committed to educating the public about the economic benefits of gender equal policies.

Bergstein is a longstanding supporter of Planned Parenthood, Connecticut Against Gun Violence, Coalition for Safe & Healthy CT, and the Women’s Business Development Council.

“I’m honored to be endorsed by a true champion of our rights and values” said Bergstein. “Senator Murphy is a courageous leader who prioritizes us and works tirelessly to make our world safer.”