The I-95 southbound Speed Change lane between exit 14 and 15 is now officially open for traffic.

This lane is a part of a multi-year effort to alleviate congestion at what is often called “choke point number one.” 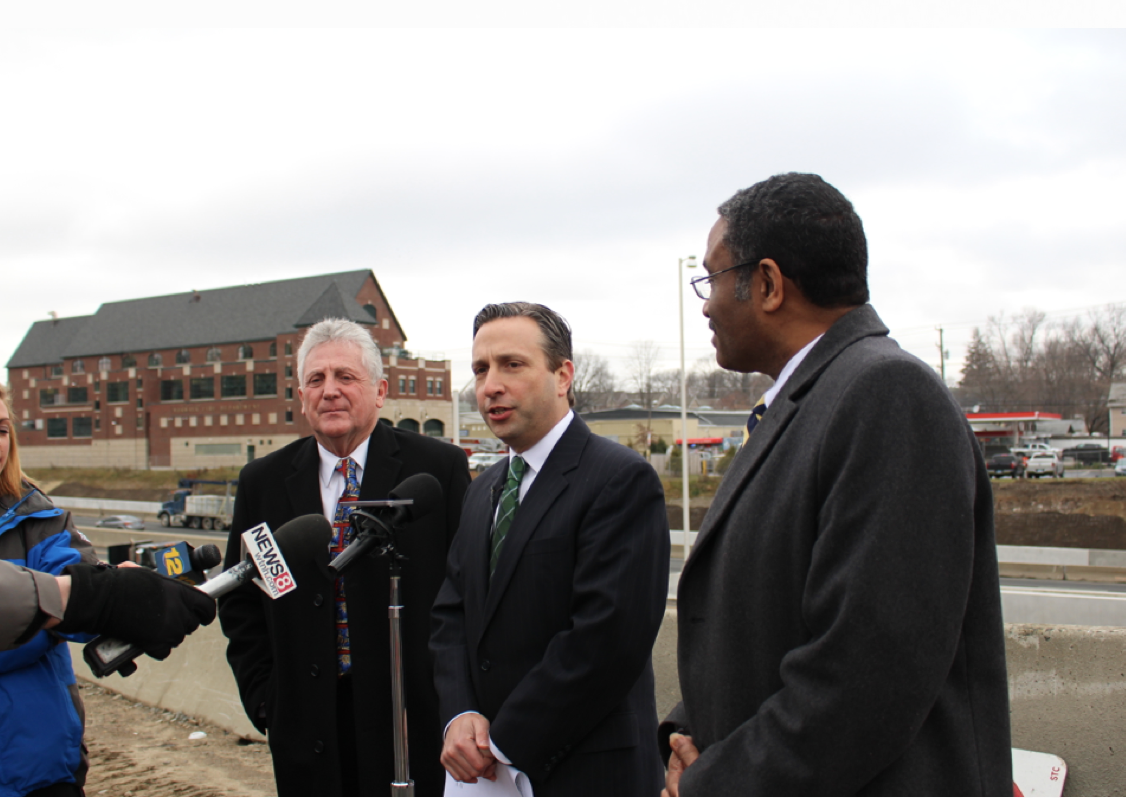 The speed change lanes between exits 7 and 8 in Stamford served as models for Norwalk.

The project gives an additional lane in each direction between exits 14 and 15 so drivers have more space and time to adjust their speeds outside of the main traffic flow as the transition to or from the interchange ramps.

As part of the widening, three bridges – Fairfield Avenue, Cedar Street, and Taylor Avenue  – will be replaced and widened over I-95.

This Project will also increase the drainage throughout the area and improve Route 1 including widening, paving, drainage, and traffic signal upgrades.

More info can be found at www.i95norwalk.com

See also: New Speed Change Lanes on I-95 in Norwalk Should Ease Congestion