The Planning and Zoning agenda on Oct. 21 features River Road Development, LLC’s request install a tent from March to December. The applicant, who purchased the properties at 89, 143 and 137 River Rd, including the spot where Sandy operates her Summer Stand, plan to create a rowing organization, RowAmerica, and have posted the old red building that was home to Fjord Fisheries and the adjacent gray office building for demolition.

The purpose of the tent, which would be erected until December, is to create shelter for rowers coming out of the water. The presence of an 8 x 40′ storage container was discussed during Monday’s briefing in advance of Tuesday night’s meeting. 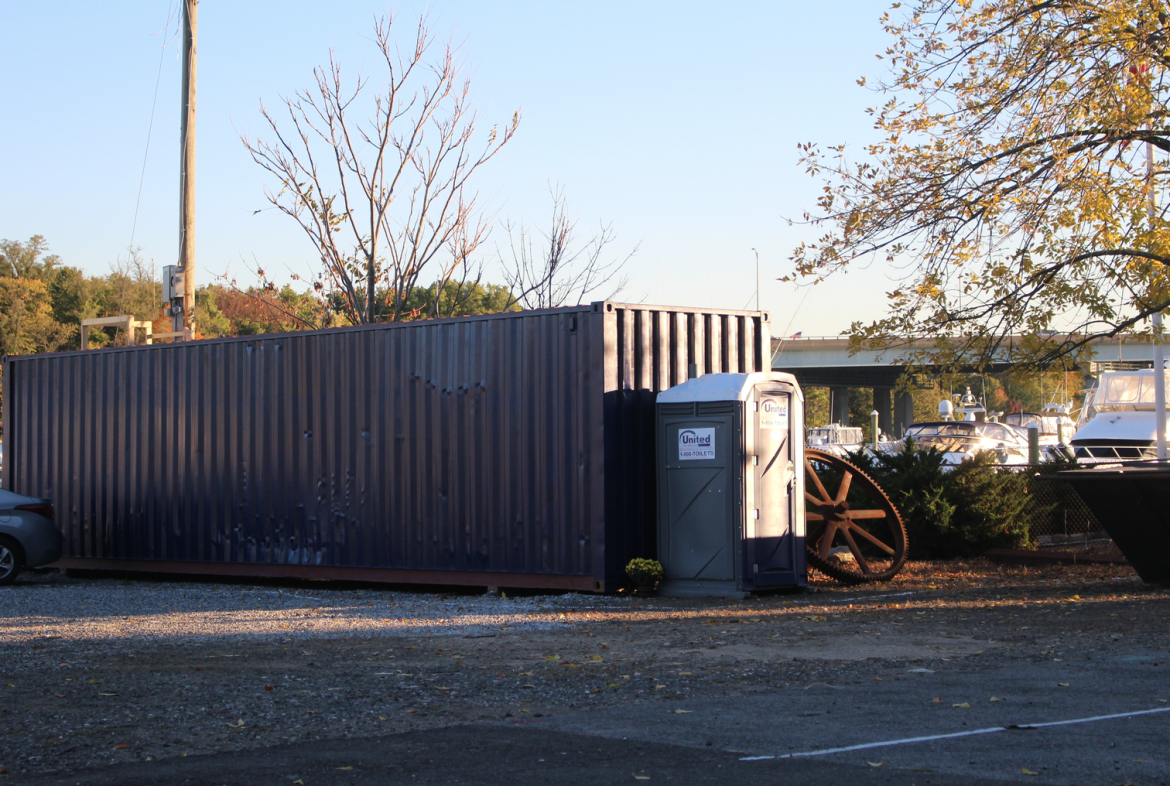 “Storage containers are the thing of the moment,” Mrs. Ramer said, citing two behind CVS and one behind the train station in Old Greenwich. “That’s like a temporary building,” she said. 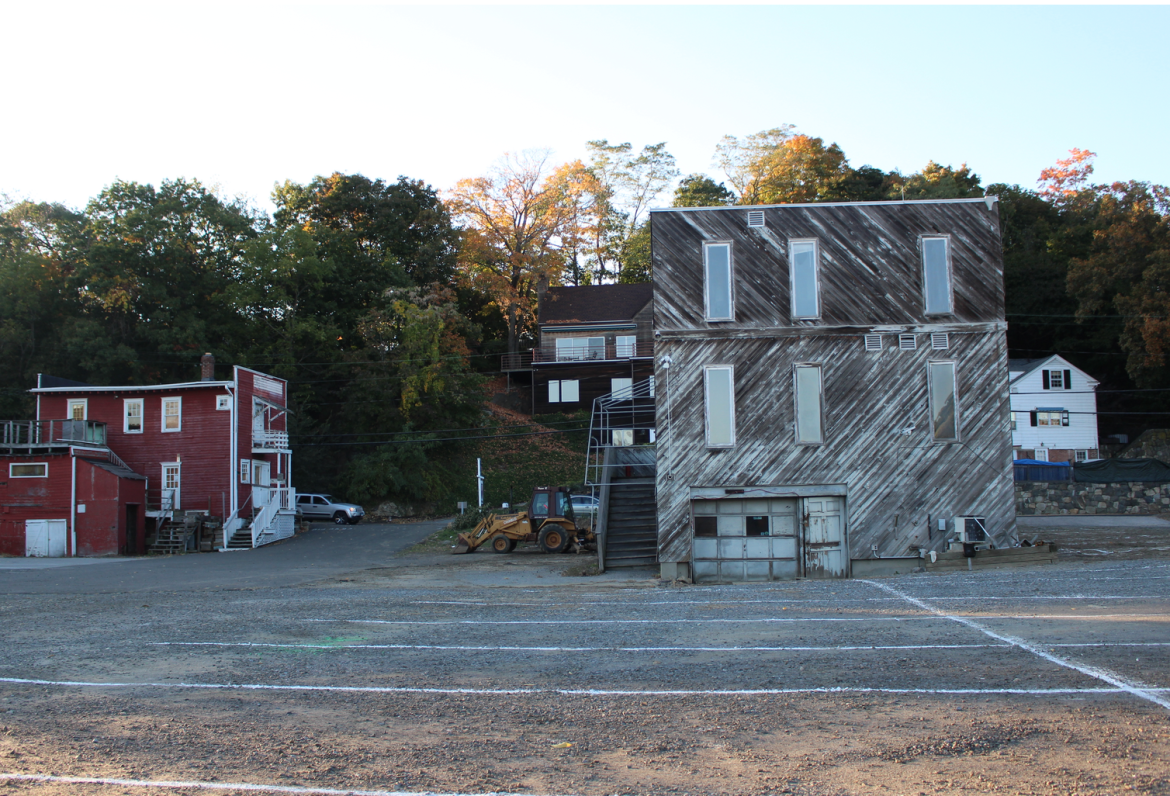 The parking lot for RowAmerica has been striped on gravel at 137, 143 River Rd. Credit: Leslie Yager

The applicant has striped the parking lot, as the commission instructed, though it is on gravel and will likely vanish over the winter.

The commissioners anticipate that the applicant will submit a full phasing plan to begin in the spring. In the meantime, the applicant has indicated that the tent will be installed as soon as it is approved, and will be maintained through December. 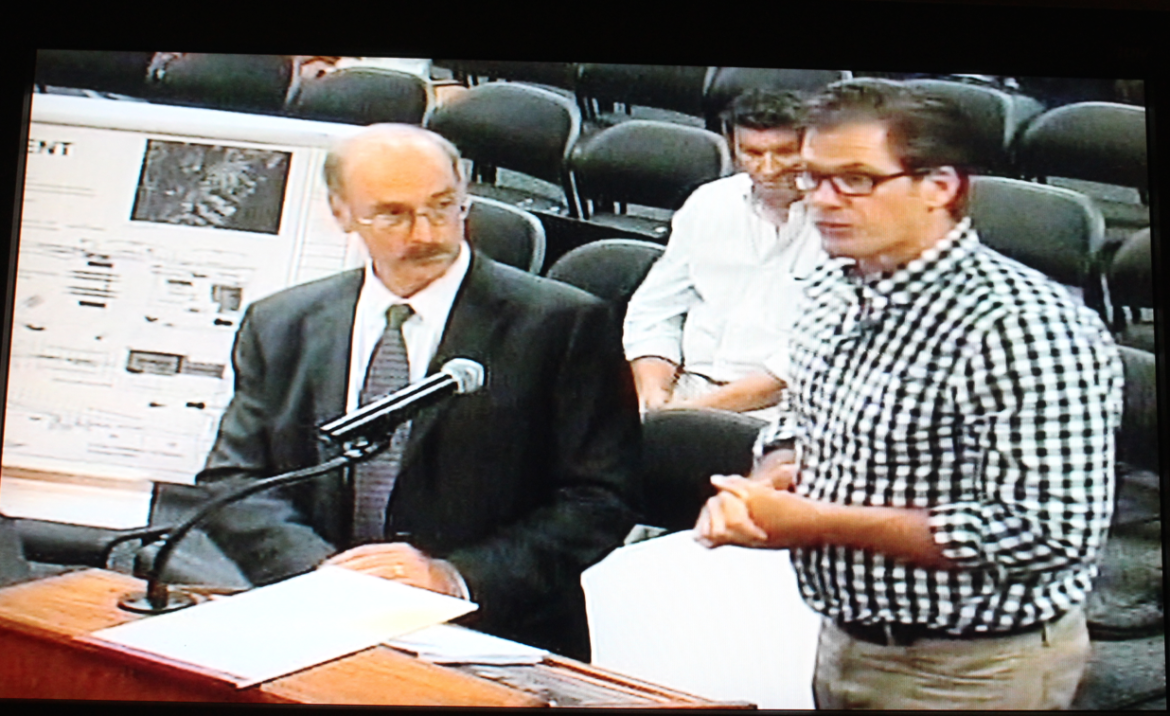 Back in July, Attorney Thomas Heagney and Dave Dickison addressed the Planning and Zoning Commission with their application for a rowing club on the site of the former Fjord Fisheries.

Though the request on Tuesday’s agenda is for a tent, there was no mention of the storage container for in the documents for the Oct. 21 meeting. “Why do we have to have another one of these containers down there? Why can’t they use the building?” Mrs. Ramer asked.

On the topic of Sandy’s summer stand, the commissioners have yet to learn the fate of the longtime fruit and vegetable stand that has operated out of the parking lot behind the former Fjord Fisheries building.

Back in July, Dave Dickison, President of Row America with clubs in Rye and in Saugatuck Rowing in Westport, said the majority of the Greenwich club programs will be oriented for children.

Also, during the July Planning & Zoning meeting, Harbor Management Commission member Peter Quigley lamented the lack of communication between the two commissions on applications such as the one for the rowing club. He said it was a pity to lose dock spaces, which are in short supply in town. 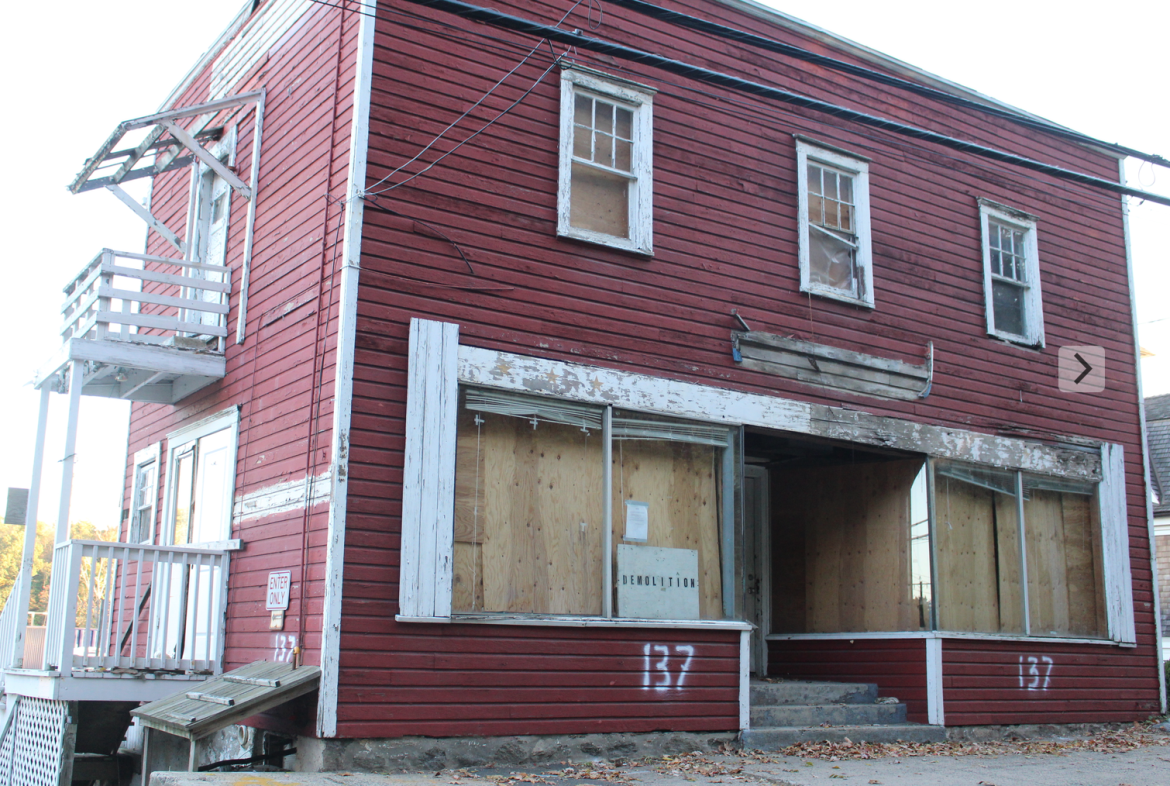 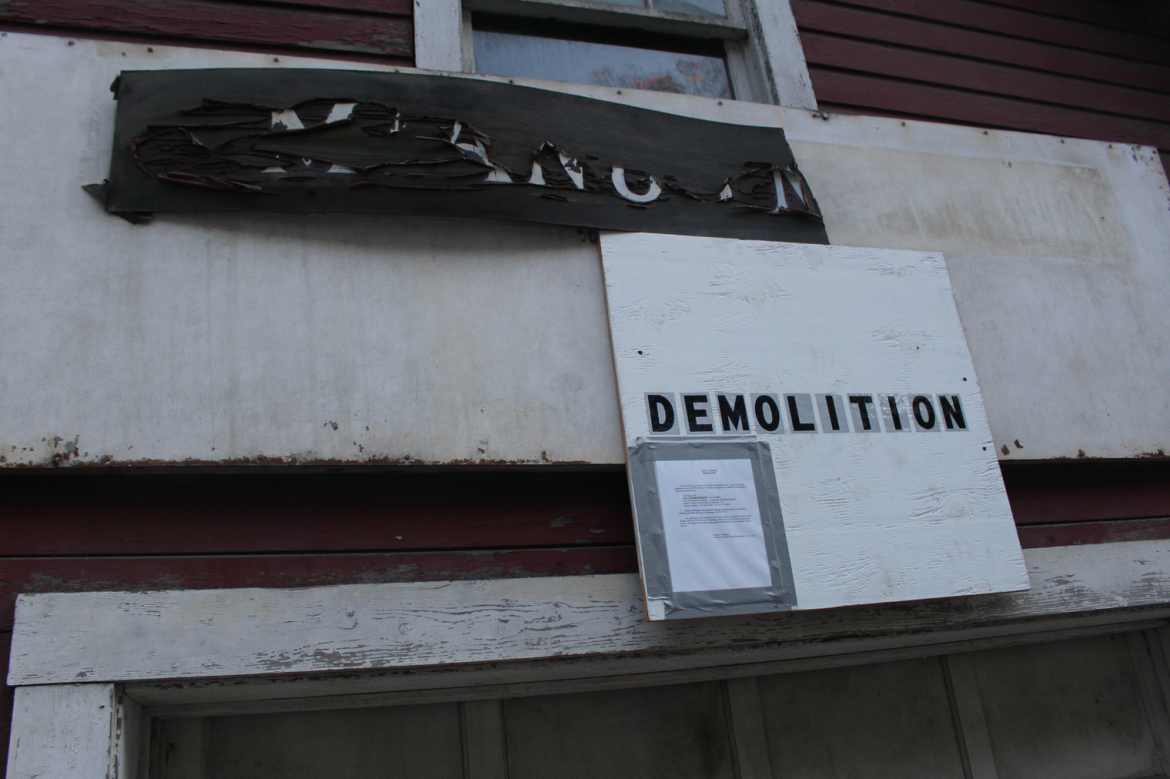 Rowers on a beautiful fall afternoon on Mianus River, parallel to River Rd in Cos Cob, Oct. 20, 2015. Credit: Leslie Yager