On Wednesday, at the peak of a blustery wet rush hour, Governor Malloy arrived at Greenwich train station, appearing with the Democrat slate of candidates, including First Selectman Frank Farricker and Selectman Drew Marzullo who is seeking re-election. 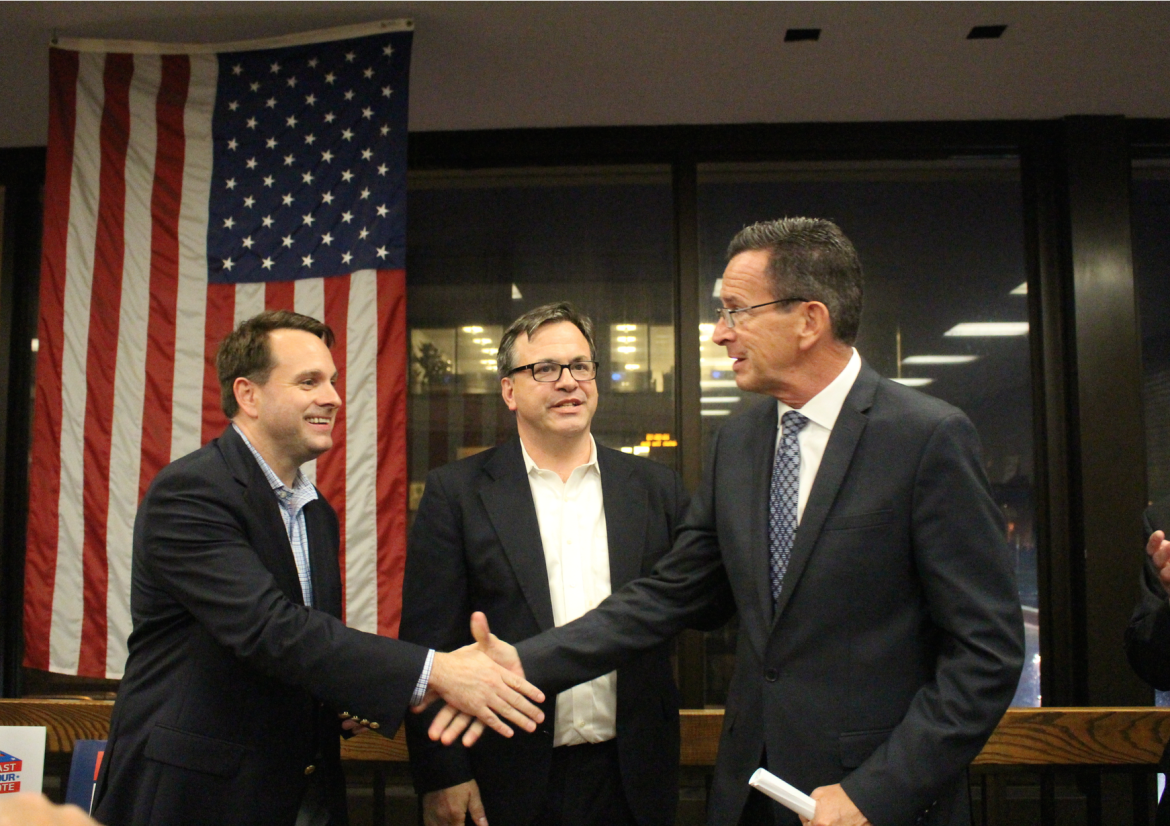 In his remarks Gov. Malloy described how in the past, he would call on companies in New York city and convince them to move their jobs to Fairfield County. But, he said, that is no longer the case. “They’re going across the river to NJ or moving in bigger numbers to Westchester, in part because they felt Connecticut was not prepared to take necessary steps to improve transportation.”

But, he said, that has changed and a vibrant transportation plan is being rolled out to maintain roads and bridges in Connecticut. “A lot of early money is directed to the rail system,” he said. “We need  to move people ever quicker in and out of New York city.” 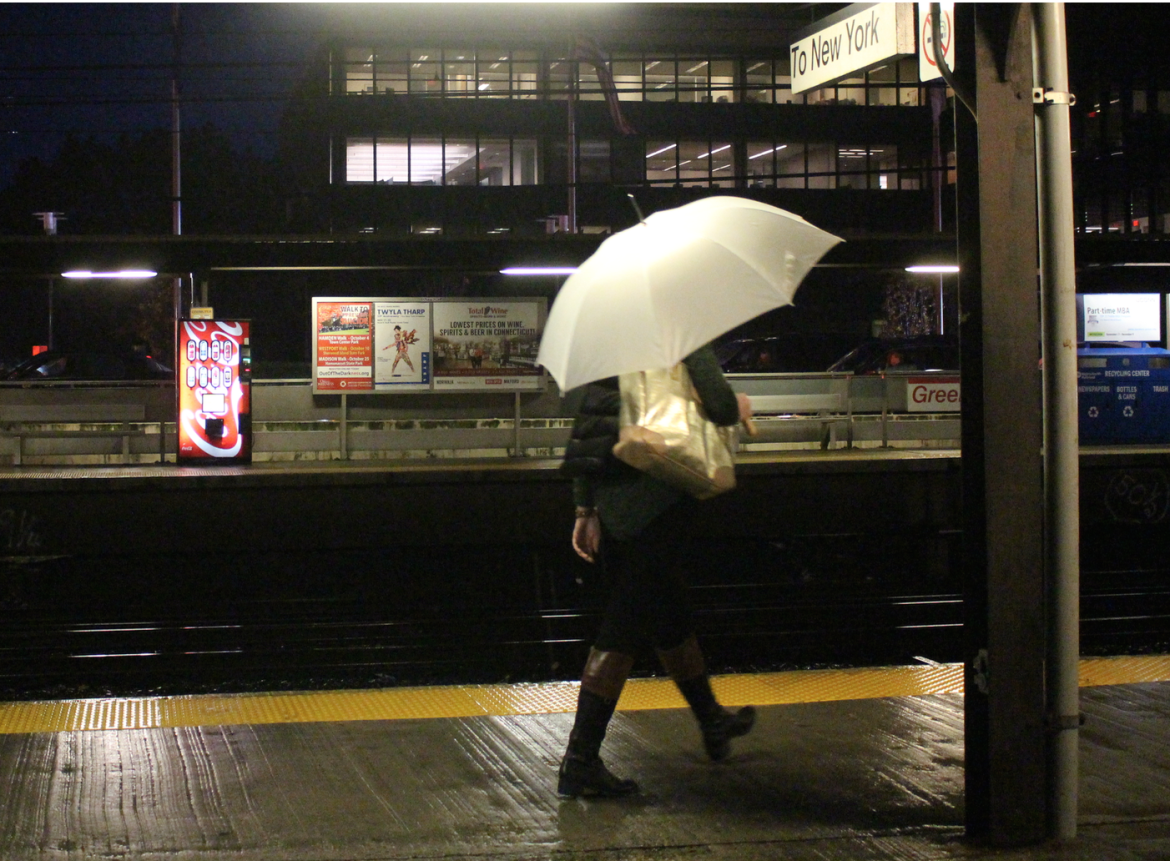 The Governor said he was pleased at how much progress had been made in Connecticut this year.

“We got the legislature to commit a half cent of the sales tax for transportation purposes, and they passed the legislative lock box,” Malloy said. “Now I want them to do a Constitutional lock box so that it goes into transportation and we get the kind of transportation system Greenwich is worthy of.”

“I have a long track record of working with you guys on these issues,” he said with a nod to Mr. Marzullo and Mr. Farricker. 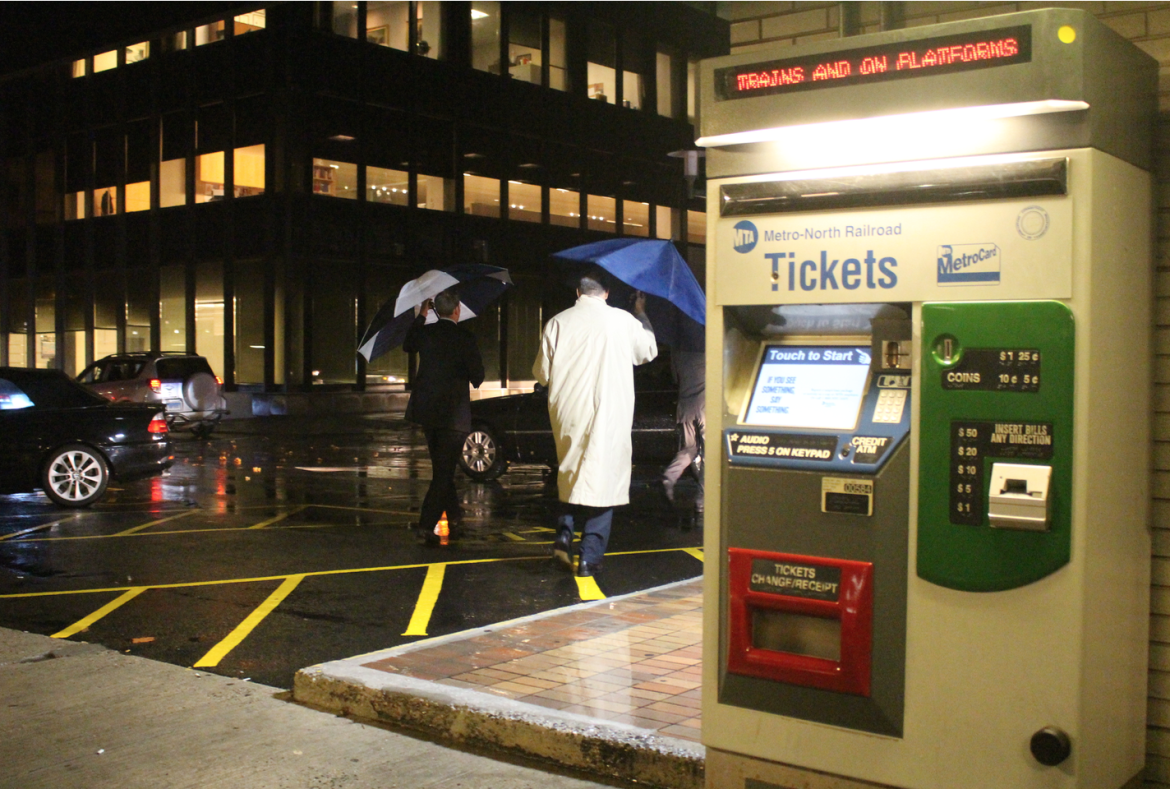 Mr. Farricker thanked the Governor for his leadership on transportation. Formerly a commuter for seven years, Mr. Farricker described Greenwich commuters as the lifeblood of the town. However, he said there is a waiting list of 2,500 Greenwich residents for parking, and vowed to explore adding a parking deck at the Island Beach parking lot if elected. He also described the intersection at exit 3 as a mess that needs to be cleaned up.

“Some people during this campaign have said the state and federal government are stopping us from advancing,” Farricker said. “Hartford is not our enemy.” Mr. Farricker pointed out that one of the first acts of Governor Malloy was to sign the certificate of need for Nathaniel Witherell. 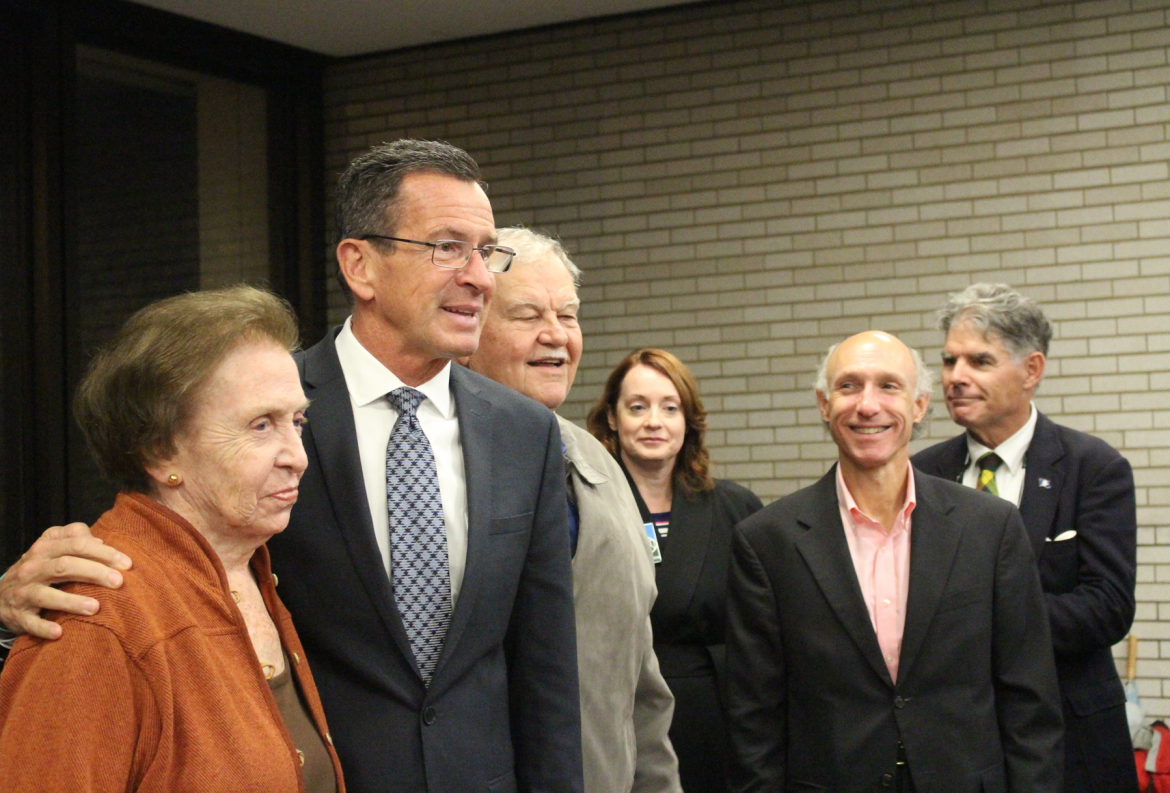 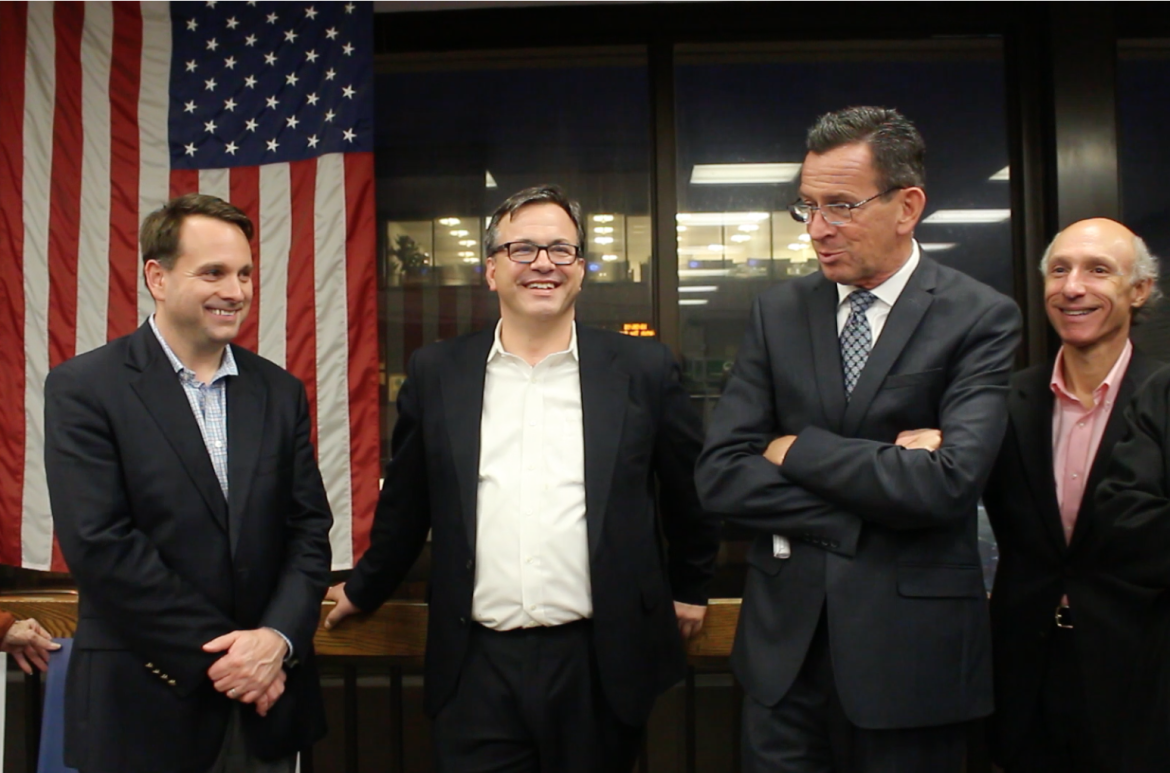 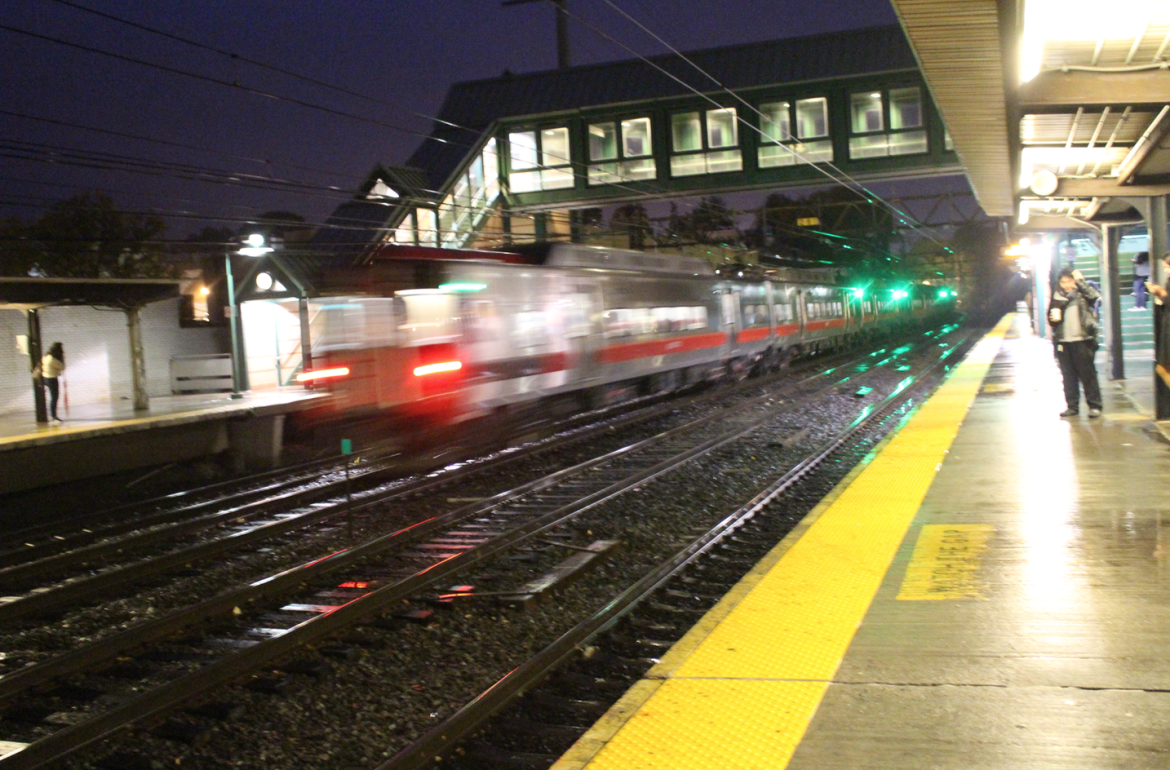 Malloy lamented traffic congestion in Connecticut. “This system is not working for any of us now. The average wait time for every citizen in Connecticut is 40 hours.”

“That’s just congestion. It’s not an accident. It’s not the weather. It’s congestion,” he said, adding that congestion has a yearly cost in Connecticut of $4.2 Billion.

“A larger share of that lost opportunity comes from this area,” Malloy said. “The earliest part of this funding program is for rail and bus and mass transportation opportunities.”

“I have a great relationship with this team and have worked with them over they years. They know how to get me on the phone,” he said. “I felt it was important for me to come down to Greenwich and show my support. These are extraordinary individuals.” 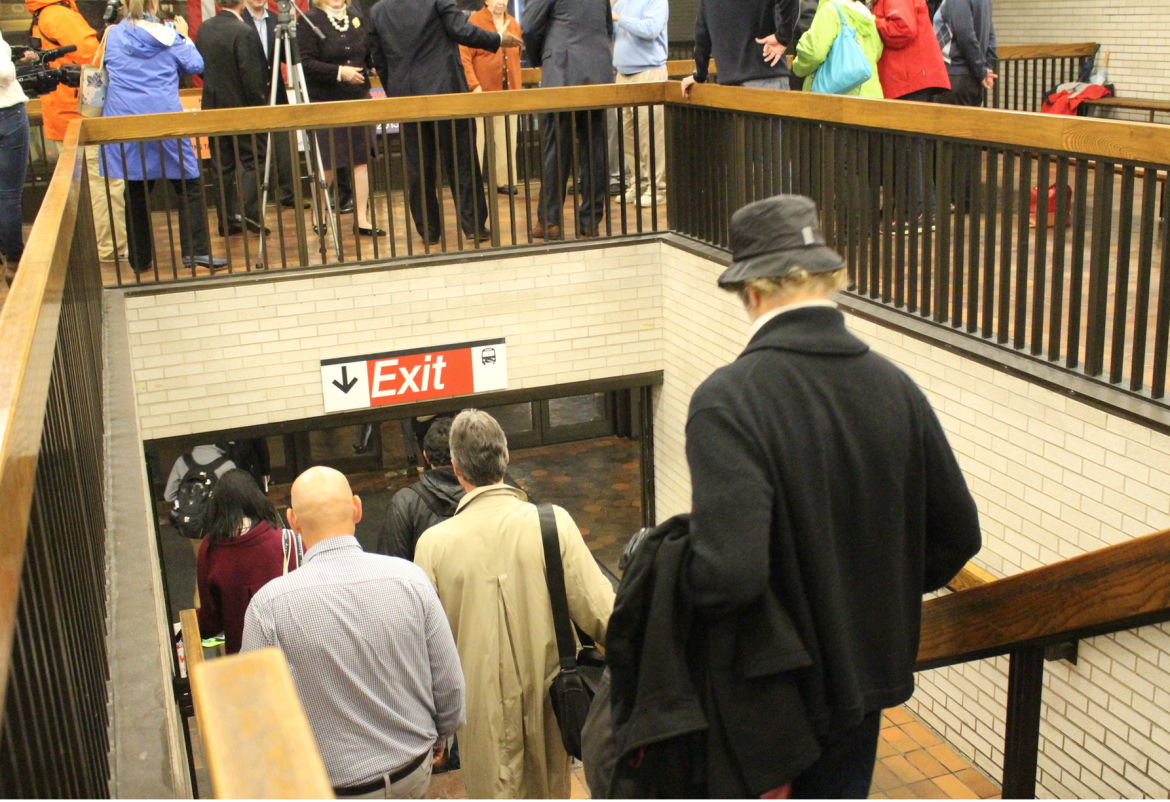