State Representative Livvy Floren (R-Greenwich, Stamford), an Assistant House Republican Leader who has held the 149th General Assembly seat since 2001, announced Monday that she will not seek reelection.

“After 20 years in a job I truly love, it’s time. I’m not shy, but I am retiring,” Rep Floren said in a release from House Republicans. “In my two decades in office, I have served with four Governors, five Speakers of the House, three Minority Leaders, four Greenwich First Selectmen, and three Stamford Mayors, and have logged 174,000 miles on the Merritt Parkway. During that same time span, Doug and I celebrated our fifty-second wedding anniversary, the marriage of all four of our children, and the birth of ten grandchildren. In the words of one of my favorite philosophers, Winnie the Pooh: ‘How lucky I am to have something that makes saying goodbye so hard.'” 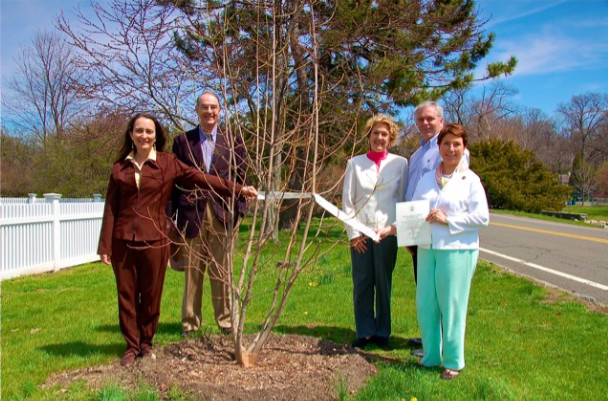 RTC chair Dan Quigley said in an email Monday that when Floren approached him to say she was weighing retirement, he told her that it was a decision she needed to make based on what was right for her and her family.

“It’s really a personal decision and Livvy had certainly earned the right to make it herself,” he said.

“As for the mechanics of replacing Livvy, it’s never easy to replace someone who has cultivated such widespread respect within our community as Livvy has,” he said.

“That being said, I view this as an opportunity to pave a path for a candidate that will bring a fresh perspective to the table. The RTC has a deep bench from which to choose and I am confident that the process will produce a highly qualified candidate whom will build on Livvy’s successes and establish their own voice.”

Quigley said Floren deserves all the accolades she will get in the coming days and weeks.

“She’s everything you want a public servant to be,” he said.

Floren was first elected to the state legislature in 2000, succeeding ten-year incumbent, Republican Janet Lockton, whose campaigns Floren had managed on more than one occasion.

Prior to that, Floren served two terms as a member of Greenwich’s Representative Town Meeting and was also on the Board of Estimate and Taxation.

In Hartford, State Rep Floren serves as Ranking Member of the Bonding sub-committee, and as a member of the Finance, Revenue, and Bonding and the Insurance and Real Estate Committees. As a leading voice in the budget process, Rep Floren helped secure funding for critical state programs and initiatives. At the same time, her famous saying – “needs before ‘nice to haves'” – has served as a friendly reminder to her colleagues that each budget must have the taxpayers in mind, and that fiscal responsibility is of the utmost importance.

Rep Floren also serves as a member of the Greenwich Tree Conservatory’s Advisory Board and has been involved with the Air Conservation Trust, Greenwich Community Gardens, the Greenwich Point Conservancy, and the Stamford Watershed Association.

In Hartford she advocated for environmental sustainability including clean water, land conservation, and pollution control.

She has also supported the preservation of historical and cultural sites, and has been a champion for economic development in Greenwich and Stamford.

The release from the House Republicans described Floren’s support of women’s issues as the hallmark of her legislative career, noting that in the last few sessions, she has championed legislation addressing sexual assault and harassment, pay inequality, and domestic violence. She has advocated for women’s reproductive rights and the expansion of healthcare coverage to include essential benefits for women, children, and adolescents.

“As I look back on my time in Hartford, I am grateful for the friends I have made and the important work we have done together,” Floren said. “Greenwich has been my home for nearly fifty years, and it gives me great pleasure knowing I was able to give back to my community, as well as our neighbor, the City of Stamford. I cannot thank my constituents enough for placing their trust in me. I am also thankful for my family’s love and support, especially during those late session nights. I would also like to thank our local leaders, both past and present, for being exemplary role models and for their work on behalf of our residents.”

Lastly, Floren would like to thank her colleagues in Hartford for the memories.

“Whether we served on the left or right side of the aisle, we always advocated in the best interest our constituents. It has been a true honor to serve with you all. I will miss it, but I am also looking forward to the next chapter in my life,” she said.