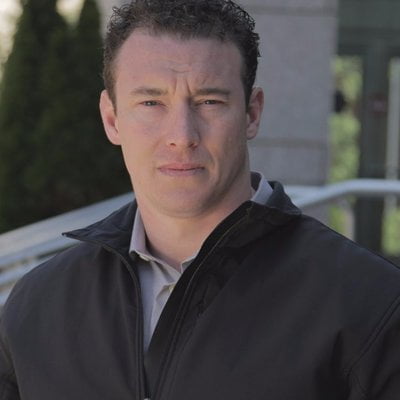 I’m sorry. I’m not sorry that my words were published, I am sorry that I said them in 2013. Those words do not reflect who I am or what I stand for, I regret saying them. Last night I informed the WH that I was resigning so as not to distract from POTUS’ many success. #noexcuses

Original story 12:15am Friday: Carl Higbie, a graduate of Greenwich High School who was appointed last summer by Trump administration as chief of external affairs for the federal agency that runs AmeriCorps, resigned on Thursday.

The Corporation for National and Community Service (CNCS), where Higbie worked, is responsible for managing millions of American volunteers.

The resignation followed a CNN review of Higbie’s past radio appearances between 2013 an 2016, which included numerous racist, sexist, anti-Muslim and anti-LGBT comments.

CNN’s review included an audio of a June 2013 radio appearance in which Higbie said, “I just don’t like Muslim people.”

“Well people are like, ‘well, you can’t hate somebody just for being Muslim.’ It’s like, yeah, I can,” Higbie said.

Later, in a December 2013 radio appearance, when he was host of the radio show Sound of Freedom, the former Navy Seal said black women think “breeding is a form of government employment,” according to CNN reporter Andrew Kaczynski.  “Somebody who lives in my condo association that has five kids, and it’s her and her husband with the five kids and the mother, the grandmother of the kids, and they don’t have jobs, they’re there all the time — I bet you can guess what color they are — and they have no job,” he said during the same program.

In other recordings uncovered in the CNN review, Higbie disparaged military veterans with post traumatic stress disorder, saying they have “a weak mind” and that the large majority of people with PTSD were being dishonest.

“I’d say 75 percent of people with PTSD don’t actually have it, and they’re either milking something for a little extra money in disability or they’re just, they honestly are just lying,” he said on another talk radio show back in 2014.

In a 2013 episode of “Sound of Freedom” Higbie said Americans with guns should be able to shoot undocumented immigrants who try to cross into the US at the border. “What’s so wrong with wanting to put up a fence and saying, ‘Hey, everybody with a gun, if you want to go shoot people coming across our border illegally, you can do it fo’ free,’” Higbie said. “You cross my border, I will shoot you in the face.”

Higbie, who dropped out of college to join the military as troops were being deployed to Iraq, served two tours of duty in Operation Iraqi Freedom.

As a spokesman for pro-Trump super PAC Great America, Higbie was a frequent advocate for the candidate during the presidential campaign in 2016. He appeared regularly on Fox and CNN.

Higbie also sought the Republican nomination to run for Congress against Democrat Jim Himes in 2014. One of three candidates who sought that nomination, ultimately it was State Senator Dan Debicella who got the party nod, though he lost to Himes.