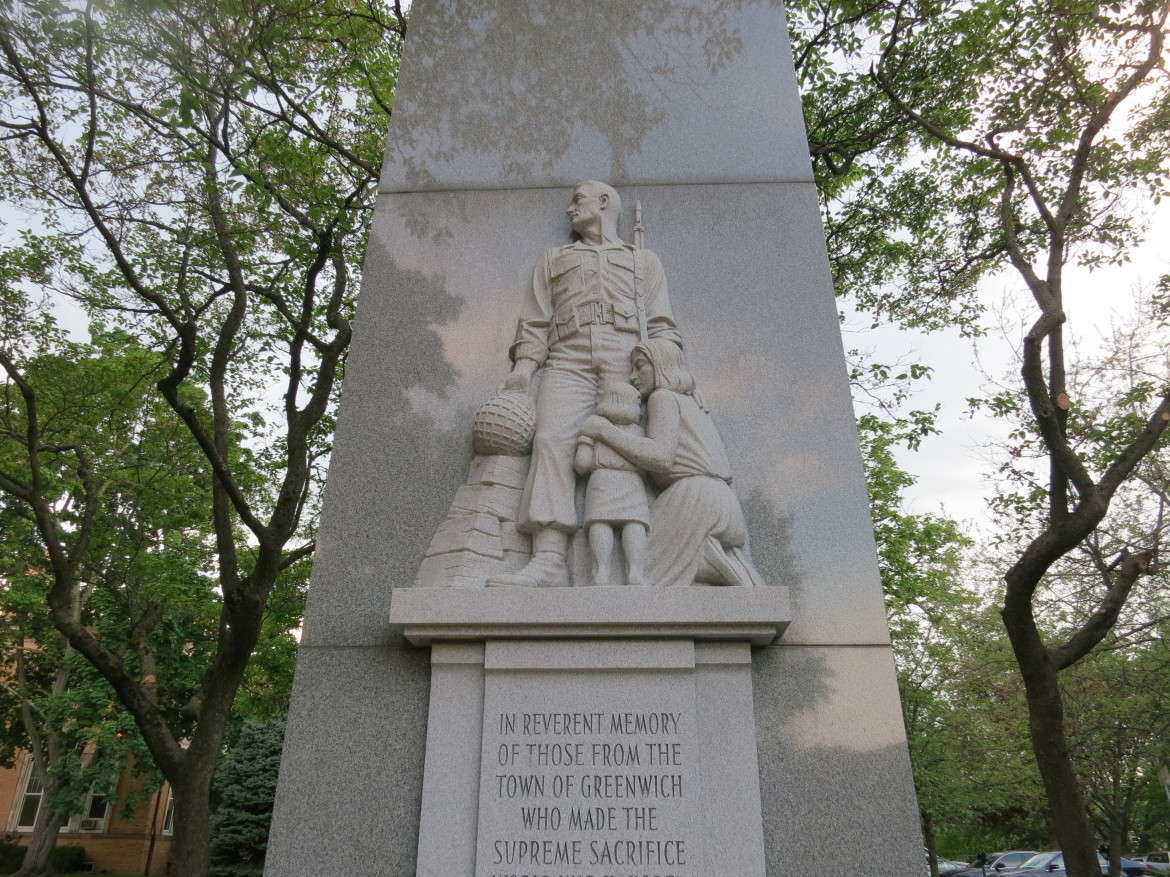 At Thursday’s Selectmen meeting, Dave Theis gave a shout out to Lt Keegan and the Silver Shield Association for treating the war memorials on Greenwich Ave some TLC in time for Memorial Day.

“They took it upon themselves to get the war monuments on Greenwich Avenue steam cleaned and power washed,” Theis explained. “They look terrific, brand new, he added, noting that dirt and fungus had collected on the stone surfaces. 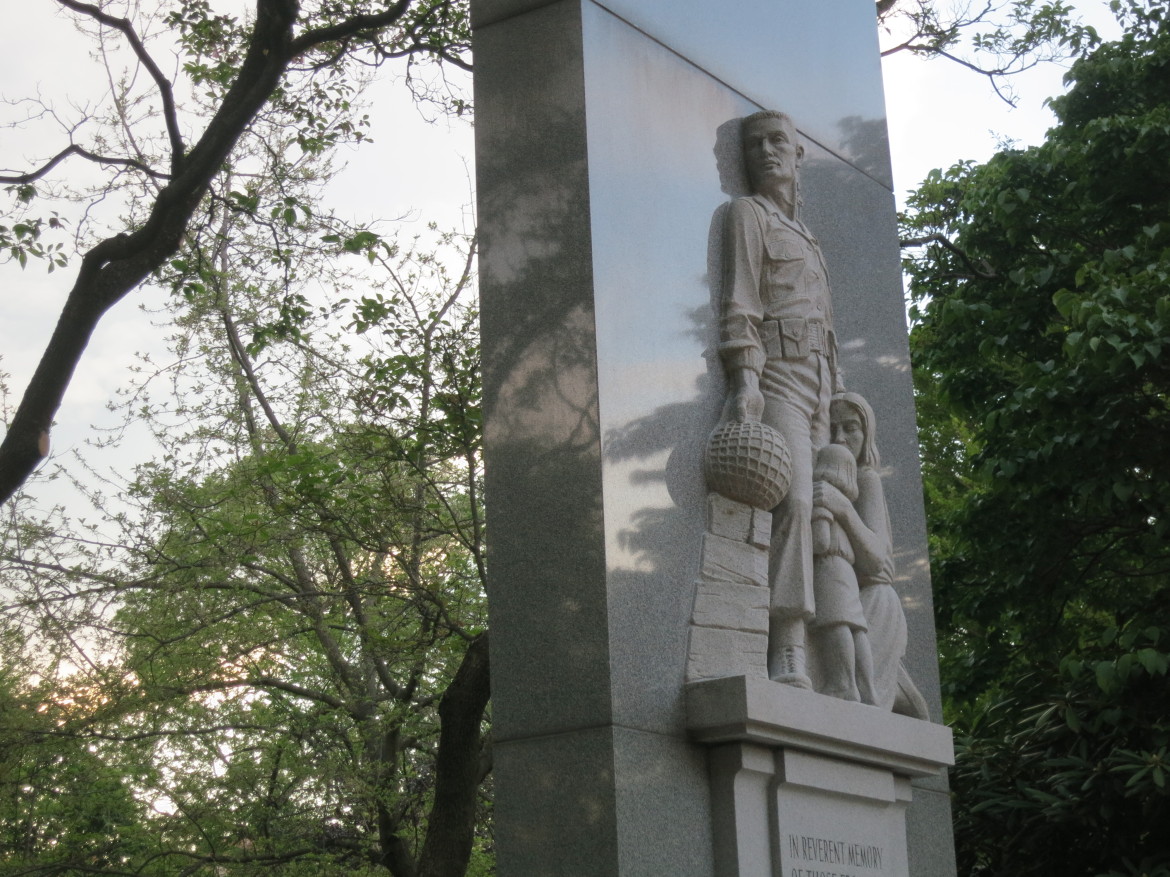 Theis noted that the Jagodzinskis of Greenwich, a father-son team, who run Fairfield County Safe Wash, volunteered to bring equipment down to clean the stones. Routine care for the town’s monuments and art decorations falls to The Greenwich Arts Council, who gave their blessing to the special cleaning effort. 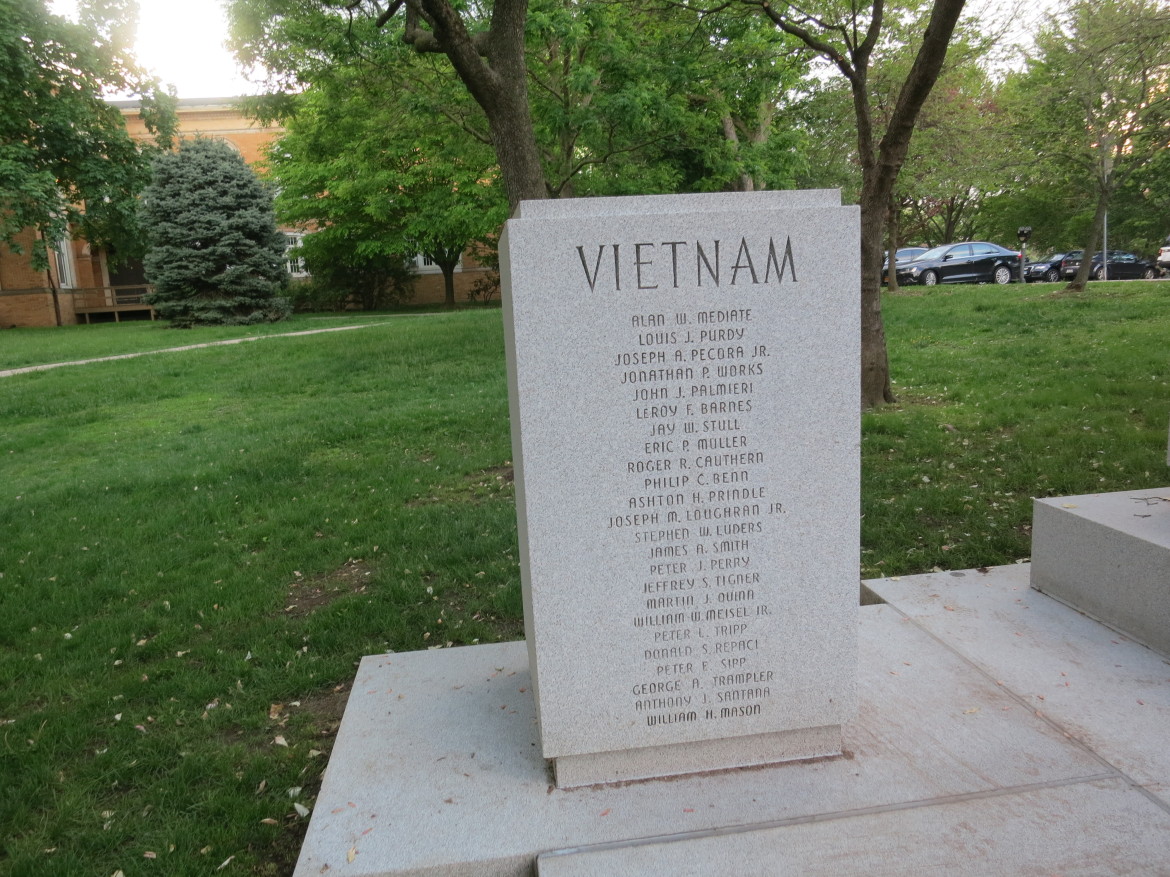 During the cleaning, the Honor Guard stood sentry over the monument, which was established in 1956, and subsequently, replaced the American flag with a new one.

“It’s amazing what a little elbow grease will do,” said First Selectman Peter Tesei during the Selectmen’s meeting.

The beds of spring tulips had been replaced with summer annuals. The new American flag, side by side with the the POW-MIA flag. 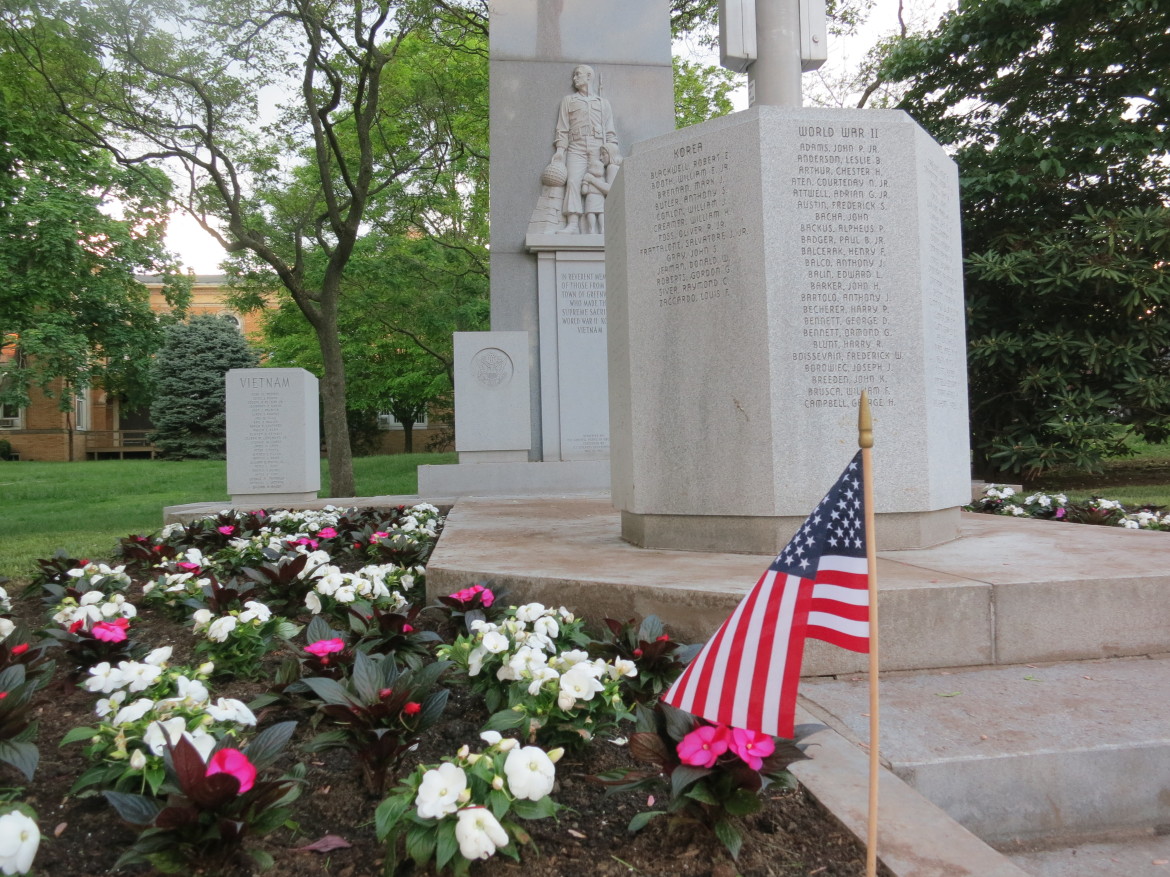 In August of 1990, the 101st Congress passed US Public Law 101-355, which recognized the National League of Families POW/MIA flag and designated it as the symbol of the Nation’s commitment to resolving as fully as possible the fates of Americans still prisoner, missing and unaccounted for in Southeast Asia.

As crowds milled around the Havemeyer Building and the sidewalks of lower Greenwich Ave during Saturday’s Greenwich Town Party, the memorial sparkled.

As dusk descended and bands played on what was once the GHS football field, passers-by stopped to admire the monument which includes names of fallen in World War II, The Korean War and The Vietnam War.

Stopping to rest on the pair of benches that flank the monument, there was a moment to reflect on lives of Soldiers, Sailors, Marines and Airmen who gave their lives to preserve our freedom.