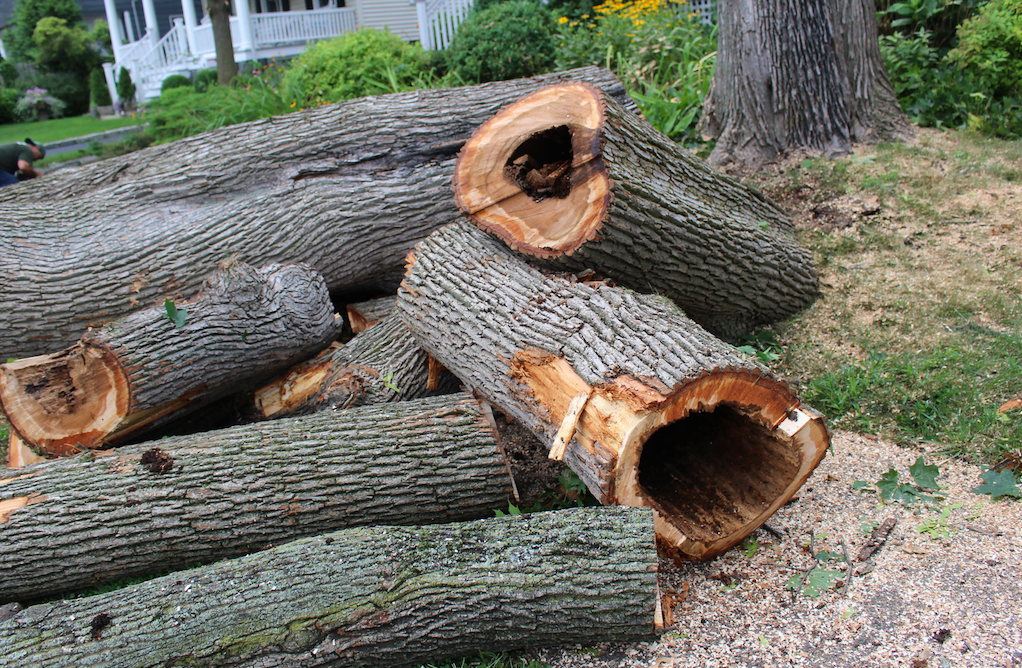 At the February Parks & Rec Meeting the town’s Tree Warden Bruce Spaman gave an update on the hazardous tree program.

“We’re always on the lookout,” he said of the vigilance of the Tree Department to become aware of potentially hazardous trees. “We have trained people out there looking every day. Also, calls come in. There are a lot of eyes out there.”

Spaman said it’s important for the program  to make good use of past information. For the past few years the Tree Dept has kept accurate information on incidents, creating a database with details on every tree failure.

Included in the database is information about every storm call out incident – There were 675 callouts from 2015 to present – including what type of tree, species, size of tree, size of the part that failed, why did the part failed, whether it was a private or public tree, whether utilities were involved, and whether property damage was involved.

The median size of a damaged part of a tree was 10″ in diameter.

“We warn homeowners when they have a dangerous tree,” Spaman said, adding that the town’s nuisance ordnance includes dangerous trees. If the homeowner doesn’t take action, ultimately, the town can put a lien a property.

“We go out and investigate every single report,” Spaman said, adding that they receive information from police, the fire department and residents.

“As much as people think we are a tree preservation organization or a bunch of tree huggers, we’re tree managers,” he said, adding that safety it the utmost priority.

“We’re not cutting down trees because they’re dropping nuts on a lawn, or dropping leaves in a gutter,” he continued. “But, we’re not going to give it a second thought if they’re a hazard to the public either.”

Spaman said that while the Tree Dept is trying to maintain the community forest, the goal is to keep the public safe. With Greenwich’s 265 miles of roads, and the fact that the community forest includes trees within 10 feet of each side of the road, there is considerable forest to manage.

“That’s a total of 648 acres of forest people live in and drive through every single day,” he said.

Mr. Spaman said that a few years ago the department’s staff was reduced from 16 to 12, but that they do have the ability to outsource work.

He noted that residents are advised to alert their neighbors if they see a hazardous tree.

The rub is that insurance companies don’t pay to remove hazardous trees, and it is expensive to take down a mature tree.

Rather, after the tree falls, they will cover the damage that is caused.