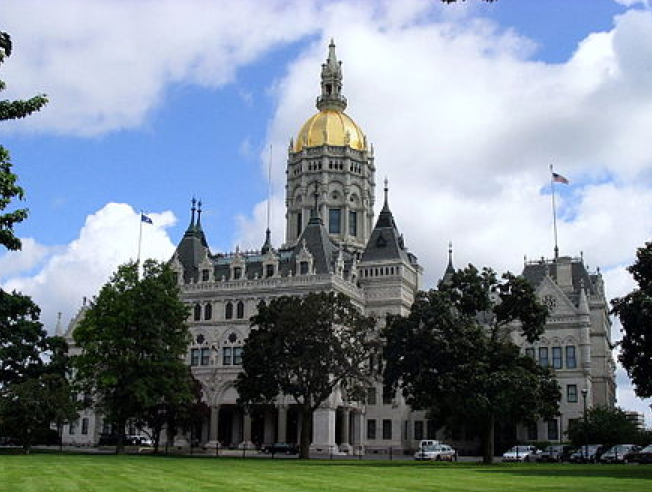 The most recent state budget plan submitted to Governor Malloy on April 28 by the CT General Assembly Democratic leadership calls for the consolidation of six legislative commissions into two agencies in an effort to trim $715K from the combined budgets of $2.7MM.

The Greenwich Democratic Town Committee (GDTC) believes this will seriously compromise the missions of the six commissions. Through its Chairman, Jeffrey Ramer, the Committee is requesting that the leadership reconsider the proposal and allow the commissions to continue operating independently.

These commissions were created as legislative mandates going back as far as 1973 when the Permanent Commission on the Status of Women was established to improve Connecticut women’s economic security, health and safety, as well as combat gender discrimination in all forms.

Three of the other commissions were created more than 20 years ago.

We do not believe it is prudent to fundamentally alter the structure of these organizations, certainly not without a thorough and careful assessment of the impact of consolidation.

The six commissions were not consulted on the decision, nor were they given the opportunity to suggest less damaging ways to achieve the budget savings target. We understand the commissions are willing to share in the budget reductions that must happen in Hartford.

Says Chair of the Permanent Commission on the Status of Women (PCSW) Mary Lee Kiernan, “PCSW and the other legislatively created commissions are small in size, but are vital forces in researching and advocating for issues impacting women, minority populations, children and the aging. The proposal to consolidate these commissions risks minimizing and diluting the unique challenges faced by these under-represented populations.”

The beneficial impact on the people for which the commissions advocate is substantial. In the current session of the CT General Assembly, the PCSW successfully advocated for the passage of the bill to establish affirmative consent for sexual activity at state colleges and universities. The Commission also succeeded in strengthening laws concerning human trafficking and testified in favor of the bill now before the Senate prohibiting subjects of domestic violence from possessing firearms. All of the commissions promote initiatives that lead to workforce development, long-term financial security for its constituencies and broader economic growth for Connecticut.

Each commission serves a distinct population with very different needs and concerns. Calling the merger of the women, children and elderly commissions the “Women and Children” agency implies a dated notion of women’s role in today’s society. Adding to that, one organization advocating for the needs of our oldest citizens with our youngest doesn’t seem logical.

Remarks Jeffrey Ramer, Chairman of the Greenwich Democratic Town Committee, “It is unfortunate that balancing the budget frequently happens on the backs of the under-represented and less fortunate, even in a wealthy and progressive state like Connecticut. The Greenwich Democratic Town Committee would prefer the commissions come up with a budget savings solution rather than imposing a harmful consolidation on these agencies.” In addition, the GDTC urges the General Assembly to look for sustainable, structural solutions to the budget deficit, rather than use a series of temporary, smaller fixes such as this proposal.

The GDTC has called on Greenwich residents to contact the Democratic leadership asking that it reconsider the proposal.

The Greenwich Democratic Town Committee (GDTC) is the official organization in the Town of Greenwich, CT representing the Democratic Party. It is responsible for endorsing Democrats to serve elected and appointed positions Greenwich. The GDTC consists of approximately 85 members and associates who serve two-year terms representing the 12 voting districts of Greenwich.

The Committee helps to get Democrats representing Greenwich elected to state and local office, influences Town priorities and policy, builds awareness of the causes, policies and values for which Democrats stand and works to expand the base of registered Greenwich Democrats.