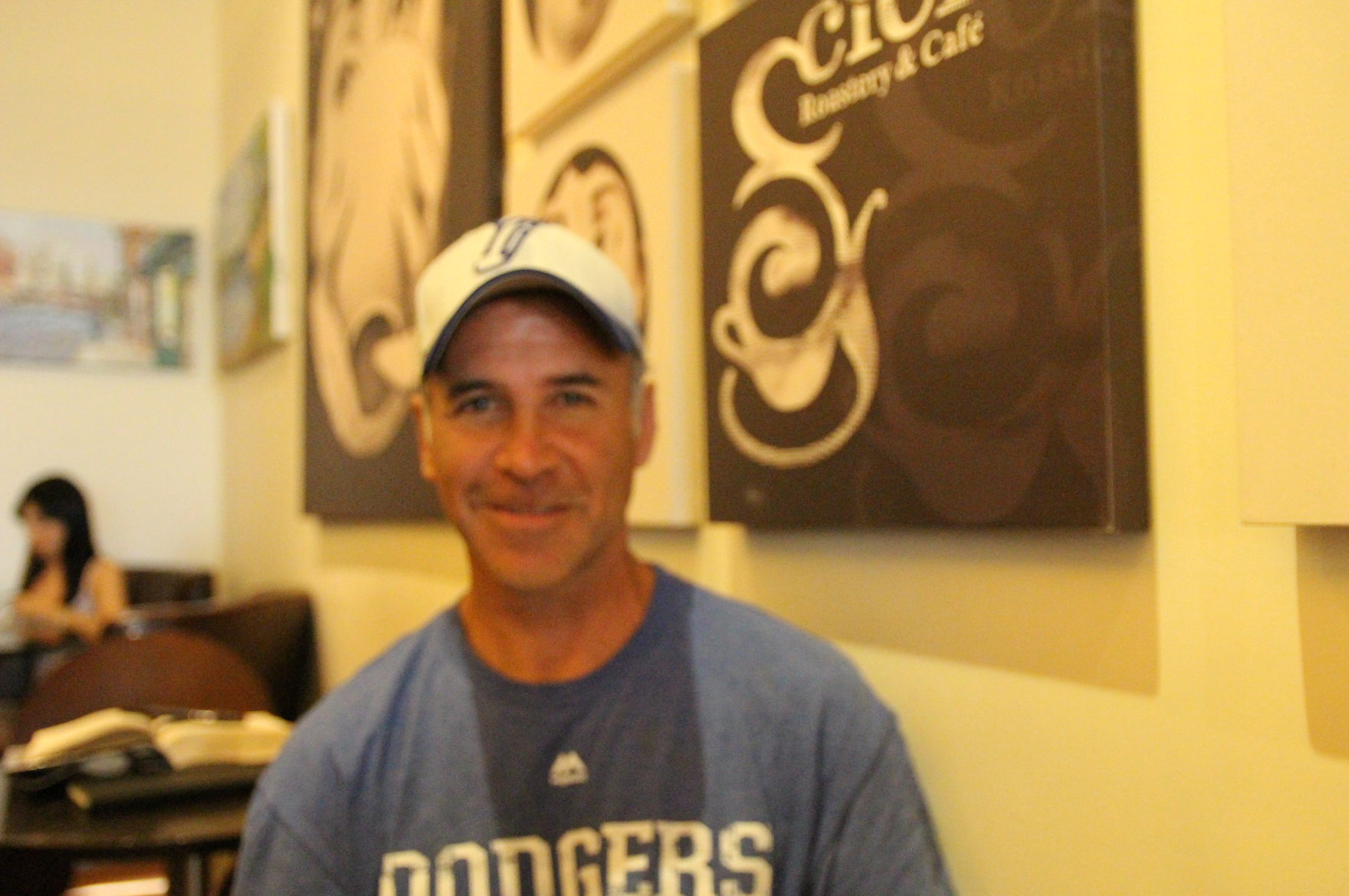 Last week, Camillo recounted his accomplishments and shared his vision for a potential sixth term.

He also refuted some of the comments of his Democratic challenger Laura Kostin, a Cos Cob mother of four and former MSNBC breaking news producer who won a seat on the RTM in District 8 last fall. Kostin received the DTC’s executive committee endorsement last month.

Camillo, a lifelong Greenwich resident, noted that he had yet to meet his Democratic challenger, who is less a less well known figure in town.

Camillo, who served on the RTM from 1995 to 2001, a time that overlapped with his chairmanship of both the Parks & Rec board and RTC, said he was proud to be part of the Greenwich delegation, which also includes State Rep Livvy Floren, State Rep Mike Bocchino and State Senator Scott Frantz.

Camillo said the delegation fought to secure state funds to build a new New Lebanon School in Byram. The overcrowded, outdated school features a magnet component designed to address racial imbalance as defined by the state.

“Over the objections of the Governor, we were able to work with our colleagues across the aisle to get the funds for New Lebanon back – about $24 million,” he said.

Asked about his push for HB 5009, a bill he introduced along with the other members of the delegation to exempt car washes from sales tax, Camillo said several years ago the state put a tax on car washes but the outcome resulted in decreased revenue.

“The state rescinded it,” he said. “Then, Malloy did it again, so we put up a bill that cited the past experience with such a tax. It has received public hearings each year on the Finance Committee, but they declined to vote it out, which was a decision on the majority party.”

Camillo touted his efforts toward structural reforms that became part of the 2017 budget, including the estate tax bill he wrote and the delegation pushed, as well as phasing in tax exemptions for social security and pensions.

“This was an issue I pledged to address in 2008, my first time running,” he said of the estate tax changes.

“There was a poll among professional financial planners who advised their clients not to retire or die here, and that was one of the main reasons,” he said. “The federal estate tax exclusion level was $5.45 million and we pushed for that. But Trump’s tax plan pushed it up to $11 million. …It helps keep people here.”

Also, he said he fought for bonding and spending caps that were incorporated in the final budget.

Another structural reform he cited involved union contracts. “We can now debate and vote on them. Previously they never allowed us to do that.”

Moving from bills that address structural reform to personal bills, Camillo said he is proud of the 2011 Volunteer Protection and Indemnification Act, which applies to all state volunteers, not just fire police patrol volunteers in the state. “It protects them from a law suit unless they were grossly negligent. That’s a great recruiting tool for towns,” he said.

The following year, Camillo said he fought for a bill that passed, giving volunteer fire police patrols throughout the state the ability to issue tickets.

In 2013, Camillo, in a bi-partison effort with State Reps Tony Guerrera and David Scribner, issued the Distracted Driving Bill which became law, and penalizes drivers with points on their licenses. For his efforts, Camillo was named to the state distracted driving task force.

Camillo said that in 2010, he co-sponsored a bill with Democrat Jim Shapiro  that became law to address gas price gouging. The bill gives the state a way to analyze gas price patterns and prevent price spikes after natural disasters.

Another bill Camillo introduced concerns fees for security freezes on credit reports. It passed the House and Senate and was just signed by the Governor.

“A constituent had complained that the credit reporting agencies froze his reports twice and charged a $10 fee to unlock the freeze,” Camillo said.

Camillo also introduced a “Good Samaritan” bill to encourage the rescue of children and pets in hot or cold cars. “In extreme weather, if you rescue the child or pet, you would be held harmless,” he said.

Camillo said he makes no apology for his animal welfare efforts, which Ms. Kostin questioned, saying of Camillo’s love of dogs, “That is admirable, but that is not a platform for a legislator.”

“The animal abuse registry shows that a large percentage of people who abuse animals go on to commit the same types of crimes against fellow human beings,” Camillo said. “I’m proud of my animal welfare work, and if I did nothing else but that, that would be okay.”

“Talk to the Cos Cob Fire Police Patrol and ask about their ability to recruit people now knowing that they won’t be sued,” Camillo said of the Volunteer Protection and Indemnification Act. “It’s a recruitment and retention tool.”

While Kostin said she favors a bill that would ban ghost guns, Camillo said he does too.

“I co sponsored a bill (House Bill 5542) to ban bump stocks and ghost guns,” he said, adding that the NRA has given him an F rating. “I believe in the second amendment,” he said. “But the NRA thinks I am against it.”

Camillo cited a post by the NRA-Institute for Legislative Action, which calls on members to call their Senators to oppose bills including, House Bill 5542.

The NRA article describes the bill as having broad and overreaching provisions that could criminalize firearm modifications commonly “done by law-abiding gun owners to make their firearms more suitable for self-defense, competition, hunting, or even overcoming disability.”

“I’m more moderate on this issue than people think,” Camillo said.  “I think everyone who passes a criminal background check – criminal and mental – has the right and that shouldn’t be challenged.”

Camillo quoted President Ronald Reagan who in 1989 said, “I do not believe in taking away the right of the citizen for sporting, for hunting and so forth, or for home defense. But I do believe that an AK-47, a machine gun, is not a sporting weapon or needed for defense of a home.”

Camillo said he did not want to fall into a trap by commenting on the performance of President Donald Trump.

“My job is on the state level and the performance of myself my colleagues and Governor Dan Malloy,” he said. “I don’t have a vote nationally. I spend my time working for my constituents. The only time people ask about Trump is during election season and it’s usually by someone who doesn’t like him.”

Back in 2016, during his campaign for his fifth term, Camillo said to GFP, “A lot of Trump’s rhetoric is not helpful. I do support several of the issues that he has brought to the forefront like trade imbalances, issues with illegal immigration, speaking about topics about being politically correct, and the economy overall.”

Camillo, who voted for Marco Rubio in the primary, said, in 2016, “I’m not happy Trump won the primary, but I respect the will of the people.”

During his 2018 campaign, Camillo said he intends to keep his narrative on the job itself.

“I’m proud of my record, and I also have a vision for the next two years. Not what I feel is going on at DC. It’s not pertinent to my job.”

“My vision for the state is to continue the reforms we started in the last two years and return Connecticut to a place of pride, leadership and prosperity,” he said. “We shouldn’t be 44th. We should be at the top as an economic leader. The reforms we got through are a good start but we have to continue.”