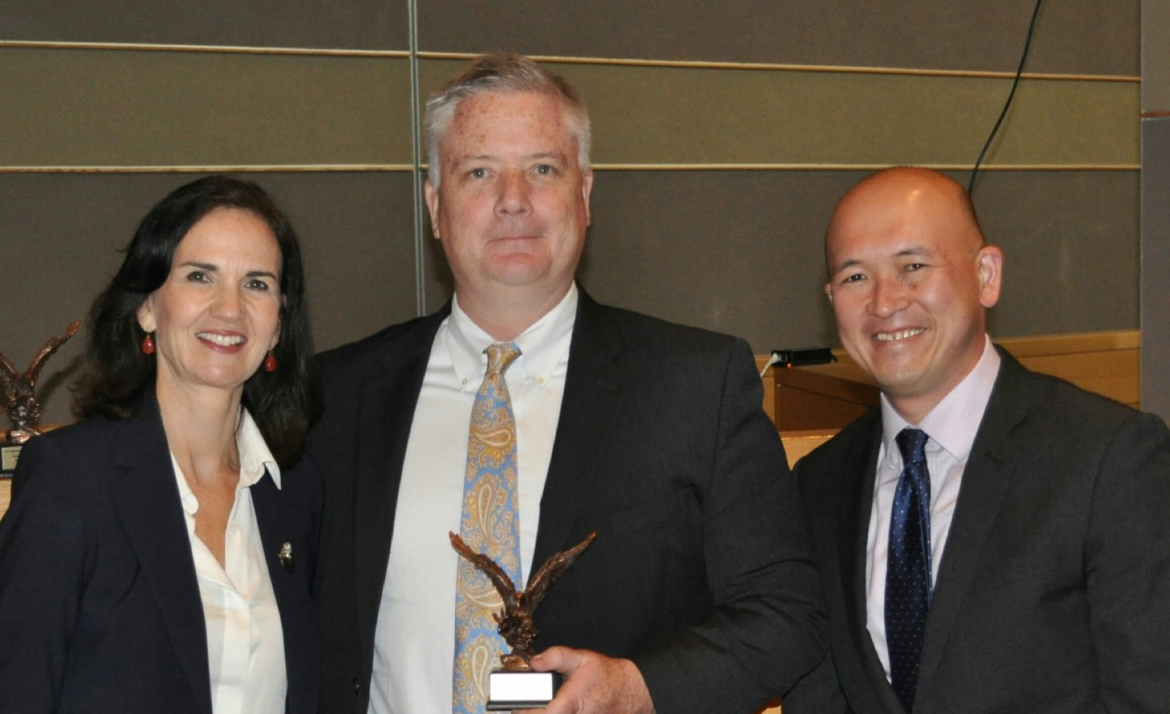 Greenwich Police Detective Robert McKiernan is the United States Attorney’s  District of Connecticut’s Outstanding Task Force Officer for 2016 along with Hartford Detective Jaeger Thomas. The following is excerpted from US Attorney Deidre Daly’s statements at the Annual Awards Ceremony:

“Federal law enforcement has many great tools in its toolbox but our most valuable and treasured asset is the Task Force Officer. Men and women from local police departments who amazingly know every inch of their city, every criminal’s life story, and every informant’s cell phone number. Task Force Officers make us all look good. They work hard, humbly and with good humor, Thank you.

Detective Robert McKieman has been a TFO with the FBI investigating financial fraud matters since December 2012. He is a 19-year veteran of the Greenwich Police Department and has been a detective since 2008. But don’t let this self-professed “old-timer” with the easy-going demeanor fool you: He has a voracious curiosity in discovering the truth and a work ethic to match. When Bob investigates a case, he will track down unwitting victims to interview them, analyze reams of bank records, engineer outsized Excel spreadsheets and flow charts, scan multiple deposition transcripts for any criminal nuggets, and review a prosecutor’s pleadings (while also tactfully pointing out typos). Bob was the moving force in the James Neilsen prosecution, which was recognized elsewhere in these Awards. In a very different case, Bob investigated and arrested Craig Stanland, an IT professional in Stamford who was defrauding an integrated circuits manufacturer in a warranty scam. In connection with that sentencing, Bob poured through the restaurant receipts seized at Stanland’ s home to create a multi-page history of the defendant’s extravagant dining behavior during his fraud.

Bob represents the best of local law enforcement’s partnership with the FBI and the U.S. Attorney’s Office. We are proud to recognize Bob’s understated but critical work in combating financial crime.”