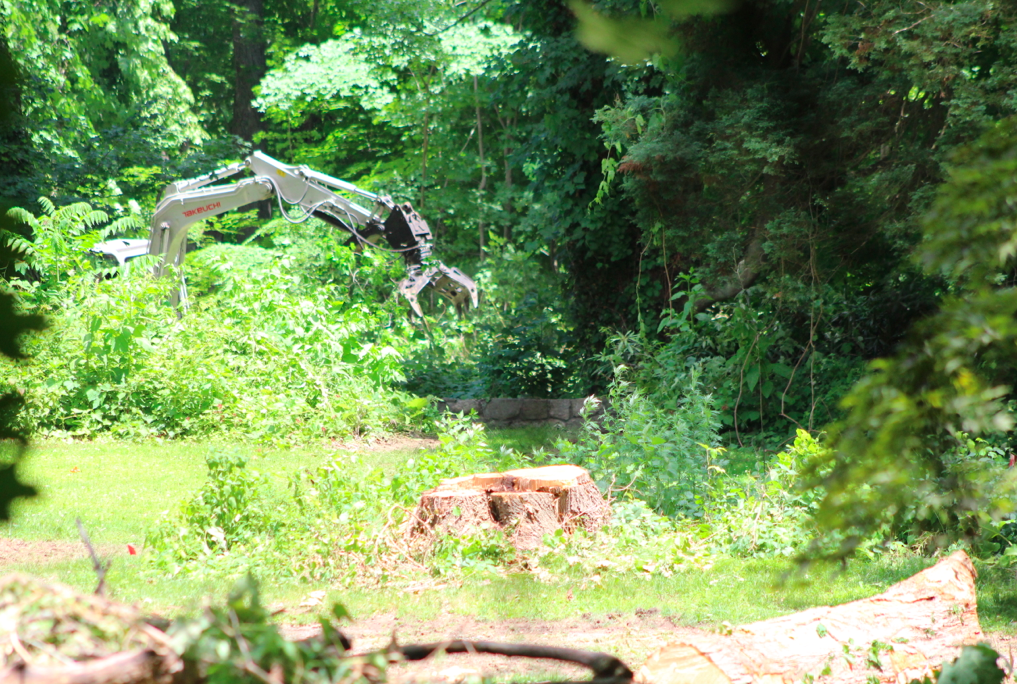 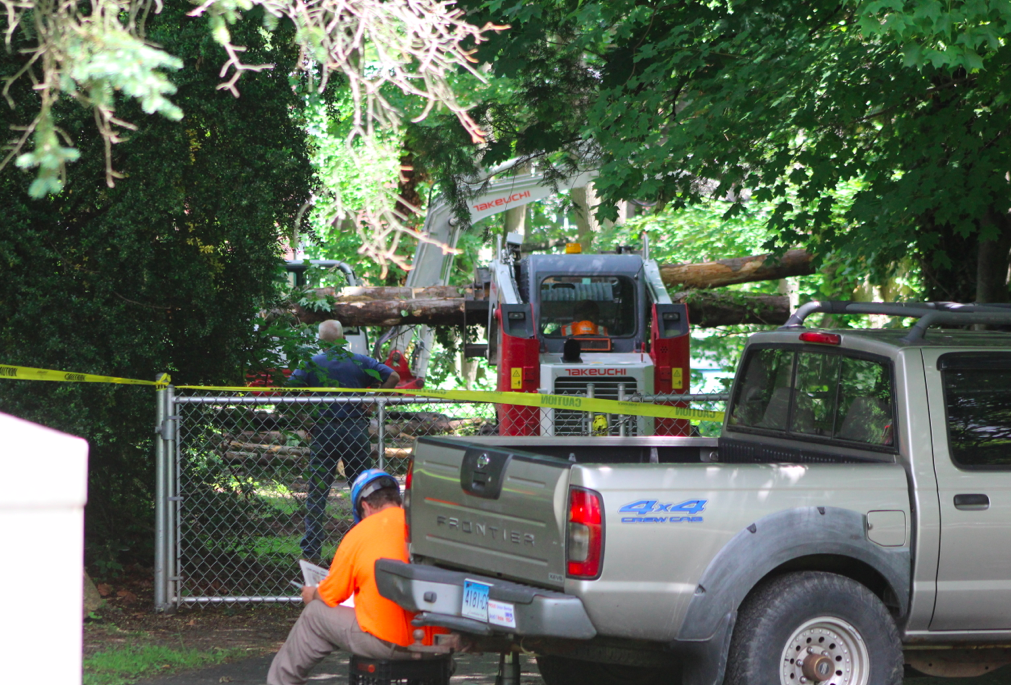 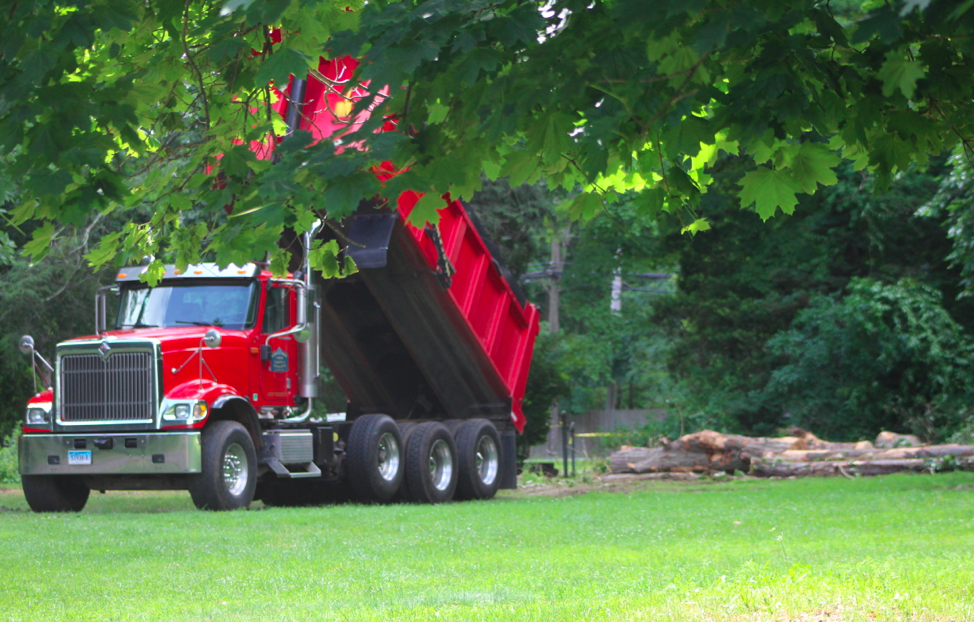 Dump truck beside pile of felled trees at southern most end of GHS campus on Thursday. Credit: Nicola Traynor 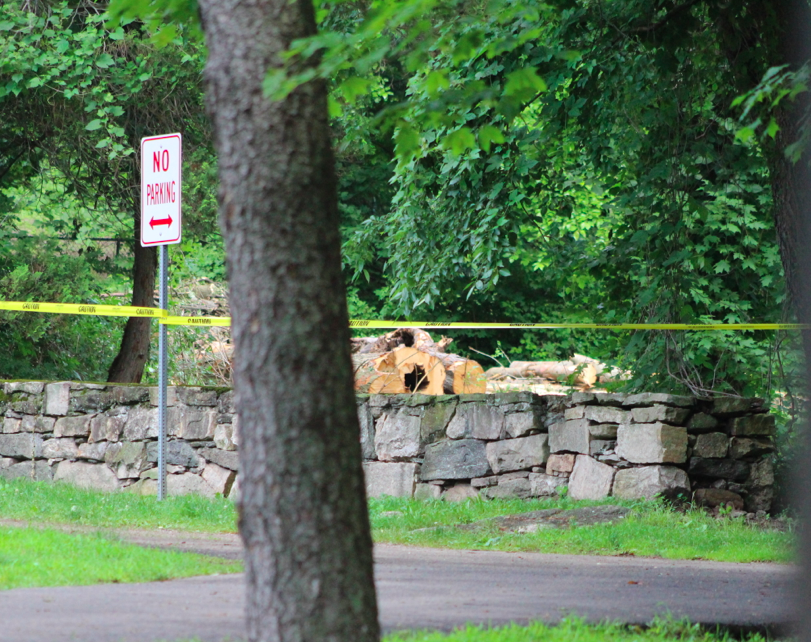 View from sidewalk of vegetation being cleared at the southern most end of GHS campus on Thursday. Credit: Leslie Yager

By Leslie Yager and Nicola Traynor

A number of mature trees were felled on the southern most section of the GHS campus, just over the stone wall along Putnam Ave. On Thursday, crews with saws, excavators and dump trucks descended on the heavily treed area.

From the sidewalk, the equipment could be seen removing trees the size of telephone poles. In the clearing above the tennis courts, dump trucks sat waiting.

By the end of the day it was possible to view the theater wing from the city bus stop along Rte 1.

According to a June 19 release from the Town and the Board of Ed, work being performed according to the Remedial Action Plan (RAP) includes constructing a staging area for contractor access from Route 1 to campus.

The release also states the work will “involve clearing specific areas of vegetation.”

Remediation activities are scheduled to wrap up by August 18 to allow fall sports and school activities to be resumed as normal.