Update: To clarify, the Guinness Book of World Records goal is for distance in an electric car, not speed. Mr. Wifler said he didn’t want to break any speed limits during his journey.

Friday morning’s Board of Selectmen meeting had a short agenda and an audience of five, including reporters. One guest asked to take a photo of the Selectmen to document his visit in Greenwich. Dale Wifler, a former truck driver, is in the process of driving his Tesla electric car from his home in Bellingham, Washington to Boston and back home via California. In each state he is stopping in a town that has a Tesla supercharger station and, from there seeking to meet the mayor, or, in the case of Greenwich, the First Selectman.

Wifler explained that he was going to make the journey with a passenger, but that didn’t work out. Instead, he decided to bring along his stuffed bear. Though that caused a few double-takes in the Town Hall parking lot, it was a good conversation starter and the stuffed animal doubles as a pillow when Mr. Wifler sleeps in his car. 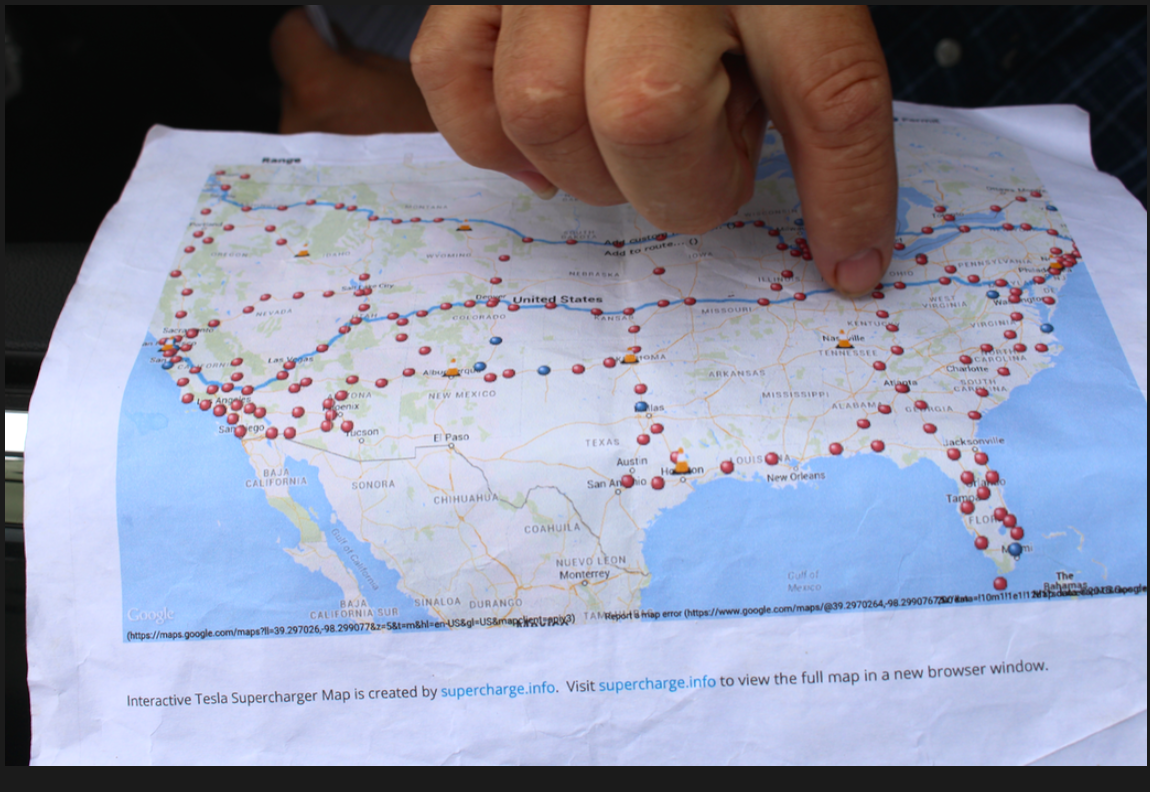 Wifler said that in Canada he was stopped at the border where customs guards searched his Tesla. He said he was asked to step away from the car and turn over his keys, which he did.

“They didn’t realize I have a front trunk. They thought it was an engine. They didn’t even open it. The whole car was trashed after they were done, but they didn’t touch anything in the front trunk,” Wifler said. “There’s a small motor under the axles.” 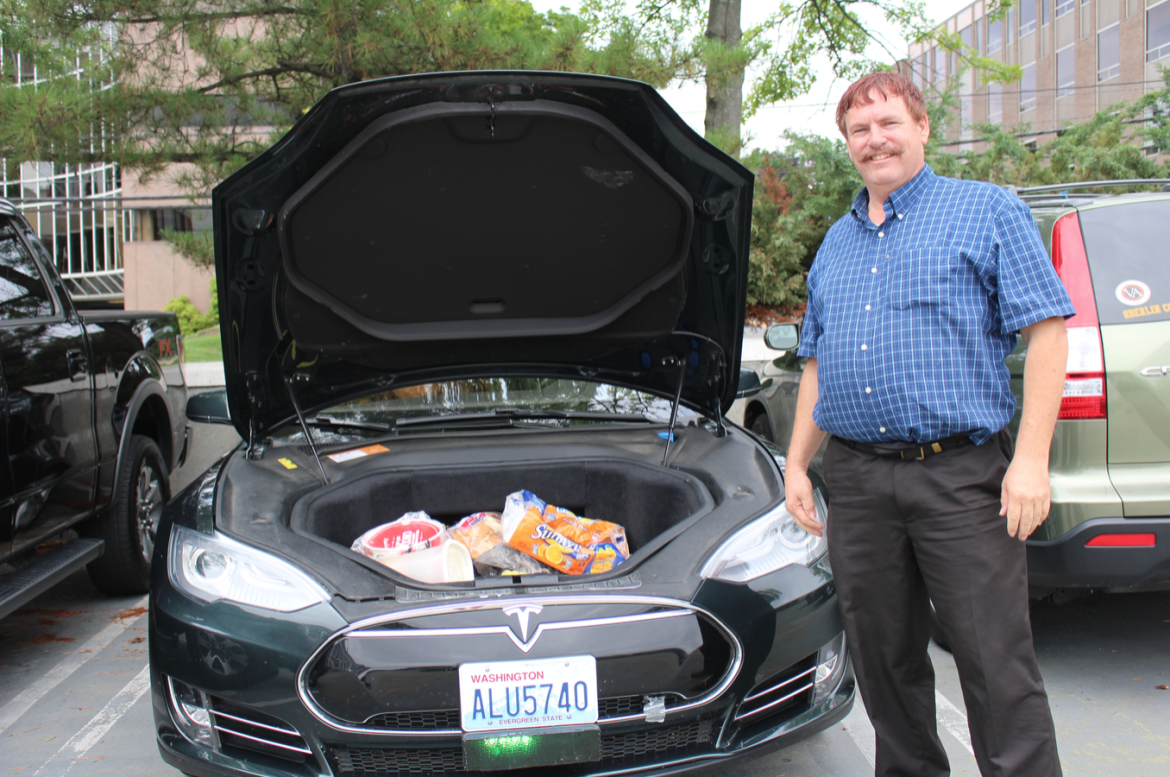 Dale Wifler popped the trunk of his Tesla to reveal there is indeed no motor inside. The Tesla’s small motor is between the car’s axels. Credit: Leslie Yager 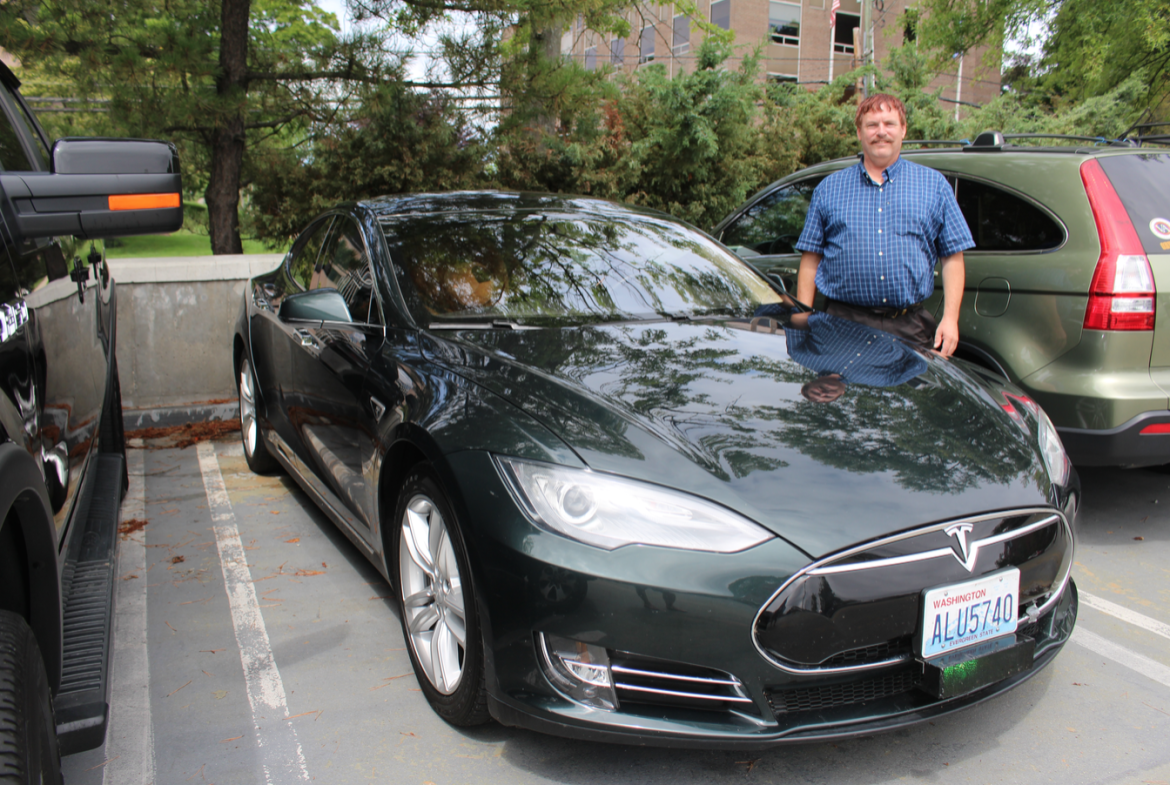