Marie Horelick has lived in Norwalk for many years, but when she arrived in the US from Ireland in the 1963, times were different.

The woman who described her younger self as having fallen off the cabbage truck, landed a summer job Belle Haven Club snack bar and shortly thereafter was hired by Rushton and Anne Skakel in Greenwich to serve as the family governess. 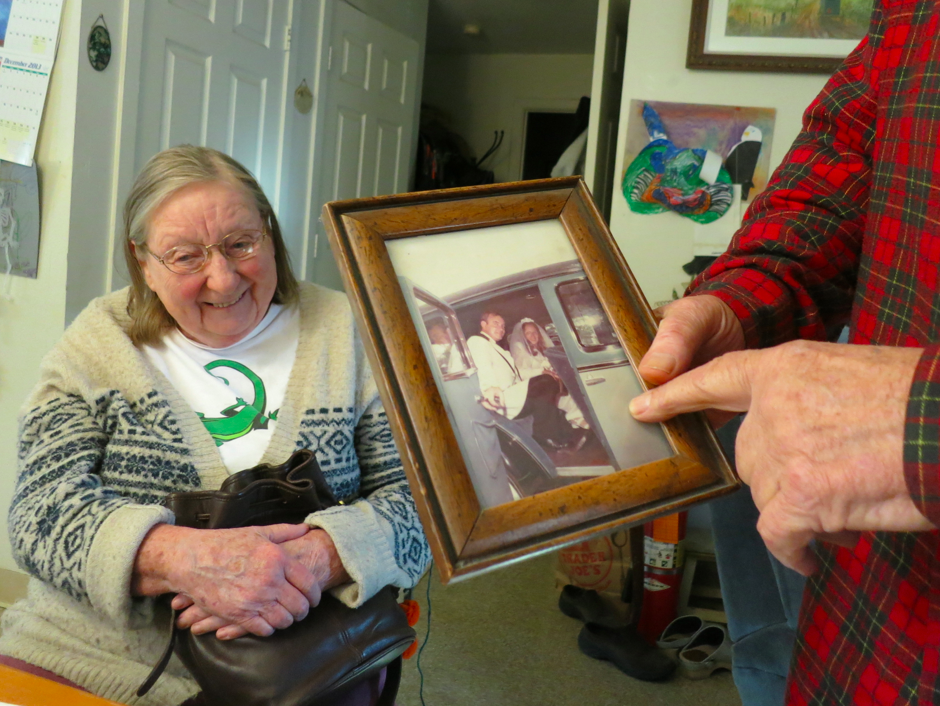 Happier times. In November 2013, Marie Horelick looks on with a smile as Richard shares a photo from their wedding day. Credit: Leslie Yager

Marie, whose maiden name is Kane, quit her gig with the Skakels after about six months, because, she said, she wasn’t allowed to discipline her charges, Tom and Michael, and her complaints that the boys kicked her in the shins fell on deaf ears.

Marie quickly found employment with the Crabtree family of Greenwich and stayed on for many years. Even after marrying Richard and leaving to start her own family, Marie stayed in contact with June Crabtree, remaining close until June died this past October.

“I was with her when she died peacefully at home,” Marie said, recently through tears. “She was so lovely and so good to us.”

In April, Marie’s husband also died, but not as peacefully. Richard was just 71 and he and Marie had been looking forward to warmer weather. “We were going to pack sandwiches and have a picnic at the beach,” Marie said in a teary phone call soon after Richard’s death. 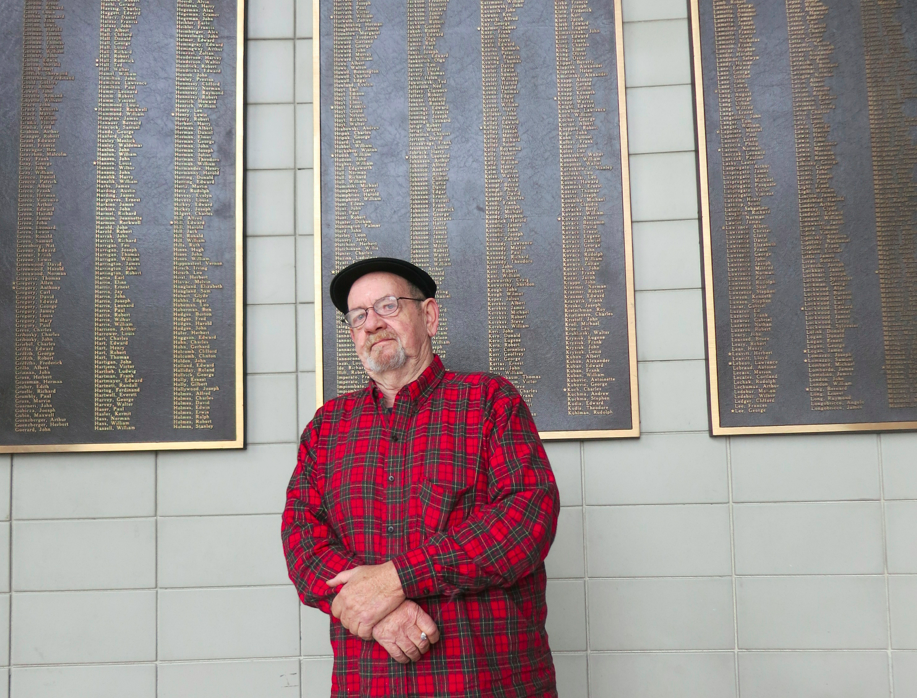 Marie explained that Richard, who had been a master plumber for 50 years, had smoked with the other tradesmen.  “They all smoked,” she said. “It was a generational thing.”

Richard was successful with Alcoholics Anonymous, but had never been able to quit his cigarette habit. “He was in AA for 30 years and got over the alcohol and we thought quitting cigarettes would be a breeze,” she said.

Nicotine Junkie
“He hawked his wedding ring to buy a pack of cigarettes. He was a nicotine junkie,” Marie continued, recalling that Richard’s preferred brand was Camels, which he smoked unfiltered.

“They cost $10.20 a pack. Four packs a day. Do the math,” she said. “We shared the bills and he had us on a payment plan with Yankee Gas,” she said, adding that the cigarettes had even come to take priority over the bills for Richard.

Marie, said she had taken up smoking when she was a teen, but quit in the 1970s. “It was hard because I used to party with my friends and they all smoked. It took a few times to succeed. The high cost of cigarettes contributed to my motivation,” she said. 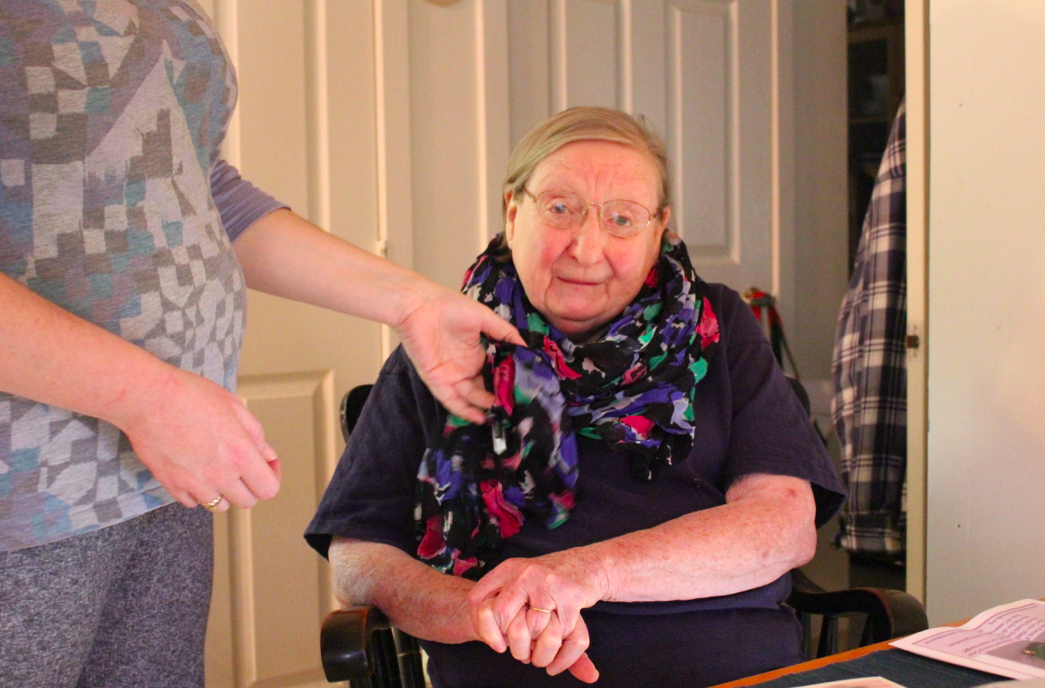 “I would like to thank CVS.”
Sitting at the table in her living room, having just finished a bowl of turkey soup with daughter April and grandson Connor, 10, Marie stared down at empty upturned hands. Her voice, soft as always, and laced with sadness.

There is no trace of her trademark mischievous giggle as she describes Richard’s chemo treatment and the oxygen tank that accompanied Richard home from a stay at Norwalk Hospital.

She describes the early morning explosion in their apartment that woke her. She describes Richard’s burned face and the ash tray on the table in front of him. His glasses had protected his eyes, but the plastic tube in his nose and hooked behind his ears had burned his face, leaving an acrid smell. She recalled Richard calmly saying he was alright even badly burned, and how he insisted on walking out to the ambulance on his own.

“The oxygen tank was helping and he had been breathing easily,” Marie said. “But he had continued to smoke. He knew he was dying,” she said adding that Richard would normally go outside to smoke. “He wasn’t in his right mind,” she said of the morning of the explosion.

Richard was put in an induced coma at Norwalk Hospital, and though he would die there three weeks later, Marie recalled a lucid moment. “He said he loved me. He said, ‘I’m so sorry, Marie,’ and the next day he didn’t know anything.”

“I hope I can reach the teenagers out there,” Marie said. “The 11, 12, 13 and 14 year old’s who think they are cool to smoke and drink, adding that in her travels she spots groups of middle schoolers smoking before or after school. “It’s never one smoking alone. It’s always a group, like they think it’s cool,” she said.

Marie and Richard’s daughter April, 34, who attends NCC said smoking is completely banned on that campus, but that people smoke while they wait at the city bus stops. April recalls how she’d sit in the truck with her dad who she called “Pop Pop” and smoke together. April has cut her cigarettes down to four or five a day and intends to quit completely.

Marie said that when she went through Richard’s belongings she found his 30 Alcoholics Anonymous coins — one for each year of sobriety.

“Families usually keep them,” she said, but she returned them back to AA. “They came here in person to pick them up,” she said of representatives of AA. “Richard touched a lot of lives through AA, and they will use those coins again,” she said, adding that they would have extra significance.

“Thank you CVS,” Marie repeated. “They’re stopping selling cigarettes,” she said of the drug store giant that ceased cigarette sales this past fall and rebranded the company as CVS Health.

“When are the others going to stop? Walgreens and Stop & Shop,” she asked. “Make them even less available,” she said, comparing today with the days when cigarette machines were everywhere and dispensed packs for 50¢.

For now, Marie takes comfort in her daughter and grandson’s company. She saved a kind note she received from Richard’s doctor after his death, and she has her photos of Richard and their shared memories. But, she said, what would give her comfort would be no longer seeing those clusters of middle schoolers smoking before school. “It’s not cool,” she said. “It’ll kill you and it’s just not cool.”