On October 21 Greenwich restaurant Boxcar Cantina will kick off a week long celebration to mark 25 years in business.

Starting with Margarita Monday each night will feature a different special.

“We wanted to spread it over a week,” said co-owner James Farrell at the end of a busy lunch hour at Boxcar Cantina. “There will be all kinds of festivities.”

The family-run business was started in 1994 by James’ father John Farrell, an investment banker who developed a love of Tex Mex and Mexican food after spending time in Texas near El Paso.

James said his father John was something of a pioneer. “He realized the only Mexican restaurant in town at the time was Fonda La Paloma, and thought, ‘What could be more needed than a good Mexican restaurant?’” 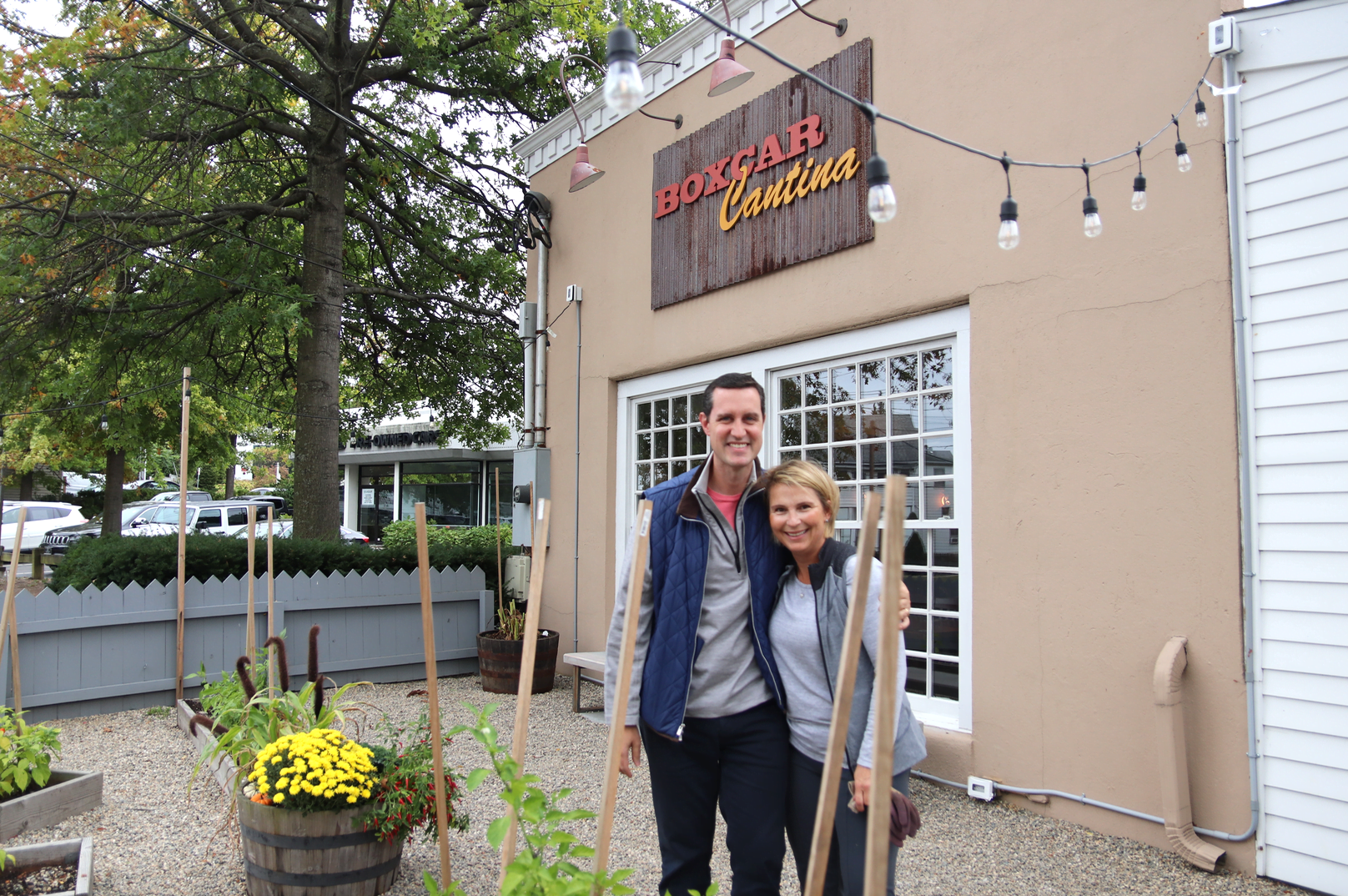 John Farrell put together an investment team and purchased the property at 44 Old Field Point Rd where Conte’s, an Italian restaurant, had shuttered.

Although he wasn’t a restaurateur, John was involved in the recipe creation.

“He was a businessman with good common sense and a keen eye as to what would be successful in Greenwich,” James said, adding that his father’s priority was to offer the highest quality food.

The restaurant was ahead of its time with its focus on serving organic dishes.  In fact, it was the first green-certified restaurant in Connecticut, with beef, berries and other produce provided by local farms.

“They were ahead of the curve. Twenty-five years ago, organic food wasn’t something most people cared about,” James said. “When people started to come and taste the difference, they noticed the difference.” 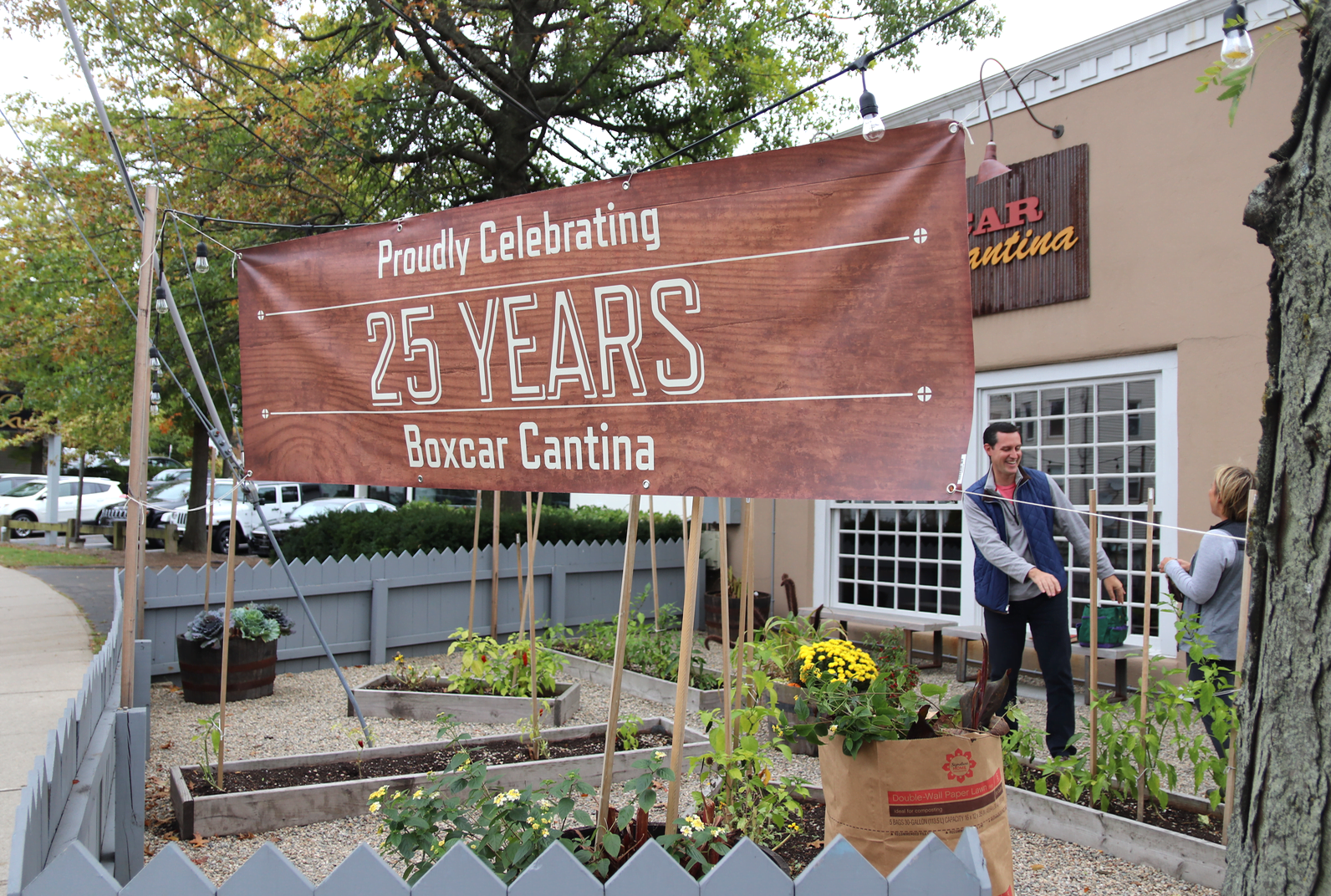 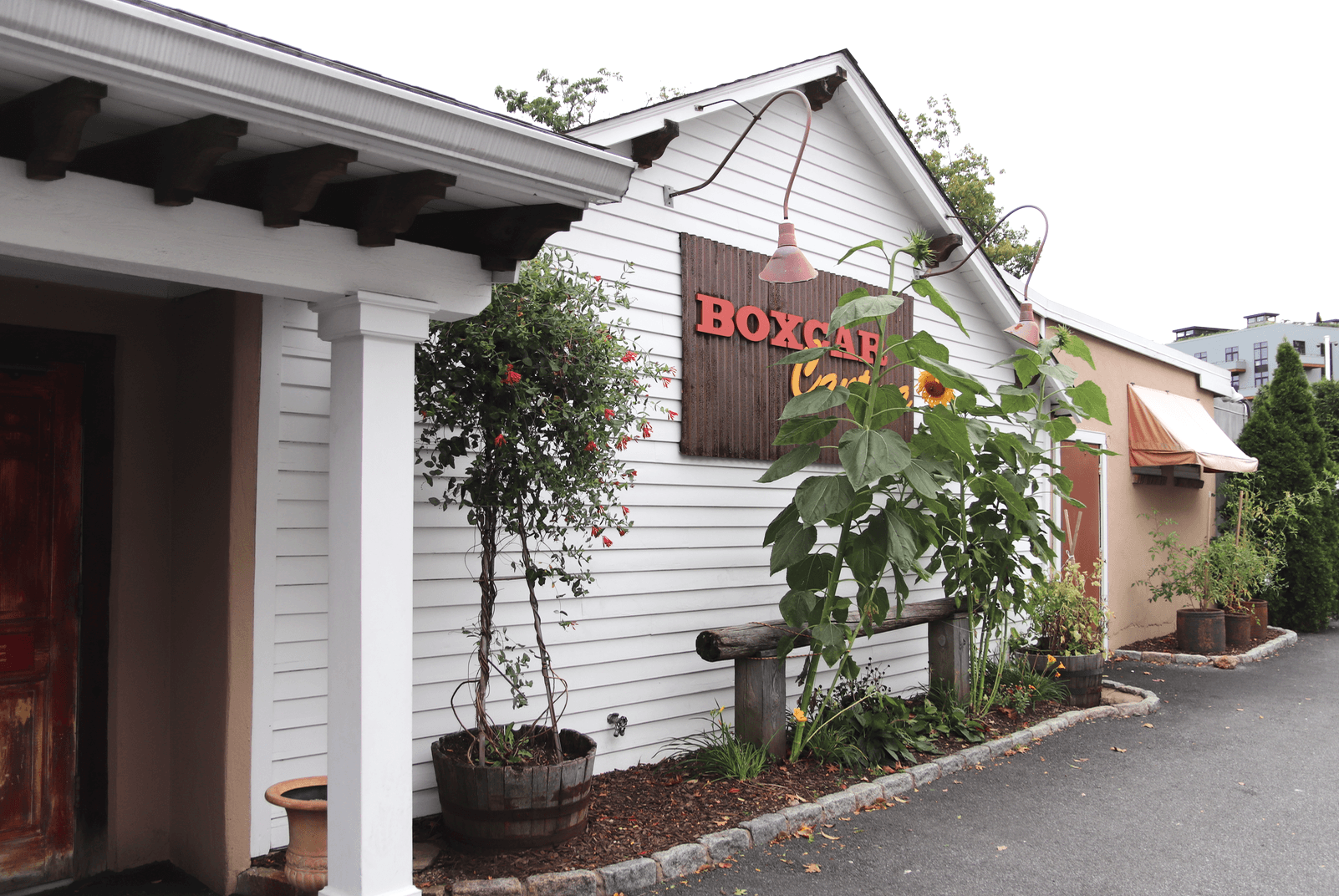 Abundant sunflowers bloom outside Boxcar Cantina thanks to Michele Smith who plans and tends the colorful gardens. Photo: Leslie Yager

Five years ago, John asked James if he’d like to come on full time as co-owner.

“I had a real estate background and knew finance, but I’d never operated a business,” James said. “But I knew Boxcar because I’d grown up around it. My family came here to eat. We’d come in semi-anonymous, but the staff knew us. It’s like a family here.”

The waitstaff of Boxcar Cantina are part of what makes the restaurant so special, and James knows it.

“Great customer service and excellent staff are what has kept people returning to Boxcar all these years,” he said, adding that the restaurant prides itself on staff retention.

“Our wait staff have been here an average of ten years. It’s a two-way street,” he said. “We take care of them, and they take care of Boxcar.”

What’s James’s secret? “It’s trust. They know I have their best interests at heart, and whatever the decision is — it could be a small thing on the specials, or an issue in the kitchen — I want to take care of it and make sure a decision will be made for the best of the restaurant and the staff. My staff are excellent. I’m very fortunate to work with these people.”

Boxcar Cantina also pays a lot of attention to feedback.

“We run a very tight ship. People in Greenwich have pretty high expectations. It only takes one bad experience or one bad meal,” he said, adding that many regulars order the same dish every visit and expect it to be consistent.

Quarto tacos are a fan favorite, as are the salmon tacos and salmon burritos. Boxcar also makes its own tortillas, cuts them up and deep fries them to make their own chips.

“Specials keep the menu fresh, but people come in and want their regular chicken enchiladas. Kids want the Pony Express, which is a kid’s taco with fries on the side.” 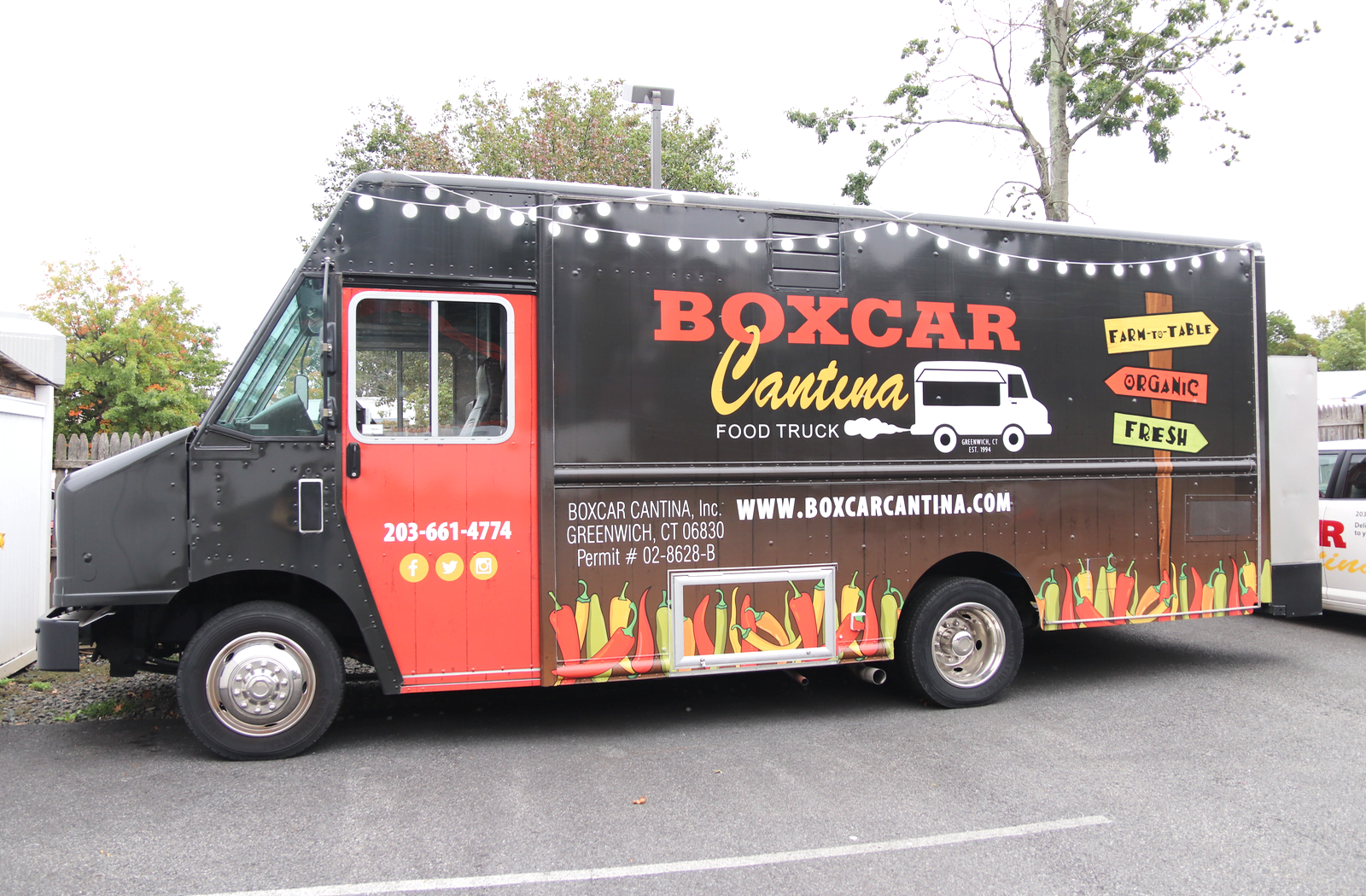 Boxcar enthusiasts also find some of their menu favorites on the restaurant’s food truck, now in its third year.

Farrell said one of his staff members, Milton Valencia has taken a liking to the food truck.

“He keeps it immaculate,” James said, adding that in addition to private events and parties, the truck ventures to Westport for the weekly farmers market at Gilbertie’s, which runs throughout the summer and moves into a greenhouse in the winter. “Our greatest fear was the food truck would be mobbed and the food has to be the same as in the restaurant. Luckily all the food comes from here. We stock the truck from the kitchen here in Greenwich. It’s mostly just the assembling on the other end. There is  a line out the door every Thursday. It’s worked out very well.”

The truck, which is also available for private parties, has been booked for over 200 events in the past three years.

Reflecting on some of the patterns of the restaurant, James said patrons eat in shifts.

“Over the years we’ve captured different segments of the crowd,” James said, adding that the kiddie hour starts early and families with youngsters are welcome. After about 7:30pm or 8:00pm, it’s a more general crowd.

“The bar is also a great place to hang out, order a margarita and enjoy some appetizers,” he said as he sipped water and watched from the bar as the last of the lunch crowd headed out around 2:00pm.

“People still come up and say, I didn’t know your family owned Boxcar,’” James said. “We’ve deliberately been behind the scenes. But now people will see me more out in the open. I love interacting with the customers. I can take the temperature of a lot of things.”