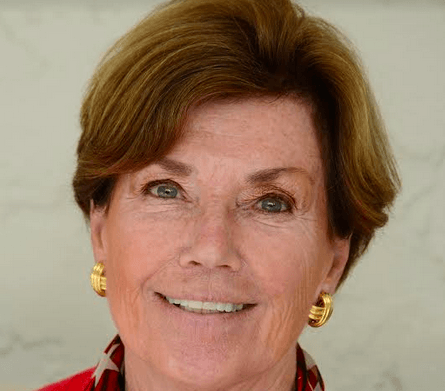 Walt (Disney) got it right: “It’s a small world after all.” It is also a powerful and passionate one as the nationwide “March for Our Lives” movement proved. The takeaway for all politicians should be: The electoral and social media savvy of the new generation is pervasive and persuasive, and it begins young, with the very small.

For the past 18 years, I have been invited by Mrs. Retzler to teach her four-year- old students at Round Hill Nursery School the basics of voting. They choose the snack for the day with ballots depicting popcorn or pretzels. The children learn that their vote is their very own, independent decision, is secret, and makes an immediate difference. Feedback from parents and Round Hill Nursery School graduates indicates that the lessons learned are lasting. (Full disclosure: Pretzels are the Alf Landon of snacks with only two victories.)

Fast forward to the fourth grade at North Mianus School where Mrs. Mulligan’s Girl Scout troop is working to earn a citizenship badge and learning about women in government. After our lively discussion, they mastered the legislative process by which their voices and ideas could be presented to Student Council and possibly, democratically, adopted as School policy. (My prediction is pizza will be on the cafeteria menu.)

Onward to rising seniors at Greenwich public and independent schools who can be selected to participate in Boys/Girls State, a learn-by- doing immersion in grassroots democracy sponsored by American Legion Post 29 and supported by local organizations like Greenwich Rotary. The week-long programs are held at Eastern Connecticut State University and provide participants with hands on experience in the politics of local and state government. (Greenwich holds the record of delegates who have been elected Governor by their peers.)

Finally, the recent “March for Our Lives” in Stamford, Washington, and communities across the country was an ultimate expression of youth activism and a non-partisan wake up call. Teenagers organized, and they spoke out. They were galvanized around the issues of gun safety, school security, and voter registration.

They were calling upon us to listen to what they are saying, to learn from their experiences, and to act on their behalf. Their articulate advocacy and their civility are truly awe inspiring. (Note to responsible adults: Hear and heed.)

Young people are the future … and we should be glad and rejoice in it.