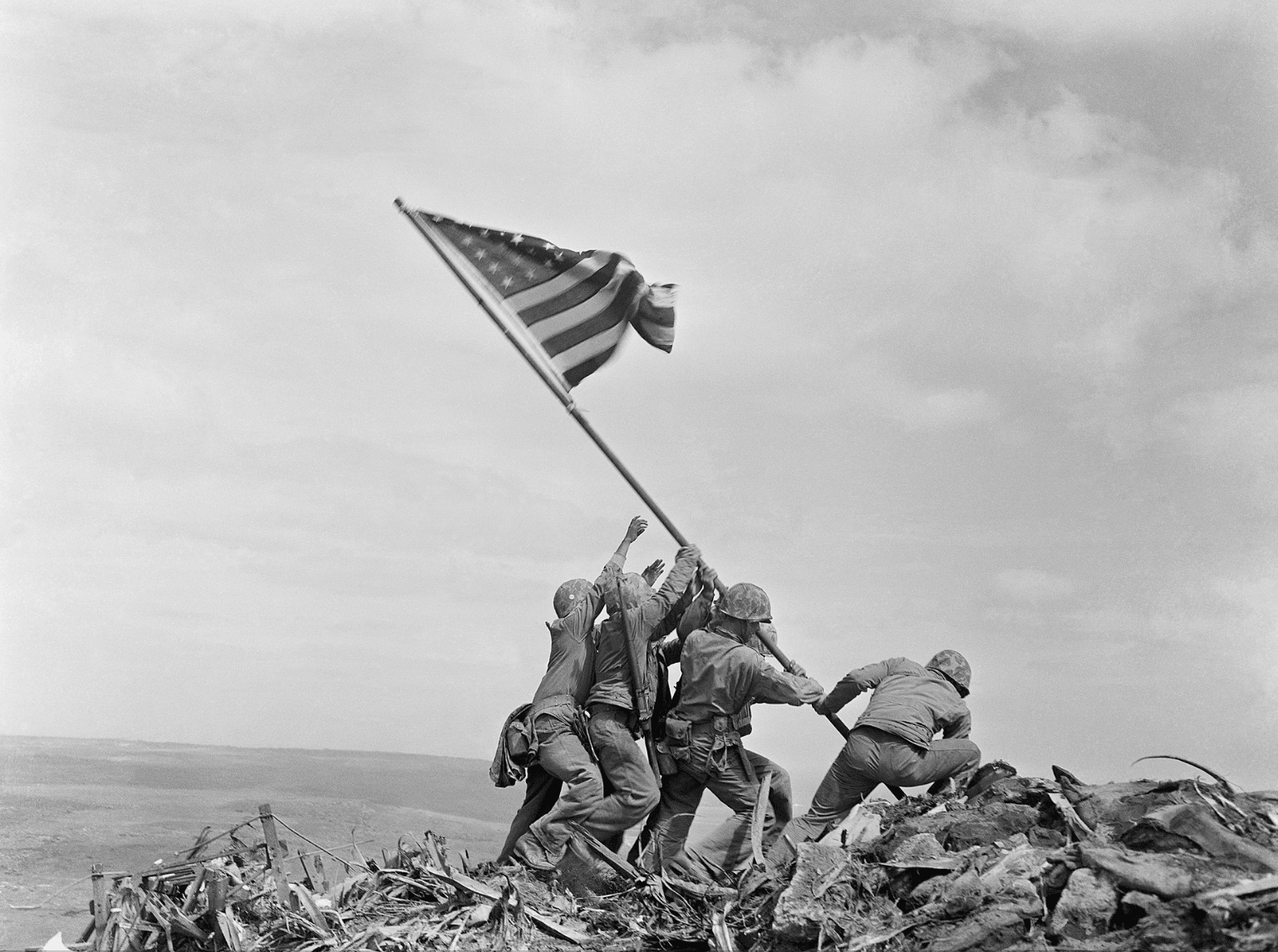 On February 19, 1945 the attack began on Iwo Jima by the US Marines with the support of Naval surface units and Naval and Marine air units against a fortified island manned by 22,000 Japanese solders sworn to die for their emperor.

The Japanese soldiers were order to kill 10 Marines before they died. When the battle was over, 6,821 US servicemen had fighting the battle, which is said to be one of the bloodiest in Marine Corps history.

The battle is immortalize by the US National Iwo Jima Memorial located on Ella Grasso Boulevard at the New Britain – Newington, Connecticut, town line. Engraved are the names of the 100 Marines who died during the battle.

On February 23, 2020 ceremonies at the Iwo Jima Memorial – on the east side of the Central Connecticut State University campus off Ella Grasso Boulevard (Iwo Jima Way, Exit 29 off Route 9) – are scheduled to start at 10:30 am.

The program is free and open to the public. After the ceremonies, people are invited to the Newington fire house to talk with Iwo Jima survivors and view memorabilia of the battle. Refreshments will be served.

As a young officer co-author retired Major General Fred Hayes fought in Combat Team 28. Marines of CT 28 were the ones who raised the American flag on Mount Suribachi.