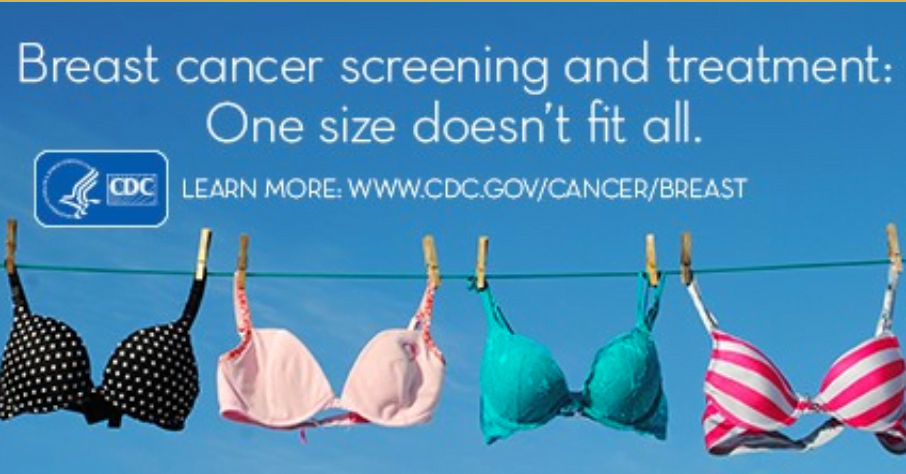 October is National Breast Cancer Awareness Month. Mammography is the key to the early detection of breast cancer, and early detection means more timely and effective treatment. Since the national awareness program began in 1985, mammography rates have more than doubled for women age 50 and older and breast cancer deaths have declined.

Over the last decade, the risk of getting breast cancer has not changed for women overall, but the risk has increased for African American, Asian, and Pacific Islander women. Moreover, African-American women are 40% more likely than white women to die from the disease.

“Although there has been tremendous progress in screening and treating this disease, there are still women who do not take advantage of mammography screenings and clinical breast exams at regular intervals. The statistics indicate that early detection can save lives,” said Caroline Calderone Baisley, Director of Health.

According to the American Cancer Society, more than 3.1 million U.S. women with a history of breast cancer are alive today.

• Women aged 40 to 44 years should have the choice to start annual breast screening with mammograms if they wish to do so. The risks of screening as well as the potential benefits should be considered.

• Women aged 45 to 49 years should get mammograms every year.

• Women aged 50 to 54 years should get mammograms every year.

• Women aged 55 and older should switch to mammograms every 2 years, or have the choice to continue yearly screening.

• Women aged 75 and older with average risk: Screening should continue as long as a woman is in good health and is expected to live 10 more years or longer.

• Women with dense breasts: There is not enough evidence to make a recommendation for or against yearly MRI screening.

• Women at higher than average risk: Women who are at high risk for breast cancer based on certain factors (such as having a parent, sibling, or child with a BRCA 1 or BRCA2 mutation) should get an MRI and a mammogram every year.

All women should be familiar with the known benefits, limitations, and potential harms associated with breast cancer screening. They should also be familiar with how their breasts normally look and feel and report any changes to a health care provider right away.

• Not having children or first pregnancy after age 30

• Being overweight, especially after menopause

• Not being physically active

• Personal history of breast cancer, dense breasts, or some other breast problems

Women who cannot afford regular mammography may be eligible for free services through the Connecticut Breast and Cervical Cancer Early Detection Program at Stamford Hospital, (203) 276-5954.

Centers for Disease Control and Prevention

For more information contact the Greenwich Department of Health by calling 203-622-3782.