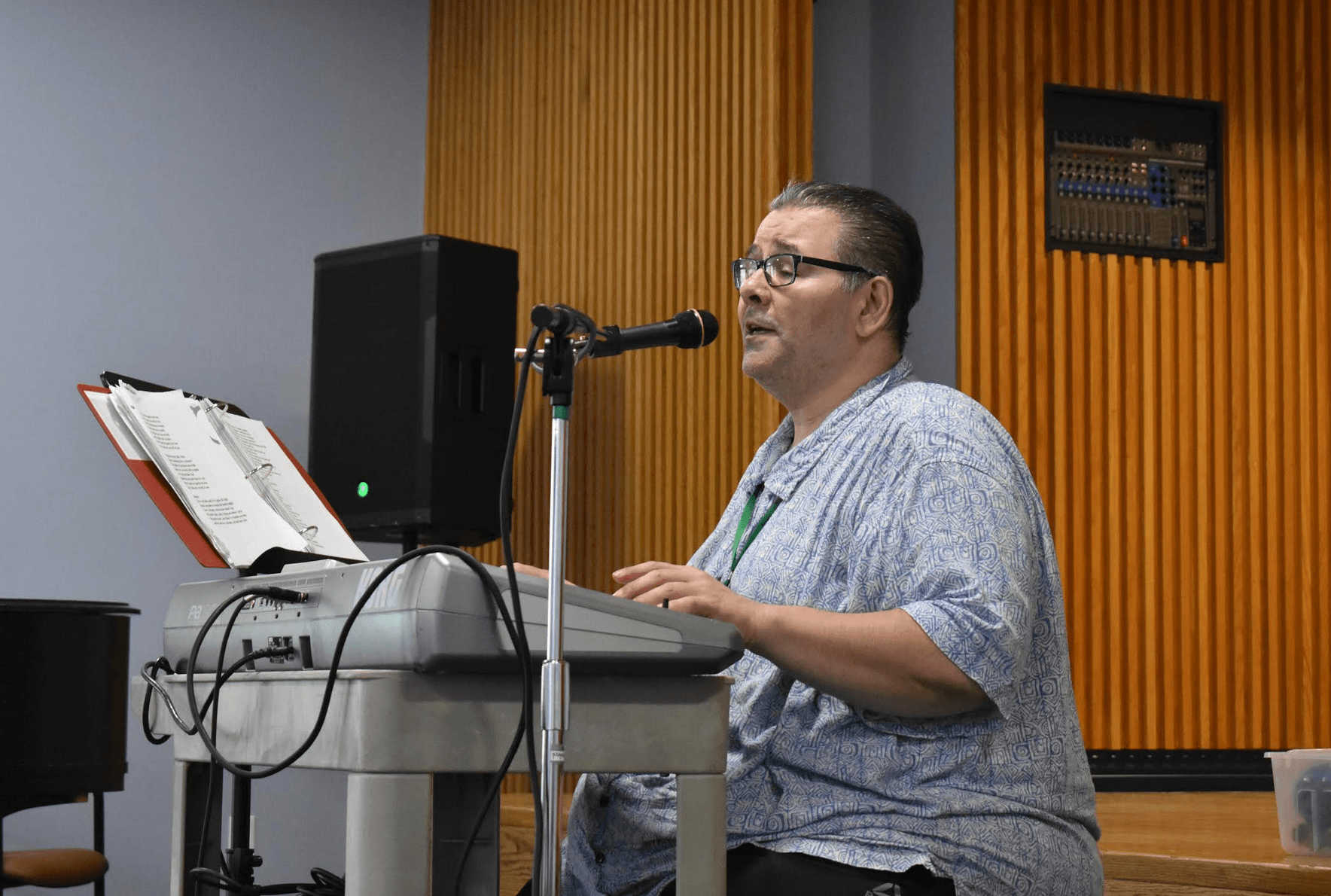 At Nathaniel Witherell, the Town of Greenwich’s short-term rehab and skilled nursing center, residents are offered a variety of recreational activities, including music therapy.

Mike Rinaldi, a Music Therapist at the Witherell offers different music-based activities for the residents including sing-alongs, rhythm & melody, name that tune, music trivia and music reminisce, an activity where residents talk about their favorite artists.

In his childhood, Mike was surrounded by music. His grandfather, who Mike saw as a mentor, played the piano and mandolin. His brother played drums. A cousin played the guitar and another sang.

Mike typically performs songs at Witherell that originated from the 1940’s, 1950’s and 1960’s, preferring not to sing them in a traditional way, but rather in a more modernized version where he can “spice it up.” A good example has Mike  playing You Are My Sunshine in a reggae style.

According to Mike, his music touches each resident differently. For many residents, hearing a specific song will evoke emotions in different ways. For some it may make them smile or cry. The songs remind them of specific time periods in their past. 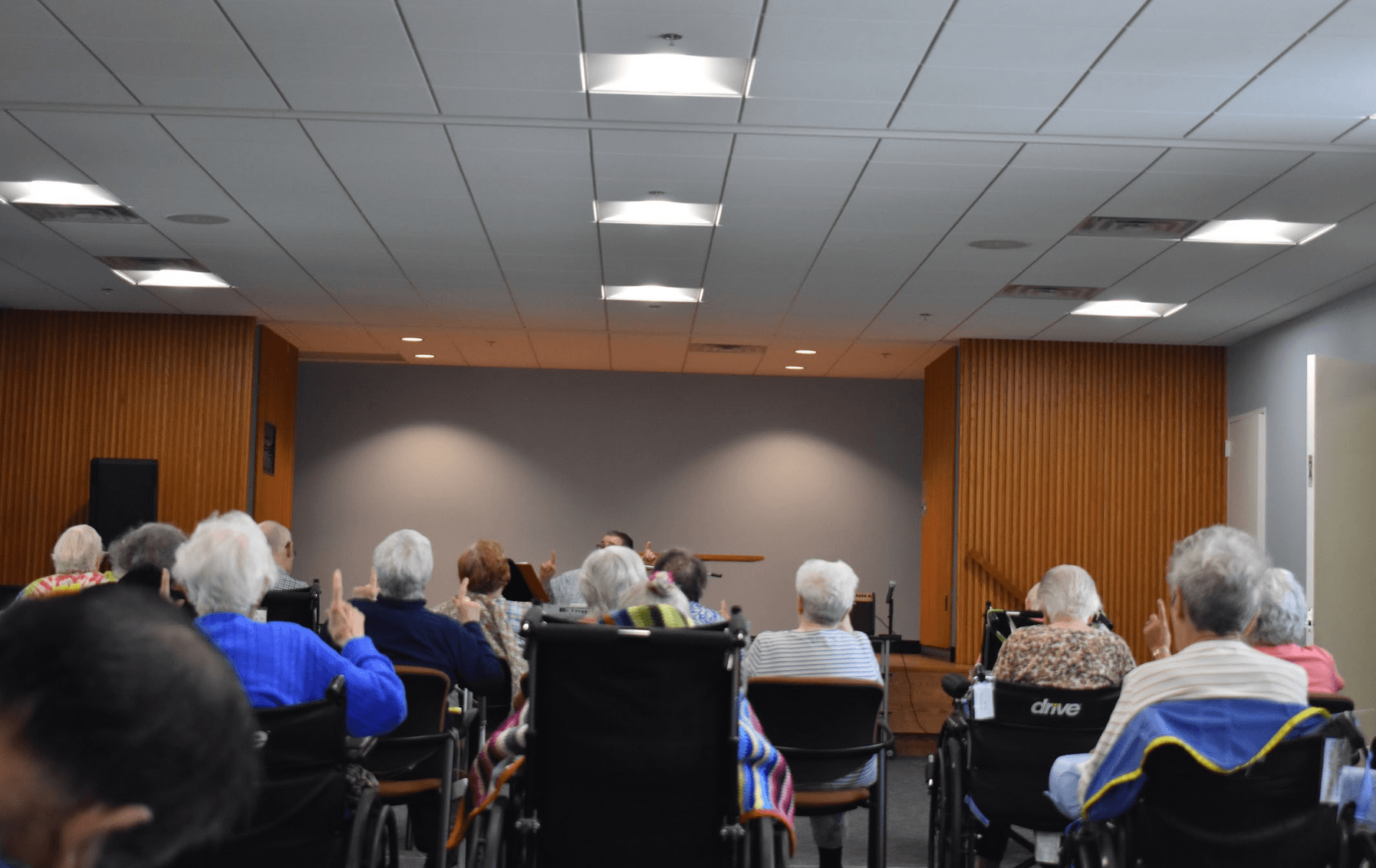 Mike recalled one woman in the Dementia Care unit who would not responded to any activities, including bingo or cards. But once Mike arrived with his music, the woman’s memory was sparked and she began dancing to the music.  It took her back to a time when she and her husband loved to dance.

Mike says for the residents, music serves as an amazing tool. “I think it is the best medicine,” he said. The crowd watching Mike sing were definitely energized and moving to the beat.