“If you see something, say something,” reminded Sgt. Thorme as the police dog sniffed several bags from the audience. One of the bags contained drugs as part of the demonstration. Credit: Leslie YagerThis year at Adopt-A-Dog’s Puttin’ on the Dog festival and adoption event, the police dog demonstration featured several officers and their canine working companions. The working teams represented Greenwich and Stamford Police Departments, the Metropolitan Transportation Authority and the Department of Corrections. 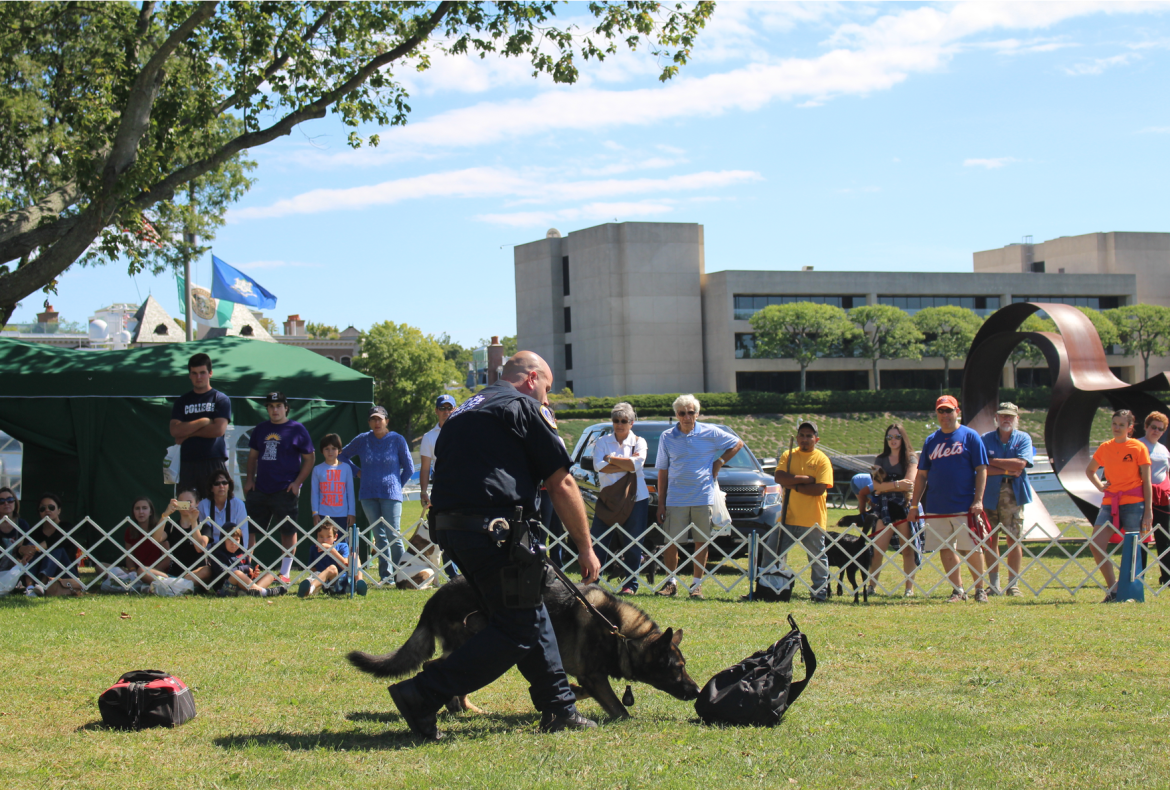 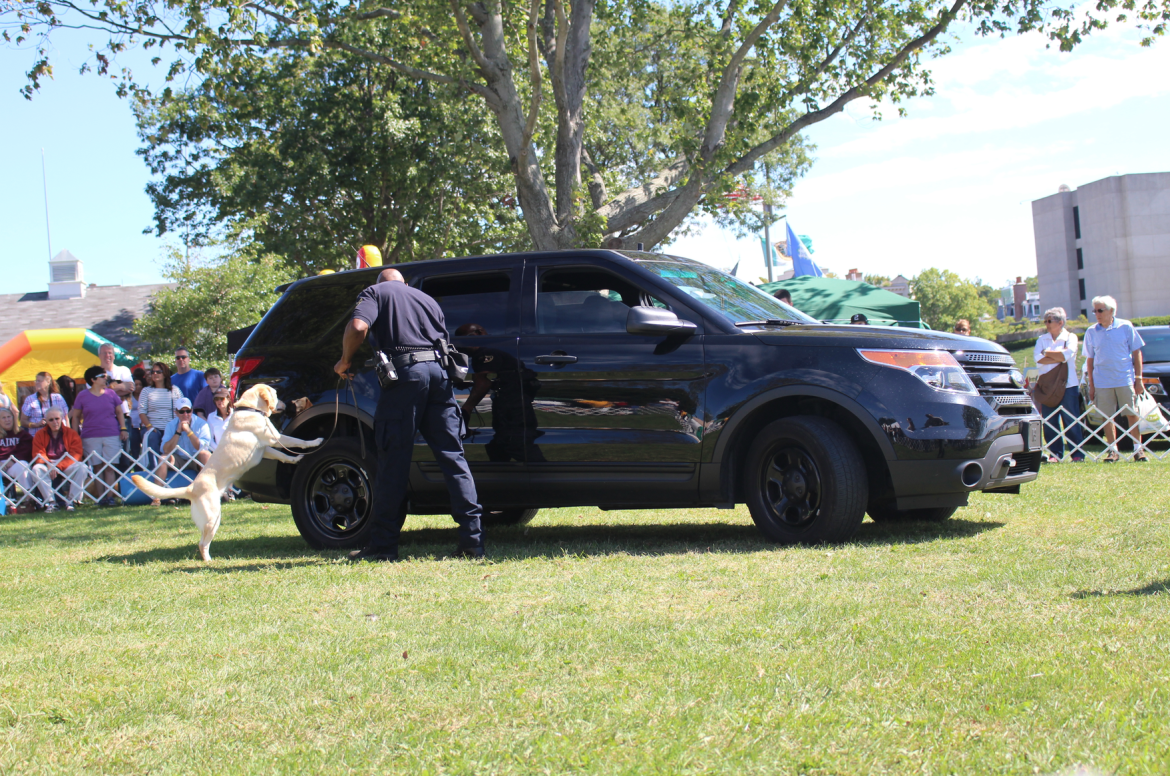 A drug sniffing dog from the Dept. of Corrections leads the officer to the evidence. Credit: Leslie Yager 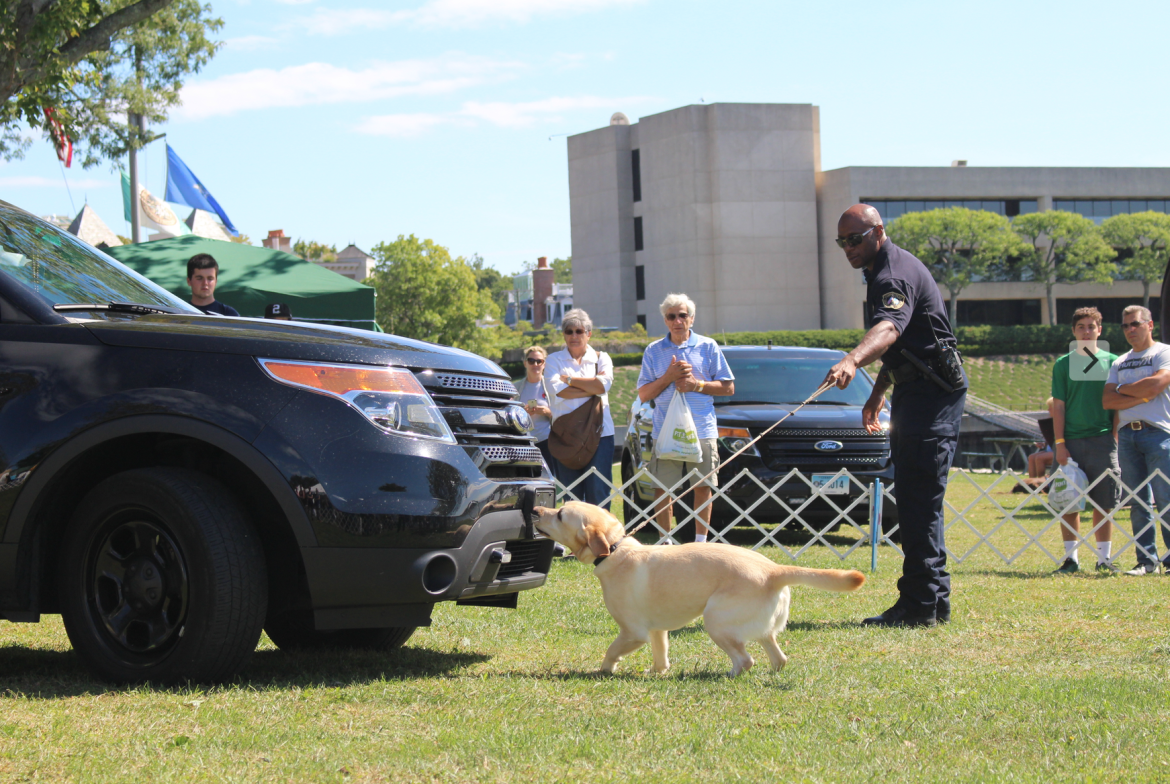 A drug sniffing dog from the Dept. of Corrections leads the officer to the evidence. Credit: Leslie Yager

Sgt. Thorme of the Greenwich Police Dept pointed out the that dogs, both German Shepherds and Labradors, are trained for obedience, and often cross trained for more than one purposes. Tasks include detecting narcotics or incendiary devices, evidence recovery and handler protection. 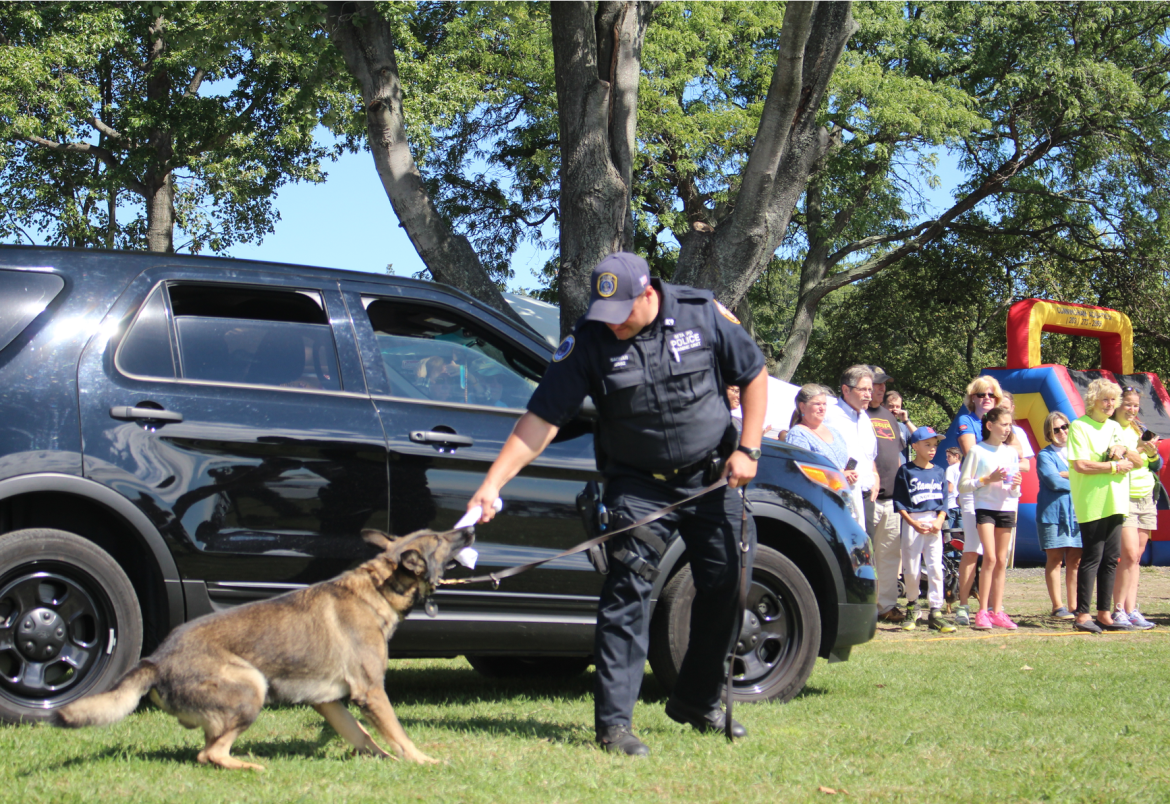 During the demonstration, the yellow lab detected drugs on one of a half dozen people participating in the exercise. The dog also sniffed narcotics hidden in a police car.

“Connecticut state law says we have to announce our intentions that say we have to give you a chance to give up,” Thorme said as officer in the demonstration called out to the officer pretending to be the bad guy to stop.

Officer Keith Scorco and his police dog Canine Kato are on call 24 hours a week, according to Sgt. Thorme who said the dog goes home with Officer Scorco every day after work.

The K9 demo was part of the daylong event, held at Roger Sherman Baldwin Park. Puttin on the Dog is major annual fundraiser for Adopt-A-Dog, which recently waived their adoption fees in lieu of an optional donation. Their number of adoptions has soared. And while last year no dogs were adopted from Adopt-A-Dog at the event, at the outset of the event there was one pending adoption as well as a second adoption at the kick off event at Little Pub.

When the finally tally of adoptions is announced, Greenwich Free Press will share that information!