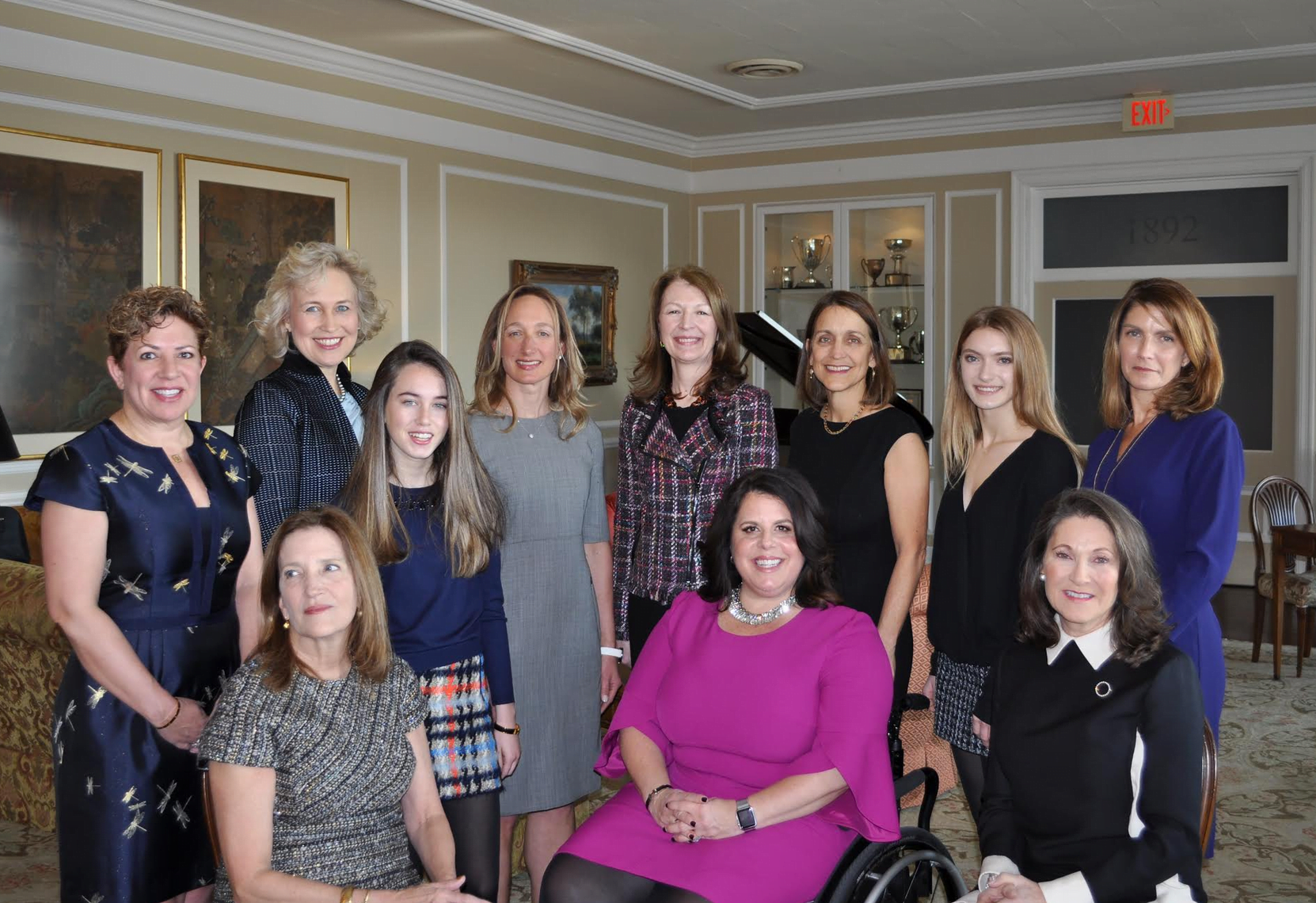 The YWCA Greenwich hosted their 2019 Women Who Inspire Awards on January 25 at Greenwich Country Club.

The Women Who Inspire Awards were established to recognize and celebrate outstanding women who have excelled in philanthropic, professional and volunteer pursuits and enriched the lives of those in our community.

“We are thrilled to honor these accomplished and inspiring women,” said Mary Lee Kiernan, President and CEO, YWCA Greenwich. “As the mother of two daughters, I’m grateful that women today don’t have to just choose just one path – career or family or community to the exclusion of other pursuits.”

Sydney Noble from Greenwich High School, who founded, “Picking Up the Pieces,” an organization that educates students about living with autism.

Also, the Women Who Inspire Corporate Award was provided to Stamford Health for their leadership in developing a strong culture and practices that support gender equality and women’s empowerment. “Stamford Health believes that we best serve our community when we inspire the best in each one our employees,” said Kathy Silard, President and CEO, Stamford Health. “Seventy-five percent of our 3,500 employees and 50 percent of our leaders are women.”

Alejandra Y. Castillo, Esq., CEO, YWCA USA, was the special guest. In her role as CEO, Ms. Castillo represents 210 YWCA associations in 46 states and the District of Columbia. YWCA USA is one of the oldest and largest women’s organizations in the nation and is the largest provider of domestic violence services in the country. “Our journey has taken us through every important juncture where the future of our nation and the voices of women and people of color have called out for justice and fairness,” said Castillo. “Today, we stand with women who are facing human trafficking and family separation, women who need a safe place to survive domestic violence, women and girls searching for educational and economic opportunities, women and girls seeking to find their voices.”

Ms. Castillo has served in two US presidential administrations. In 2014, she served as the national director of the Minority Business Development Agency (MBDA), becoming the first Hispanic-American woman to lead the agency. In her position, she helped to secure financing and capital in excess of $19 billion, creating or retaining over 33,000 jobs. As an attorney, Ms. Castillo has worked in the public, private and non-profit sectors.

The decision to combine these events is an acknowledgement of the dramatic changes in society that have led to the fluidity of work/life pursuits for women of today.