There will be a public viewing at the Bowman Observatory for the August 21 during the total solar eclipse.

This is the first total eclipse of the Sun visible from the contiguous United States (excluding Alaska and Hawaii) since February 26, 1979.

The last time a total eclipse was visible from coast to coast was on June 8, 1918.

The New Moon is the first phase of the Moon, when its orbit is not seen from the Earth. It is at this moment when the Moon and the Sun have the same ecliptical longitude.

Anne Burns from the Greenwich Astronomical Society is hosting the viewing on August 21. She’ll be at the observatory with her SunSpotter, a projection device, and will bring other projection devices as well to enable people to observe safely.

“We’ll have a partial eclipse, about 70% coverage of the Sun by the Moon,” Burns said. “The eclipse starts at 1:30 pm and ends at 4:00pm, with maximum coverage around 2:45pm.  As the Moon moves across the sun’s disk, we’ll see the Sun become a crescent, which will change shape as the eclipse continues.”

Burns said projection devices include a hole in a piece of cardboard, projected onto another cardboard; a refractor telescope or binoculars with a projection card behind it (though of course no one should try to look through them directly!).

“You can even make a lattice of your fingers and project the image on a wall, or on the ground,” Burns said. “Also, look at the sun dapples made by leaves.  Ordinarily they are little circles, which are actually projections of the Sun; so during an eclipse they are little crescents.”

Burns said #12 or 14 welders’ goggles are safe to look at the Sun through.

“Unfortunately we are short of the special glasses as demand has been incredibly high, but I have a few that people can borrow and look through,” Burns said.

“The eclipse is special because all solar eclipses are rare events, and also beautiful – and this is the first total solar eclipse in North America since 1979!”

The Bowman Observatory, with its shiny new dome, turns 76 this year.

In 2007, the town of Greenwich funded replacement of the old dome with a motorized dome that rotates 360 degrees.

Thanks to generous donors, in 2014 The Astronomical Society of Greenwich installed a state-of-the-art RCOS Carbon Truss 16″ Ritchey-Chretien F/8.4 telescope in the Observatory.  This new telescope allows increased, easier usage by Greenwich school students, and it substantially increases the number of sightings visitors can enjoy on public nights.

Situated atop a small knoll, the observatory is sited perfectly for star gazing, and in this case for safe viewing of the eclipse. 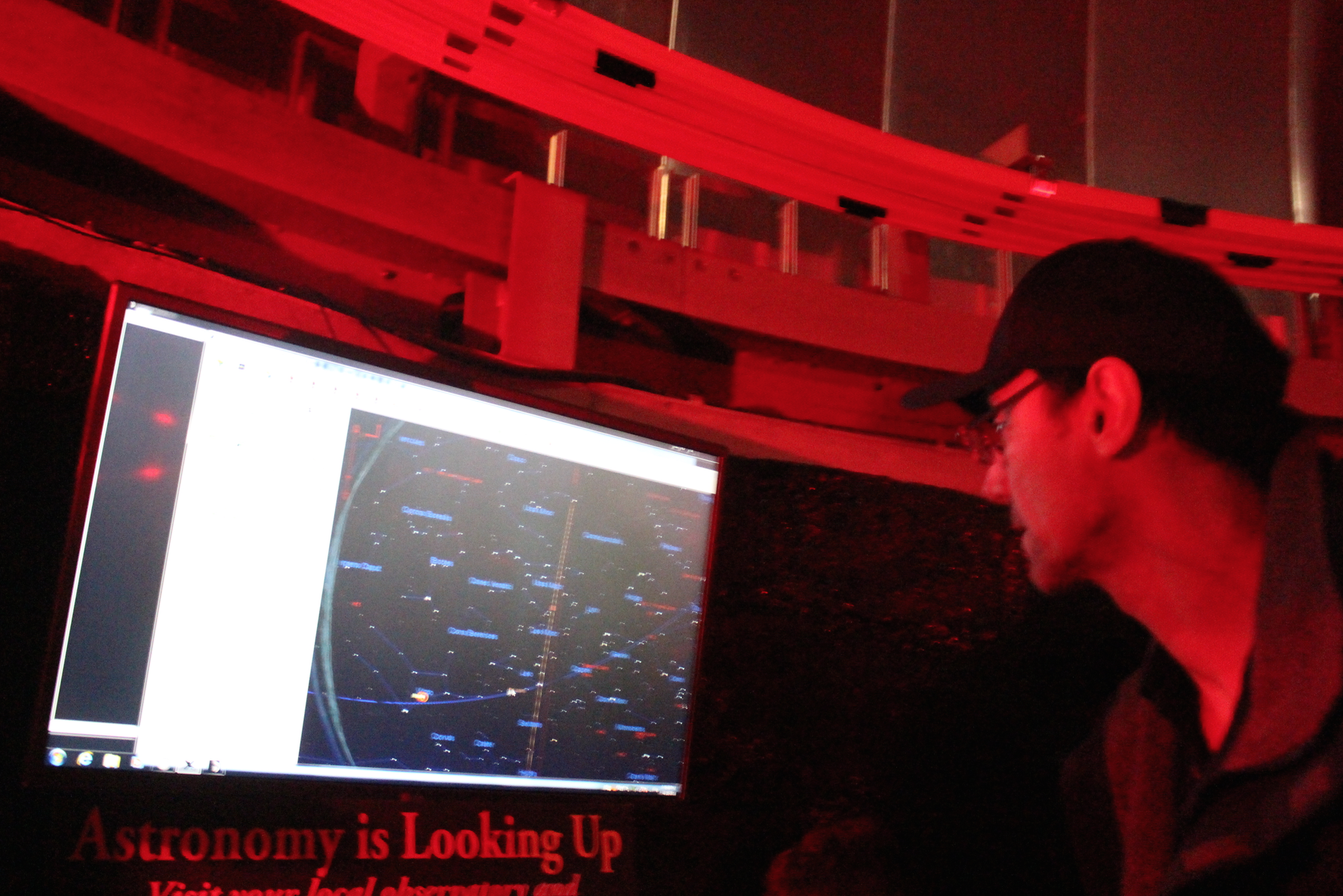 Bowman Observatory keyholder Rick Bria consults the computer for information as he narrates the stars the public view through the telescope.

Throughout the year, Greenwich’s Bowman Observatory has regular public viewing nights. The public viewing experience includes watching Bria crank open the hatch, rotate the dome, and move the telescope into position. Anyone can ask a question at any time. And unlike a planetarium visit, there is no recorded audio. No canned presentation. Plus, no two viewings at the Bowman Observatory are ever the same.

The open view nights are on the first and third Wednesday of every month, if skies are clear: