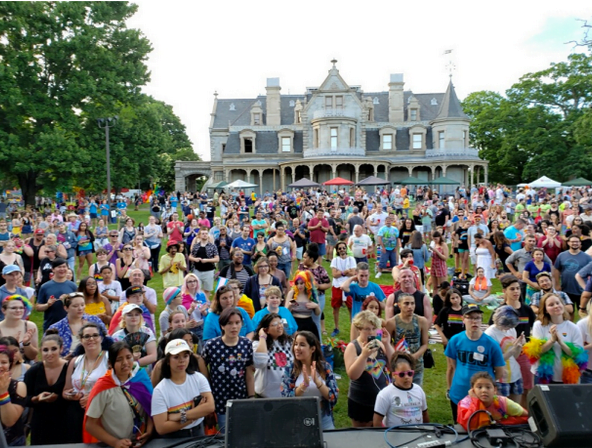 “I am so thrilled that the community came out in such high numbers to celebrate Pride in the Park,” said TCC Executive Director Sean-Michael Hazuda. “Hundreds of families experienced our first ever Fun Zone, and people of all ages enjoyed our headliners Martha Wash, Morgan McMichaels and Gia Gunn.”

Circle Care Center was the presenting sponsor for the 2019 Pride in the Park. “All of us at TCC are especially grateful for the year-round support from Circle Care Center,” said Hazuda. “Their generosity is meaningful because of the passion with which they serve the LGBTQ community.”

Fairfield County’s Pride in the Park took place on Saturday, June 8, 2019, marking the sixth occurrence of this annual event. Pride in the Park commemorates LGBTQ Pride month each June, which coincides with the anniversary of the Stonewall Uprising.