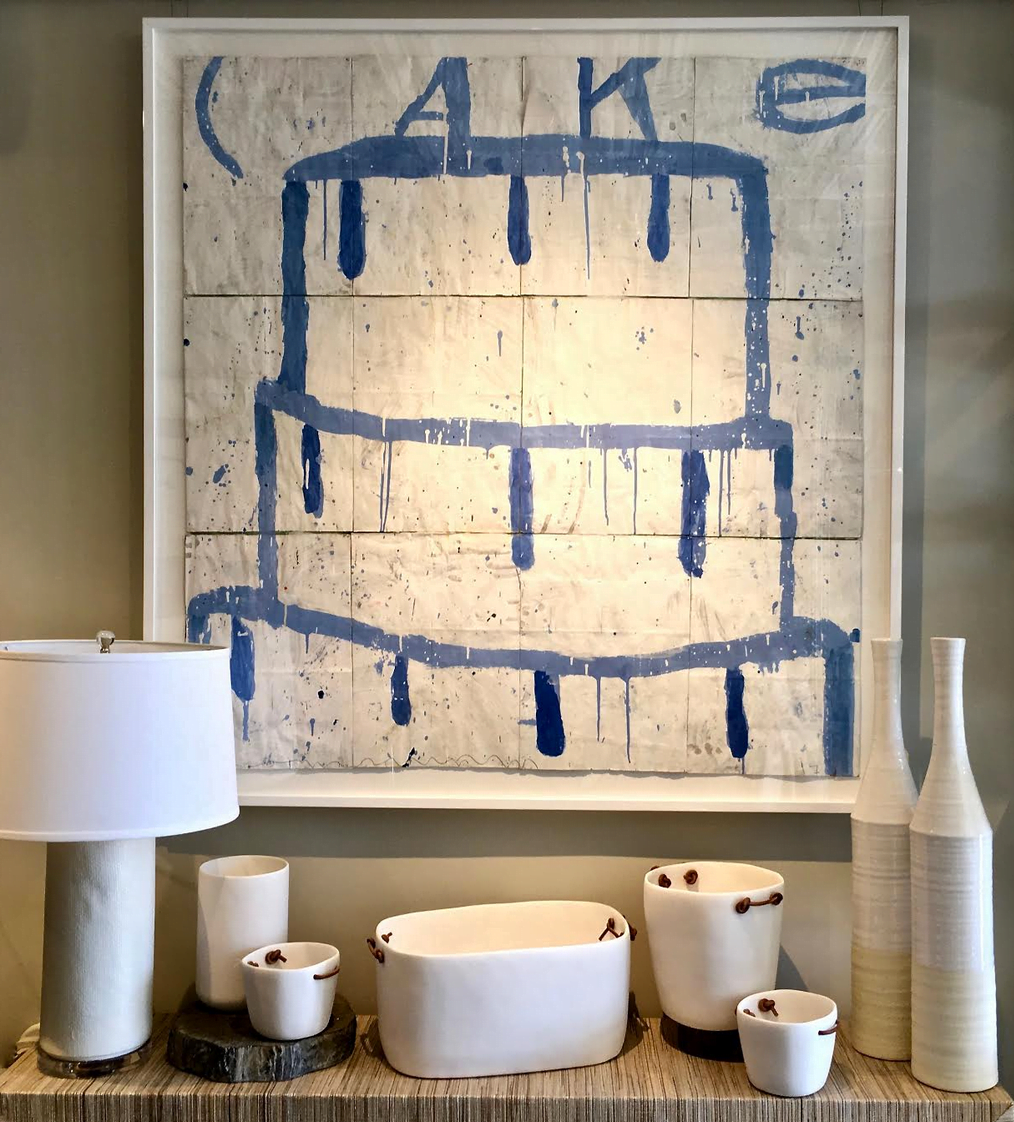 This week habitatgreenwich, located at 234 East Putnam Avenue in Cos Cob, is unveiling the  extraordinary “CAKE” Artwork of Gary Komarin.

On Thursday, June 13, 2019, from 6:00pm-8:00pm the event will feature refreshments provided by Randy’s Wines and lite bites provided by Plum Pure Foods.

The shop, founded by Greenwich resident Kim Caravella, opened in July of 2018.

Born in New York City, the son of a Czech architect and Viennese writer, Gary Komarin is considered a modern master in post painterly abstraction.

He has exhibited extensively throughout the United States, the United Kingdom, Europe and Asia. In 1996 his work was included in an exhibition at 41 Greene Street and shown with the paintings of Jean-Michel-Basquiat, Philip Guston and Bill Traylor.

Komarin has been included in a few short documentary films. In 2016, 60 Minutes producer, Harry Moses produced and directed a short documentary film on Gary Komarin titled, The Painter’s Path. Articles and essays on Komarin’s work have been published in The New York Times, Art in America and Arts Magazine among others.

“We are beyond passionate about Gary Komarin’s ‘CAKE,’ Artwork,” Caravella said. “Please join us in celebration.”