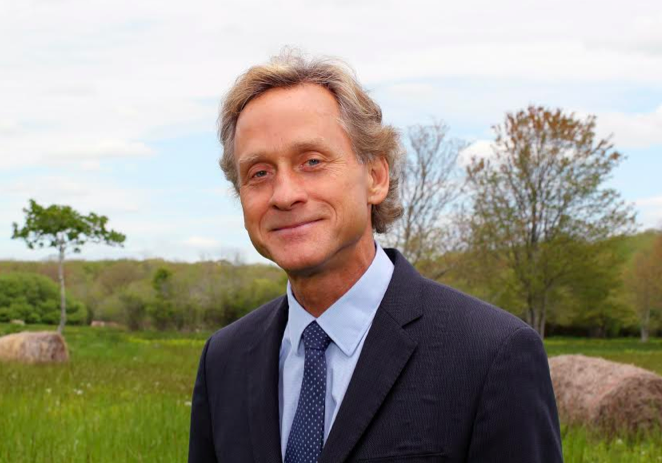 The First Congregational Church in Old Greenwich, the oldest church in town, is on the move, with a new leader at the helm. After a long and fruitful search, the church now has a new Senior Pastor in Rev. Richard S. DenUyl, Jr.

Rev. DenUyl began his tenure at First Church in September and is settling into life at his new church.  He comes to Old Greenwich by way of The United Congregational Church of Little Compton in Rhode Island, where he served for 20 years. But is no stranger to Connecticut, as he previously served as an Interim Associate Pastor at Norfield Congregational Church in Weston and worked for several years as a psychological crisis counselor for three towns in the New Haven area.

Richard was born in Arizona and grew up in Michigan where he earned his B.A. in Business and Religion at Hope College in Holland, MI.  He earned his Masters of Divinity at McCormick Theological Seminary in Chicago before starting his ministry at Westhampton Presbyterian Church, NY as a youth minister.

Richard met his wife, Barbara, at Hope College when they were students. She attended medical school at Northwestern University while he was at seminary and then did her residency at Yale. Currently, Barbara is a pediatrician with a practice in Massachusetts. She is looking forward to relocating to Old Greenwich. Richard and Barbara have a daughter, Sophie, who is in her sophomore year at Barnard College in Manhattan. All three, Richard, Barbara and Sophie, enjoy running, skiing and sailing their boat “Grace” on local waters.

Richard brings many gifts to First Church. He is a strong preacher, possesses a compassionate spirit and is known for his pastoral care for families in crisis and grief. During his years at Little Compton, he grew membership, increased stewardship, built the endowment, and led two capital campaigns to replace the church organ and refurbish all the church buildings. Together, with Richard’s gifts, and their own, First Congregational Church of Greenwich and its congregants look forward to a bright future and the next chapter in the church’s 350-year history.