This June, Laura Dickey had a far-out experience that happens only once in a lifetime. And in a bright blue suit. 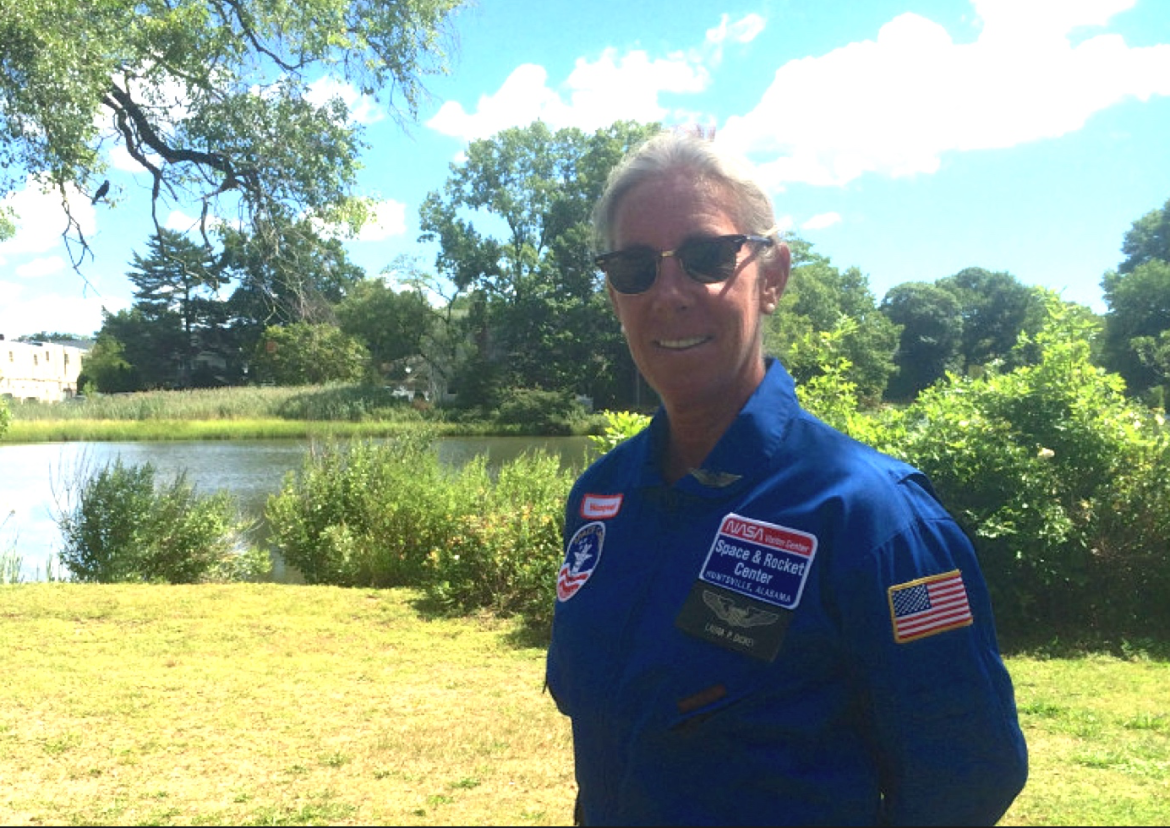 Dickey, a Greenwich resident who teaches science at Dolan Middle School in Stamford, geared up and traveled to Huntsville, Alabama, for a five-day scholarship program, Honeywell Educators Space Academy (HESA).

The goal of this ‘field trip’ was to inspire teachers to encourage students to pursue science, technology, engineering and math (STEM) education and careers. 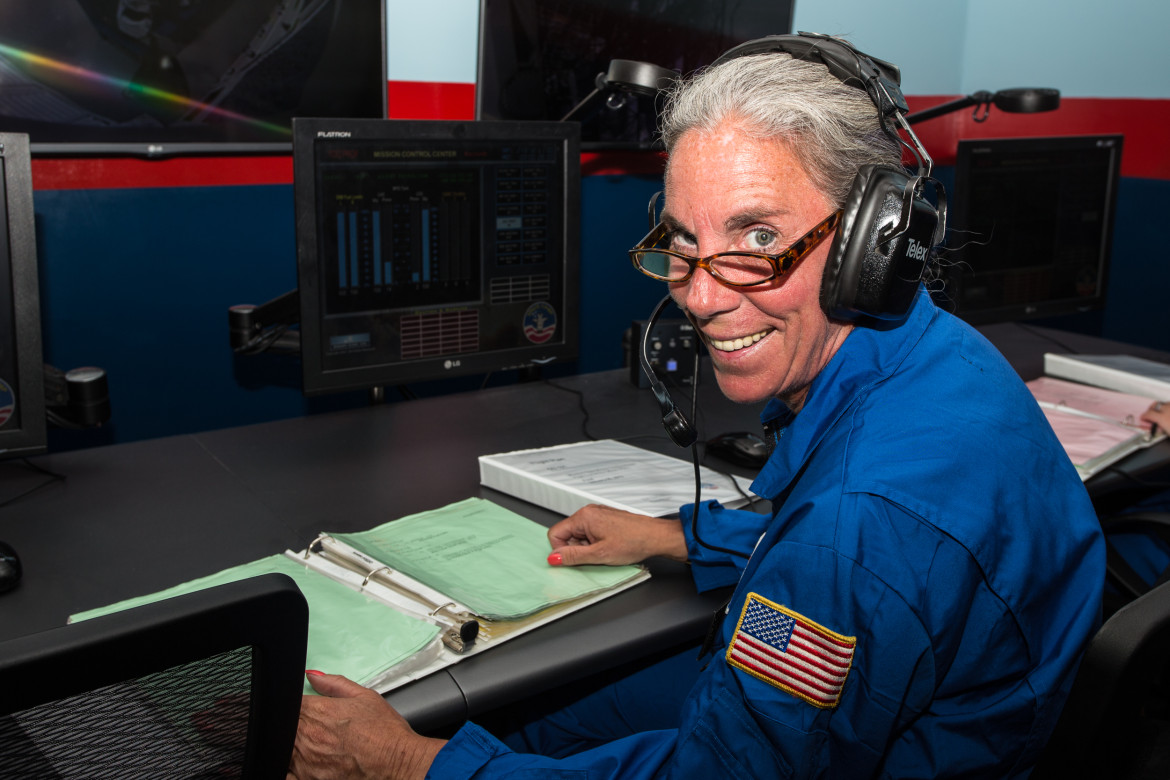 This year, 205 teachers from 24 countries, including 104 from 39 states and US territories, were given rigorous training focused on science and space exploration. It included astronaut-style exercises like high-performance jet simulation, scenario-based space mission, land and water survival training, and interactive flight dynamics programs.

“It was unreal,” Dickey said. “I was living my dream. Some days, I was Flight Dynamics Officer (FDO or FIDO); others days, I was governing countdowns. I took it all very seriously, especially as a child of the Apollo Space Program. As a kid, I watched Neil Armstrong walk on the moon. The space race was in full swing, too. I learned a lot from those space cowboys.”

Dickey said her love for space stems from her family. “My father was a trained pilot in World War II, my mother was a flight attendant, and my brothers are even bigger space-geeks than I am,” she explained. “They were all jealous of my experience!” she added. 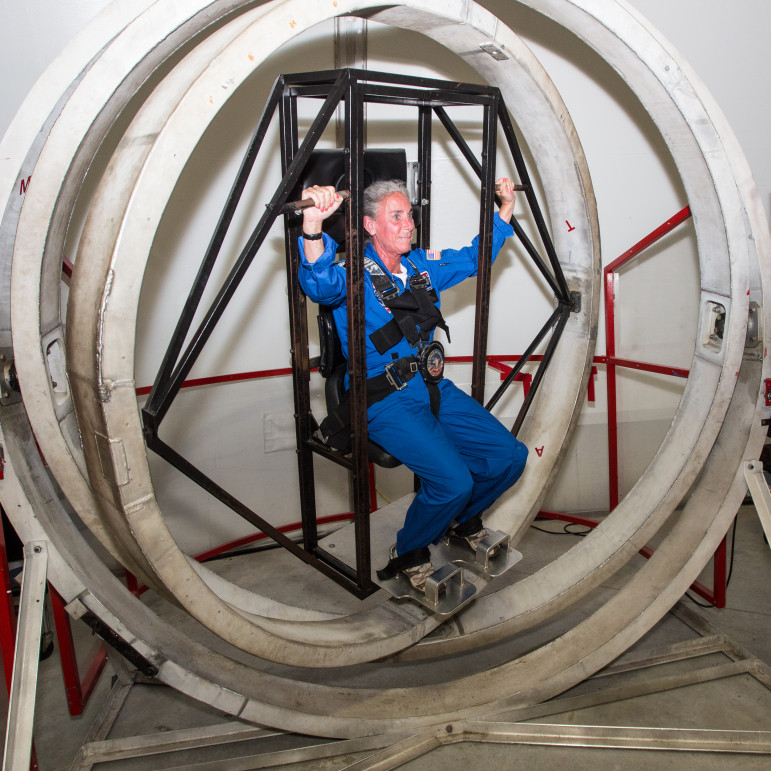 Dickey in a full flight simulator at HESA in June. Contributed photo.

However, Dickey didn’t just attend this program for herself. “This experience has taught me a lot, yes, but really it’s going to benefit my students. They are, after all, the next generation of engineers, programmers, mathematicians and astronauts.”

Dickey’s sixth-grade students are in for many surprises when they return to school in a few weeks. She plans on greeting them in her electric blue space suit (even in this heat!).

“I have many exciting plans for this coming school year,” Dickey grinned. “There’s no doubt this year is going to be out of this world.”