Residents young and old were invited to step back in time on Sunday. The Putnam Hill Chapter of the Daughters of the American Revolution at Putnam Cottage hosted an event that allowed guests to experience what life was like in Greenwich during the Revolutionary War and celebrate General Putnam’s Historic Ride. 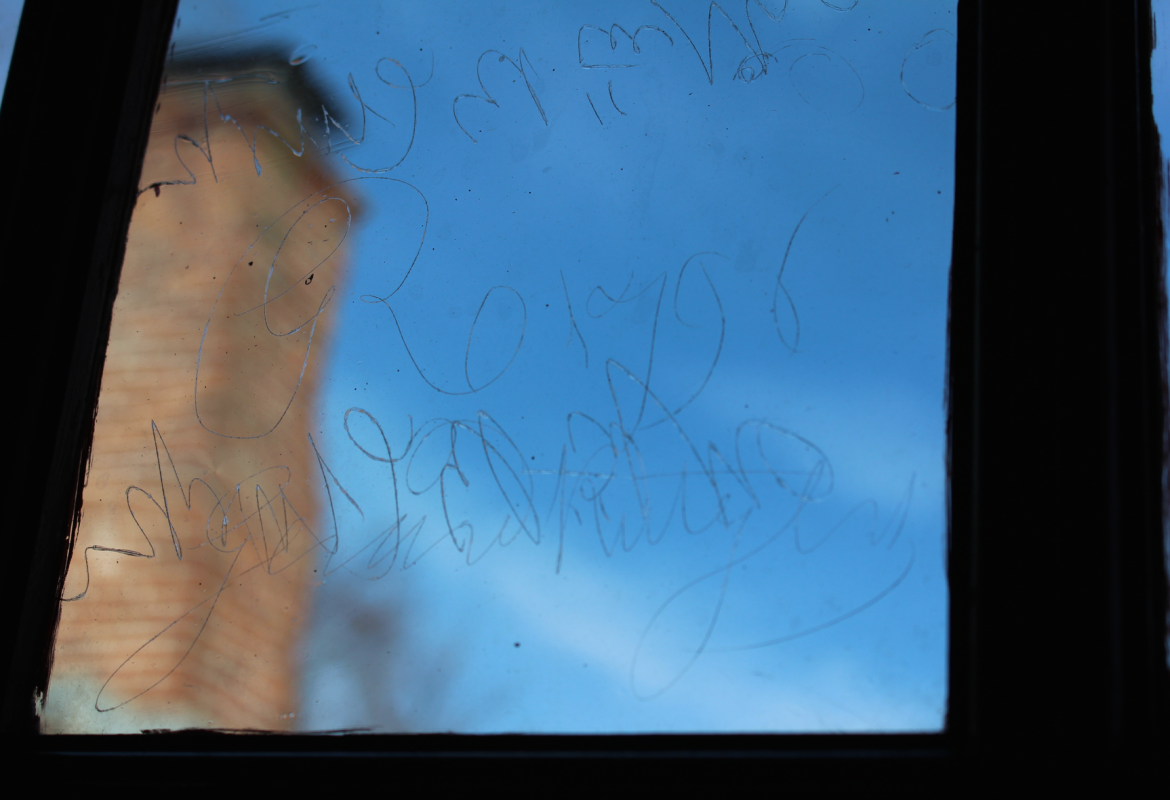 Upstairs in Putnam Cottage, one room was set up as it might have been during a visit from General Putnam with a desk and chair, plus a spacious fireplace.

The other bedroom was set up for a woman, with a wooden cradle and twin fireplace.

One of the handblown pieces of glass in the window contains etchings of the names of the builders. The tour guide explained that the builders probably wanted to leave their mark and most likely used a knife to carve their names in the window pane. 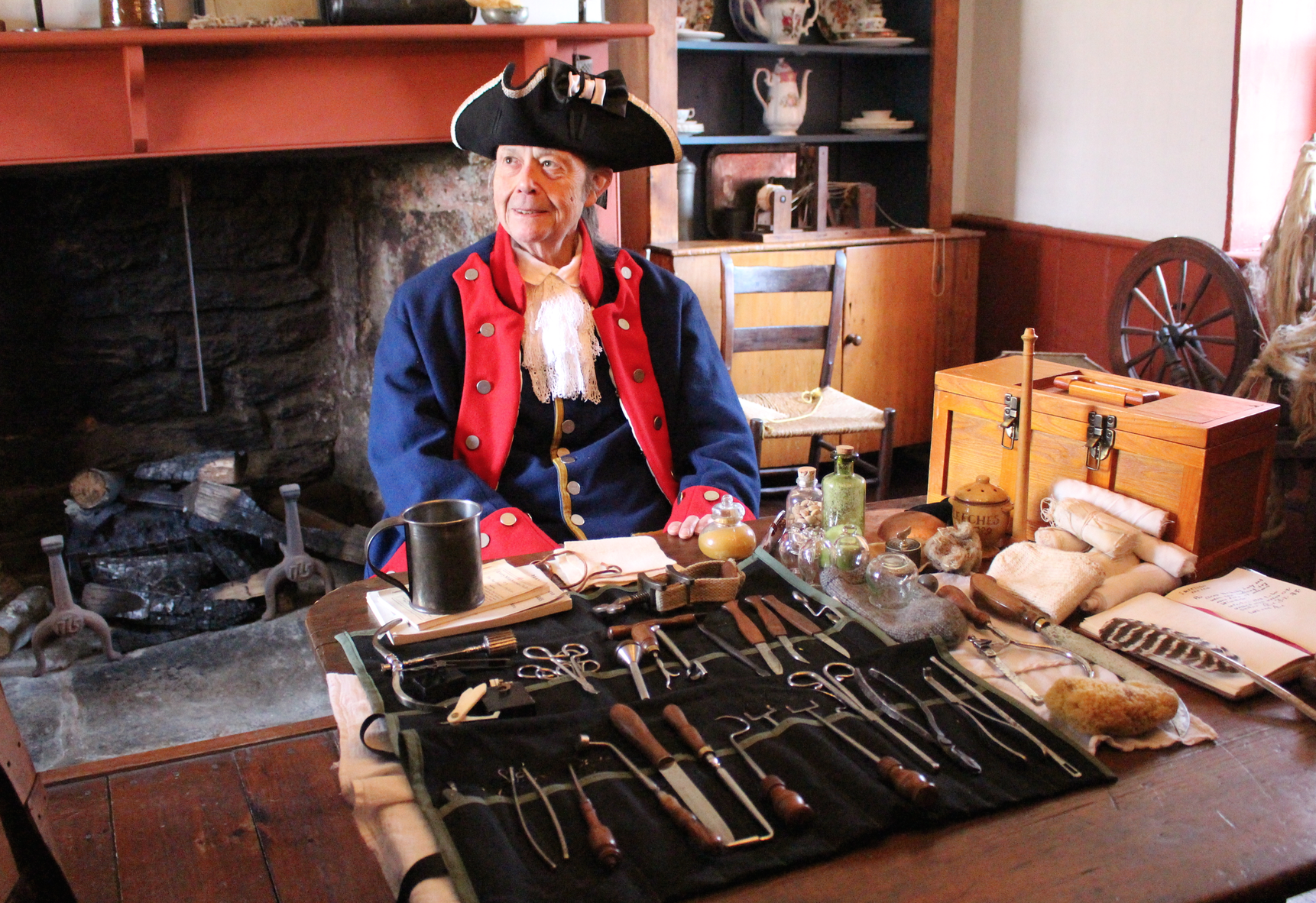 The surgeon was ready for business at Putnam Cottage, Feb. 28, 2016 Credit Leslie Yager

Tours of the cottage also included a visit to the surgeon’s office, where an array of medical tools were spread out. In the adjoining room, there was a sampling of the toys children might have played with, including pick-up sticks, and a yo-yo. 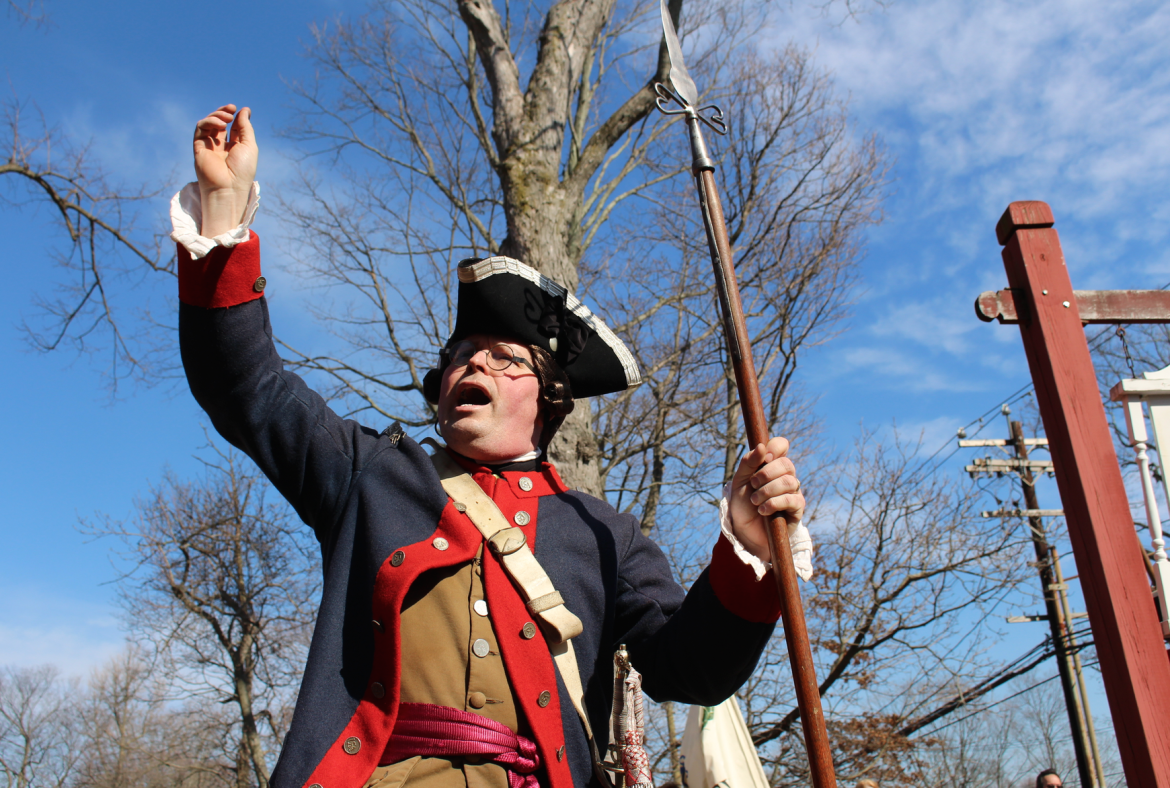 Outside the sun shined down on the Connecticut’s Fifth Regiment, a group dedicated to  educating the public on the role the State of Connecticut and its citizens played in the creation of these United States. The group wore authentic looking uniforms, and shared camp life, tactics, crafts, weapons and accouterments of the period.

The commander explained his instructions to the soldiers as they cocked their weapons and aimed at the enemy. He said they would wait for the command to fire.

“Fire!” he shouted, adding that next the soldiers would next come back to the primary position of loading, wait for  orders to load or shoulder his weapon and make a maneuver.

He said a commander’s voice was limited in its capacity, but drums could be easily heard, and the men were trained to listen to the beats and understood what they meant.

The Fifth Connecticut Regiment is made up of people who are interested in the history of this country and teaching others through living history. It was formed as a family group, encouraging women and children to participate as well.

The group marched onto the front lawn of Putnam Cottage, opposite Christ Church, and fired their muskets before marching to the rear of the property, where they engaged the enemy, the British, in a gun battle. 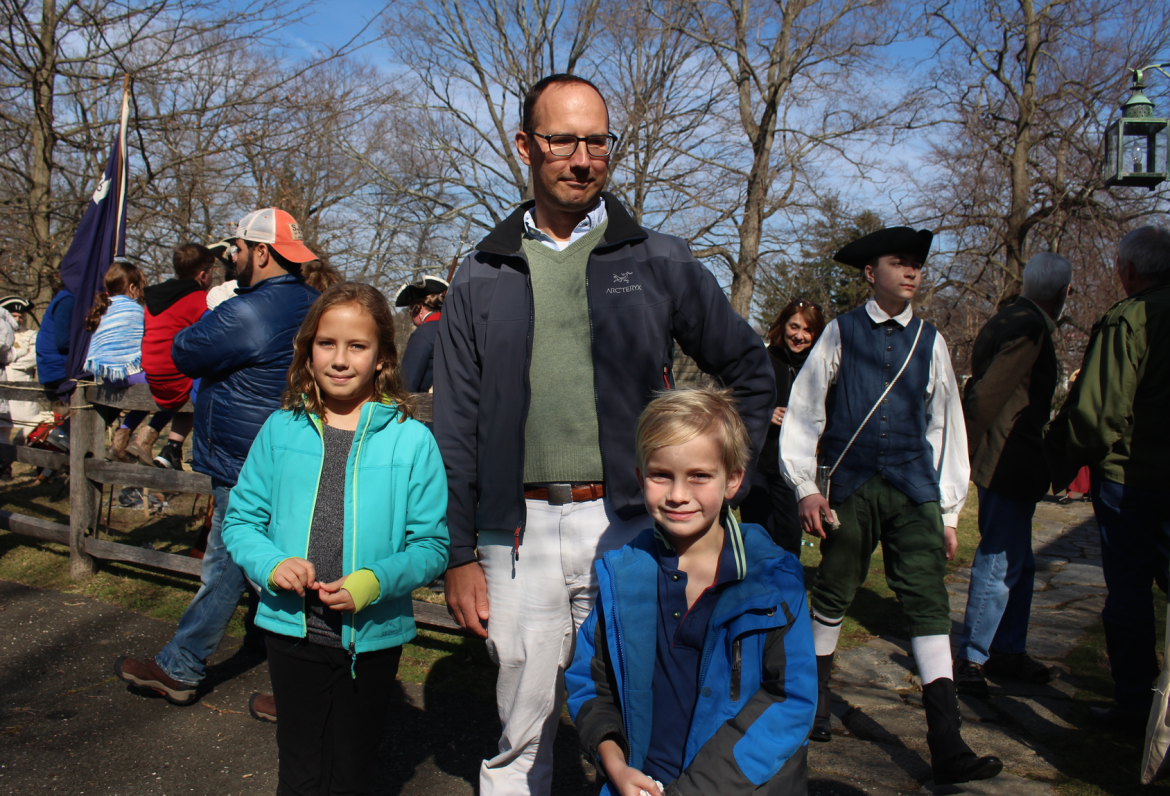 Afterward they fired their cannon, though young Edward Puskar, aka Eddie Spaghetti, a first grader at Julian Curtiss School said the cannon wasn’t as noisy as he expected. Edward’s sister Helen, a 4th grader at Julian Curtiss said not everything during the visit was a surprise. “We went to Bush-Holley House on a field trip,” she explained, adding that she still plays with some of the historic low-tech toys that were on display in Putnam Cottage. 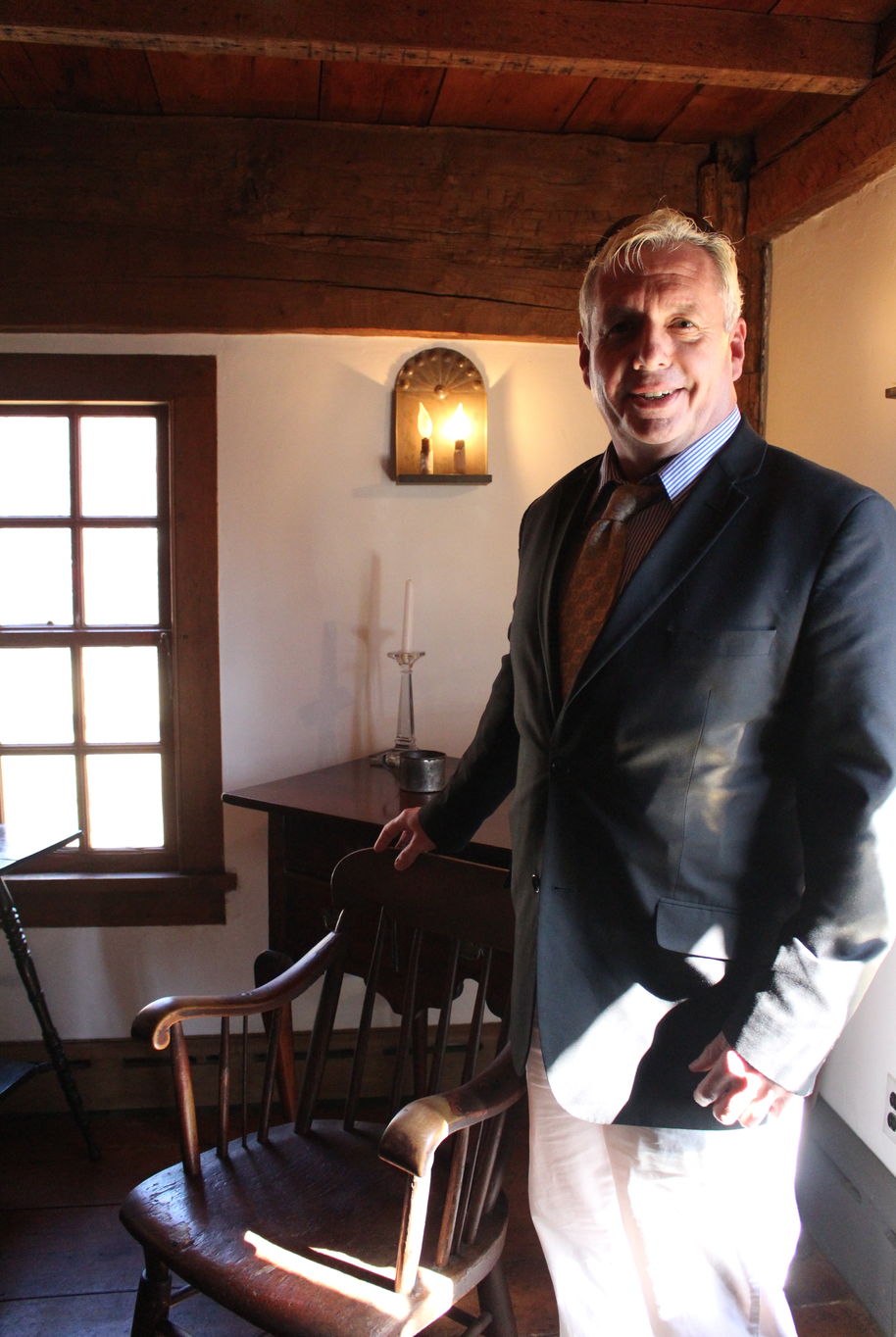 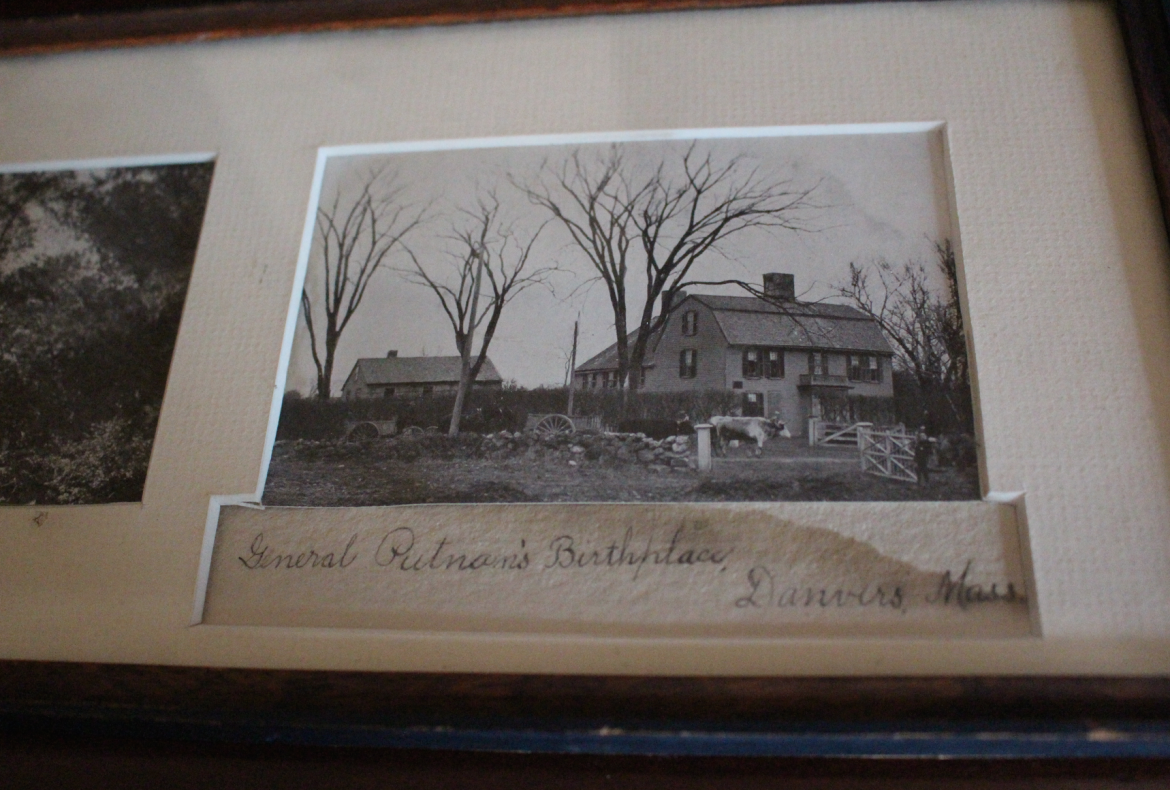 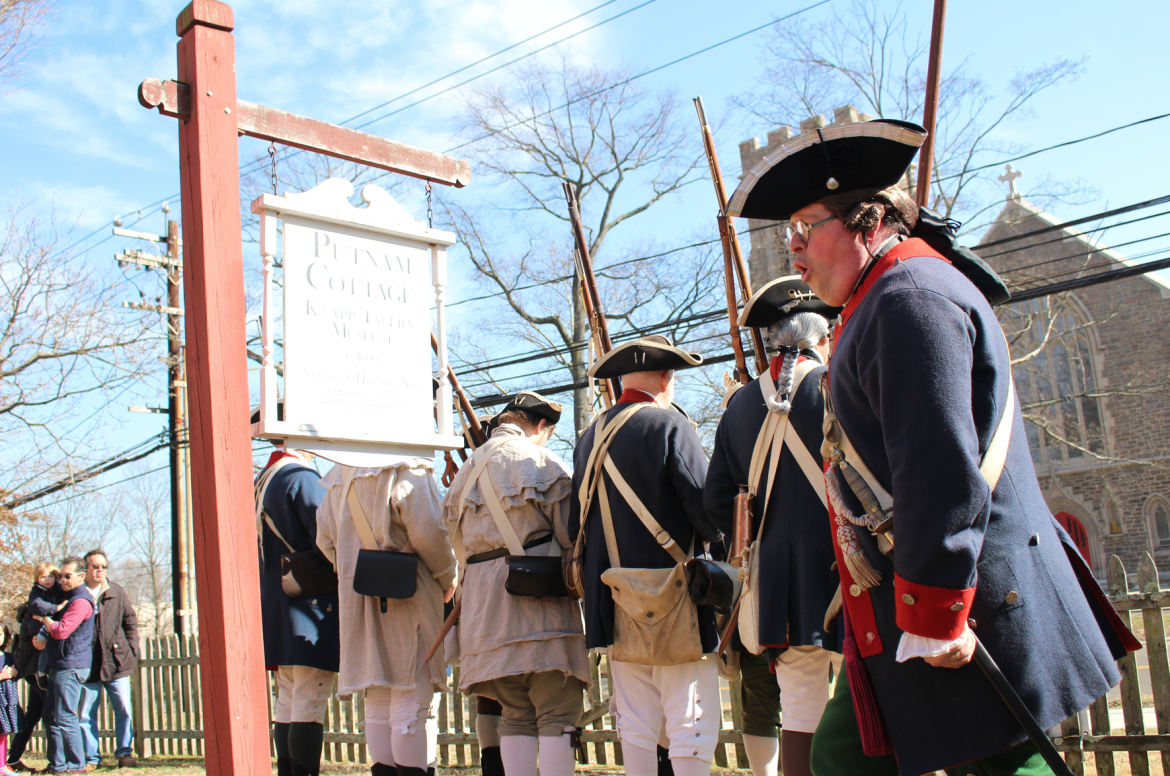 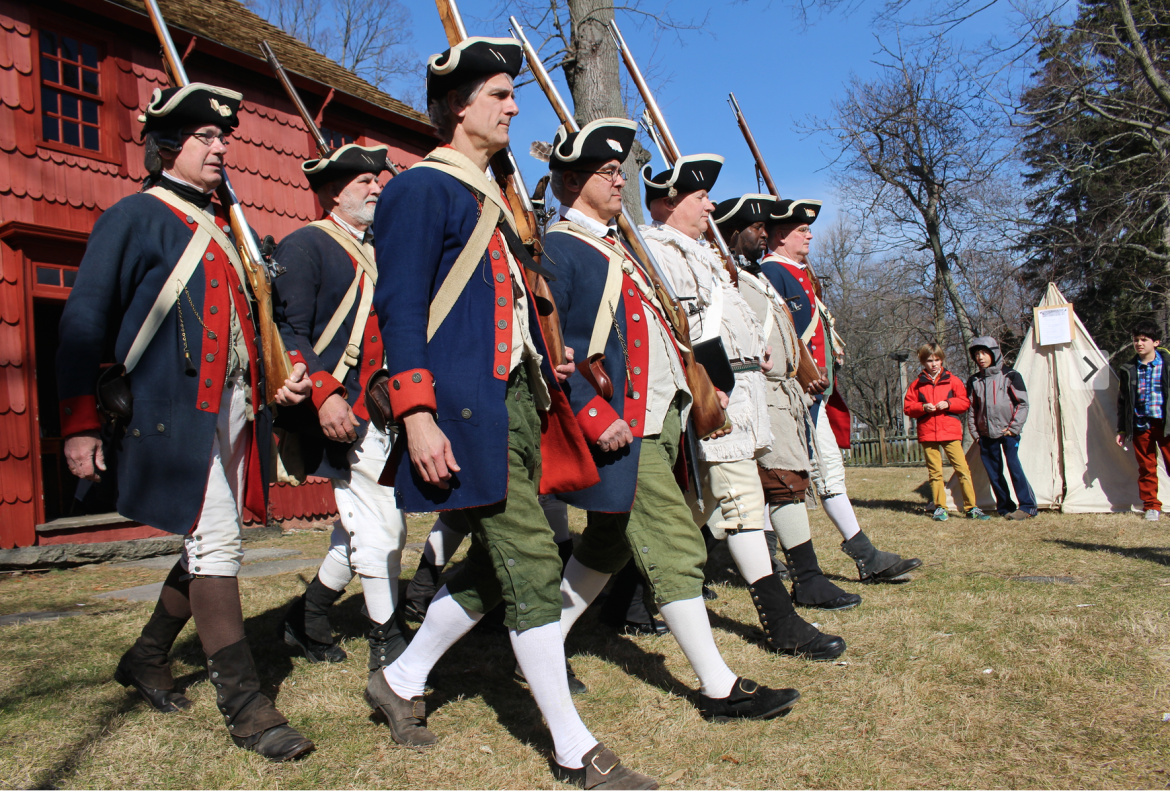 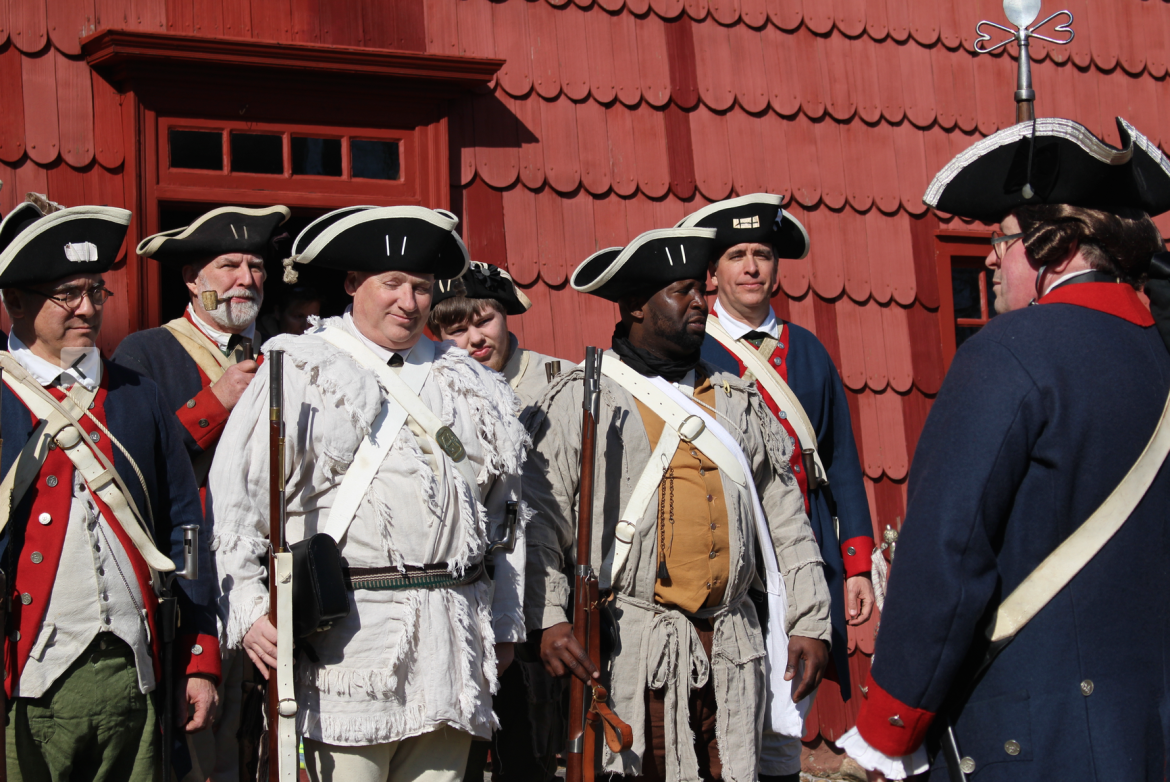 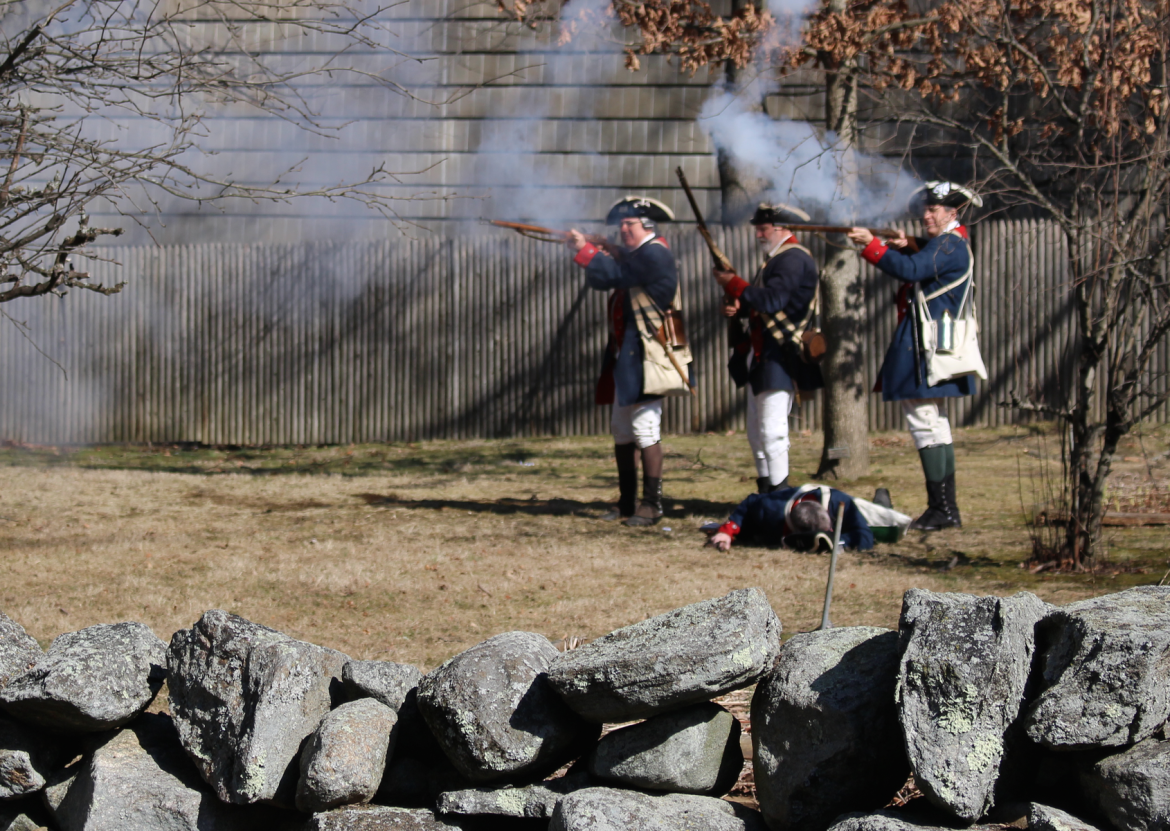 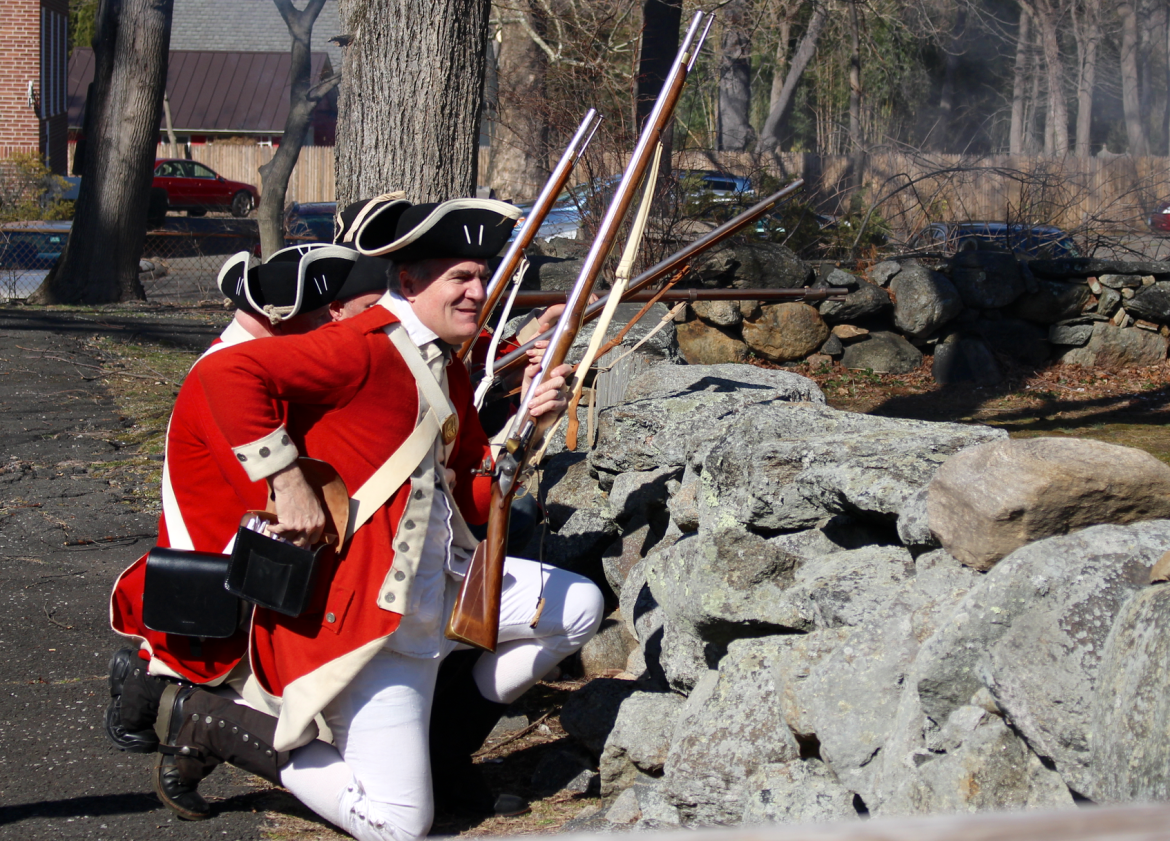 The Cottage is located at 243 East Putnam Avenue. All proceeds assist in the preservation of the Cottage. Sponsored by the Putnam Hill Chapter of the Daughters of the American Revolution.

See also: Set in Greenwich in 1980, Murder Mystery is a Delightful Romp through a Simpler Time