It seemed the idea was on the tip of the tongue everyone’s tongue. For three longtime Greenwich residents – Liz Norfleet, Craig Jones and Jessica Reid – there were hints everywhere.

Norfleet, who has lived in Greenwich for 25 years said that through different jobs she developed a passion for local businesses. 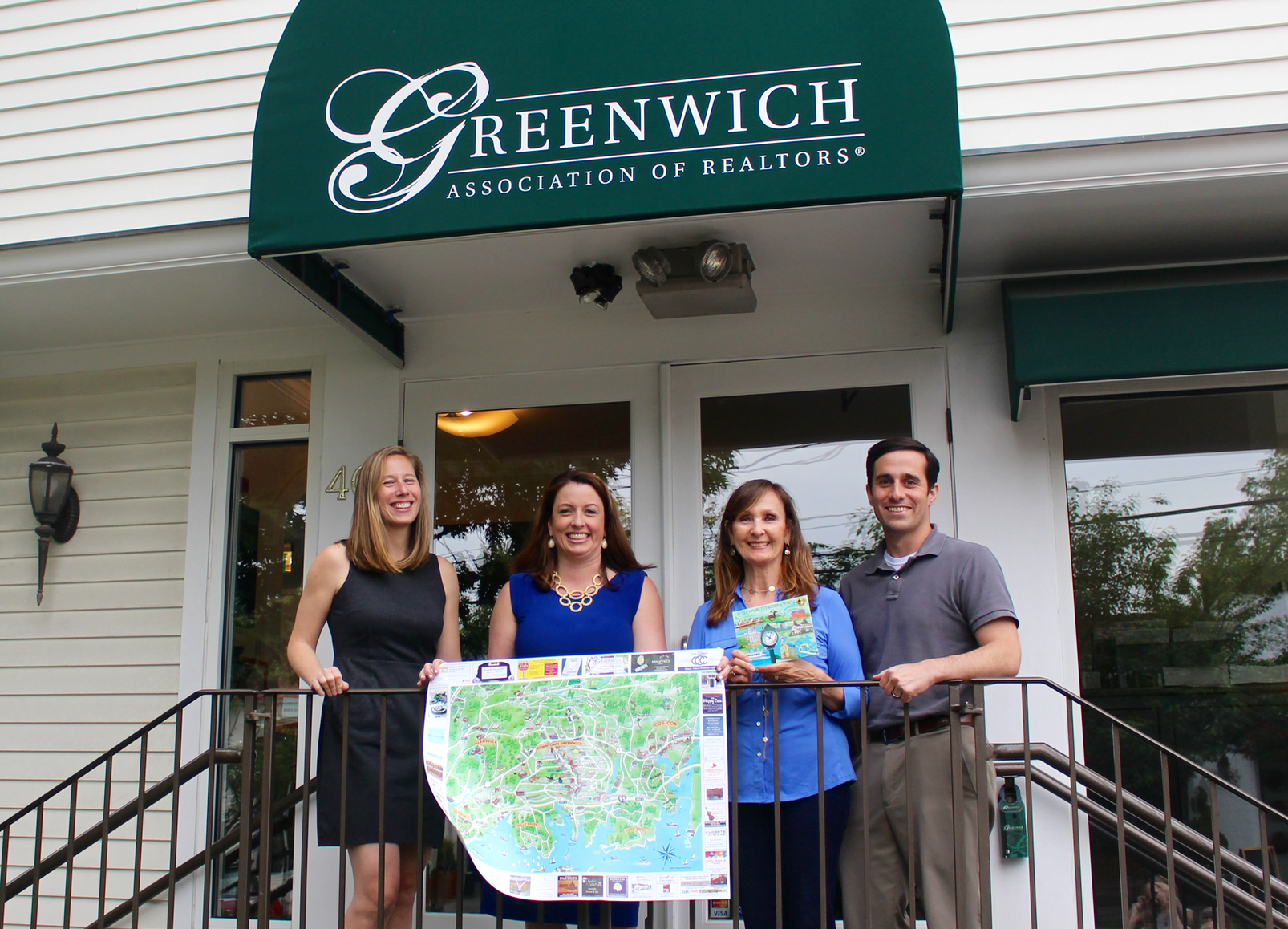 “I have seen the struggles that small businesses are having, including competing with the internet,” she said, adding that she would constantly ask business owners what she could do for them. “A business owner in Old Greenwich said, ‘We need a map.'”

That was when the light bulb went off. “I had picked up a map from another area and his comment was the spark,” Norfleet said.

“I had a board game growing up called Mianus-Opoly,” Reid said, adding that Liz’s idea for a color map featuring local independent businesses, landmarks, parks, churches and schools was in her favorite pizza joint reminded her of the board game she had saved for years. “There is an old school map, framed on the wall of Bruce Park Grill,” she added. 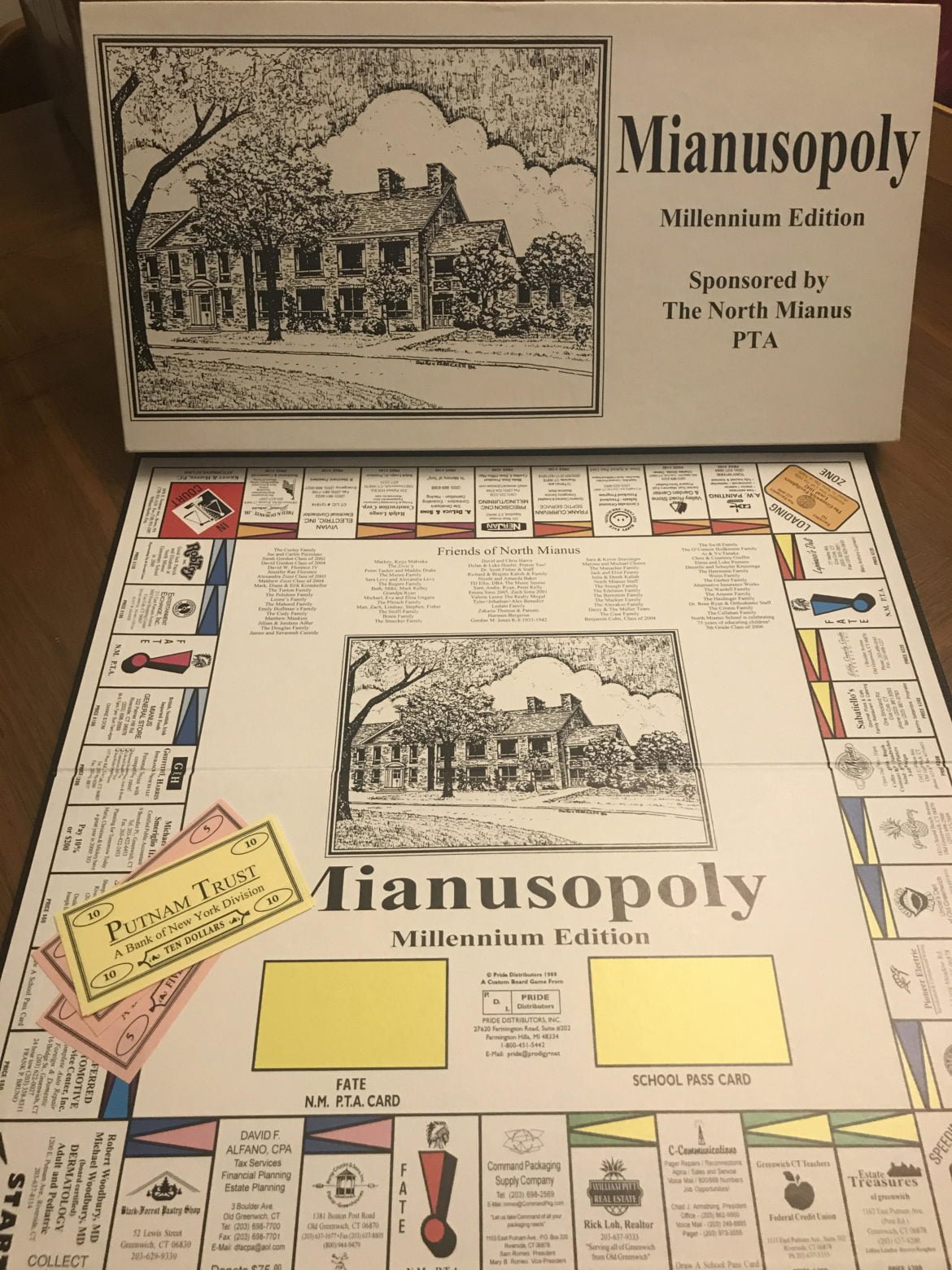 Jessica Reid said growing up she had a game called Mianus-Opoly, which came to mind as the idea for a map featuring local independent businesses.

“I went to Cape Cod for my cousin’s wedding and they have these maps everywhere” Craig said.

Craig and Jessica, longtime friends who graduated from Greenwich High School  and recently founded Greenwich Point Marketing, said the new two-sided color map is available at the Greenwich Association of Realtors office at 40 East Elm Street, as well as the Stanton House Inn Bed & Breakfast, Hyatt Regency, J House, Cos Cob Inn and the Delamar, Town Hall, Greenwich Library, AAA and at the businesses listed on the map. 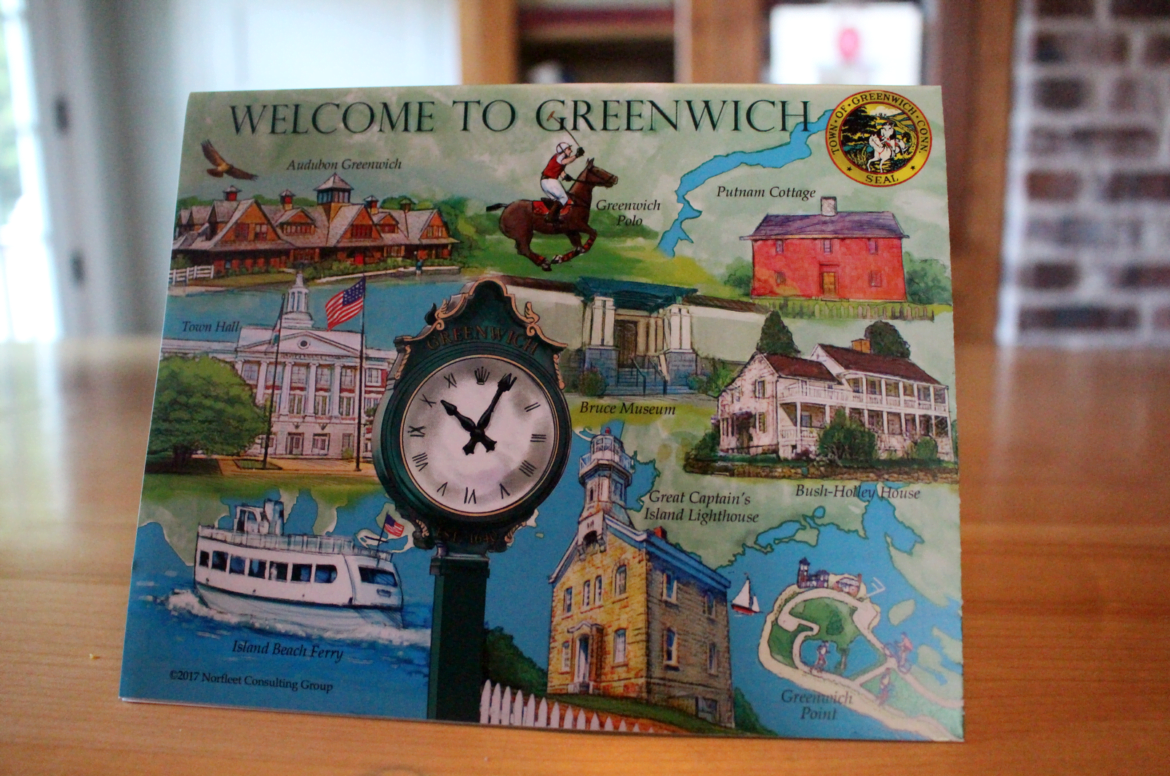 Norfleet said that some business owners understood the concept immediately. For others it was a harder sell.

Then came the challenge of finding an artist. “This is a very specialized project because it has many layers and will need to be changed over time,” Norfleet said.

“We laid out the map, which was drawn by Jim Roldan of New Hampshire,” Jones said. “He had experience drawing maps. We photographed all the buildings we wanted included and shot them from a variety of angles.”

“There was a super amount of detail for each building,” Reid said, adding that the whole project was six months in the making.

“There were so many layers of detail to add in,” Jessica continued. She said Roldan added texture, landscaping and details including boats.

Another challenge was that some people in Greenwich don’t view our town as a destination for tourists. Still, Norfleet pointed out, people come to Town for weddings and events.  The polo matches, Wine & Food Festival and Greenwich Concours D’Elegance are examples.

“And there are people traveling through New England,” Norfleet said. “The map shows all the landmarks, including Greenwich Avenue.” 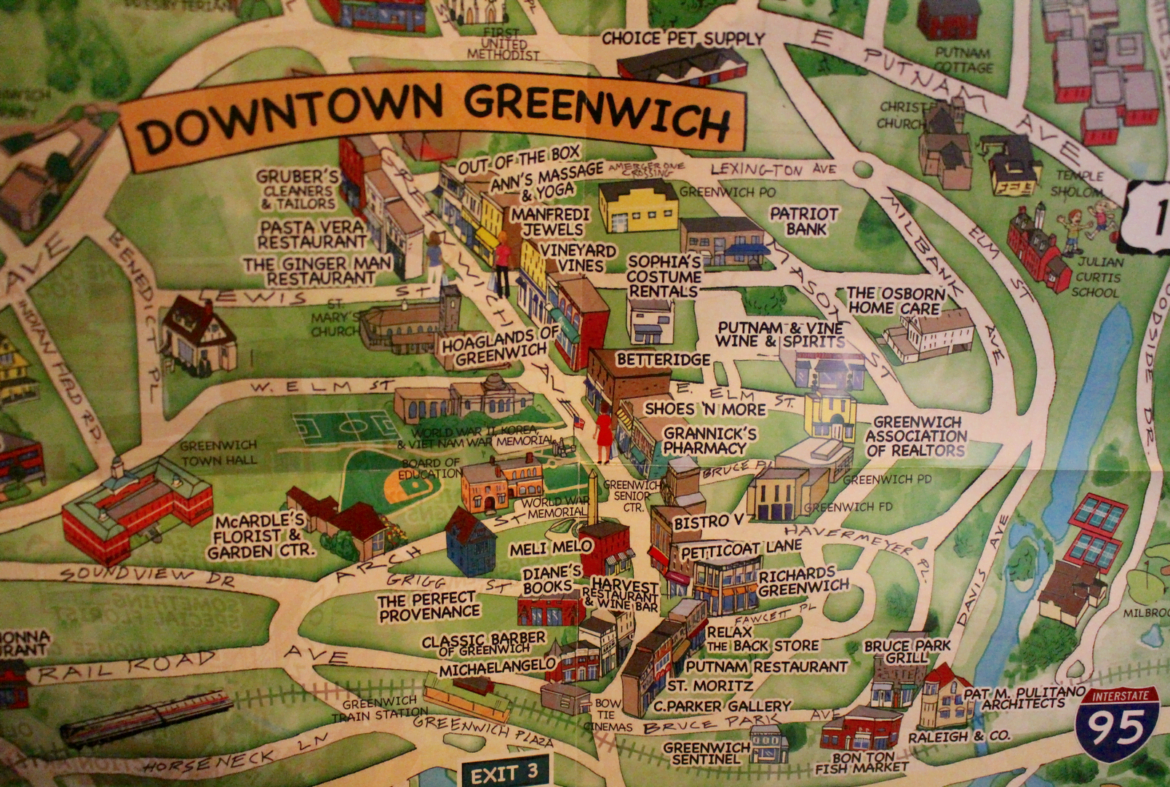 While some locals complain about changes on Greenwich Avenue these days, Norfleet said there remain many mom and pop shops and it made perfect sense to include them on the map.

In fact, Reid said only local businesses were invited to advertise.

Frank Gaudio of The First Bank of Greenwich was one of the first to jump on the project. “He was one of the original supporters and has two framed copies and hanging in his bank lobby – one showing the front of the map, and the other has the back.” 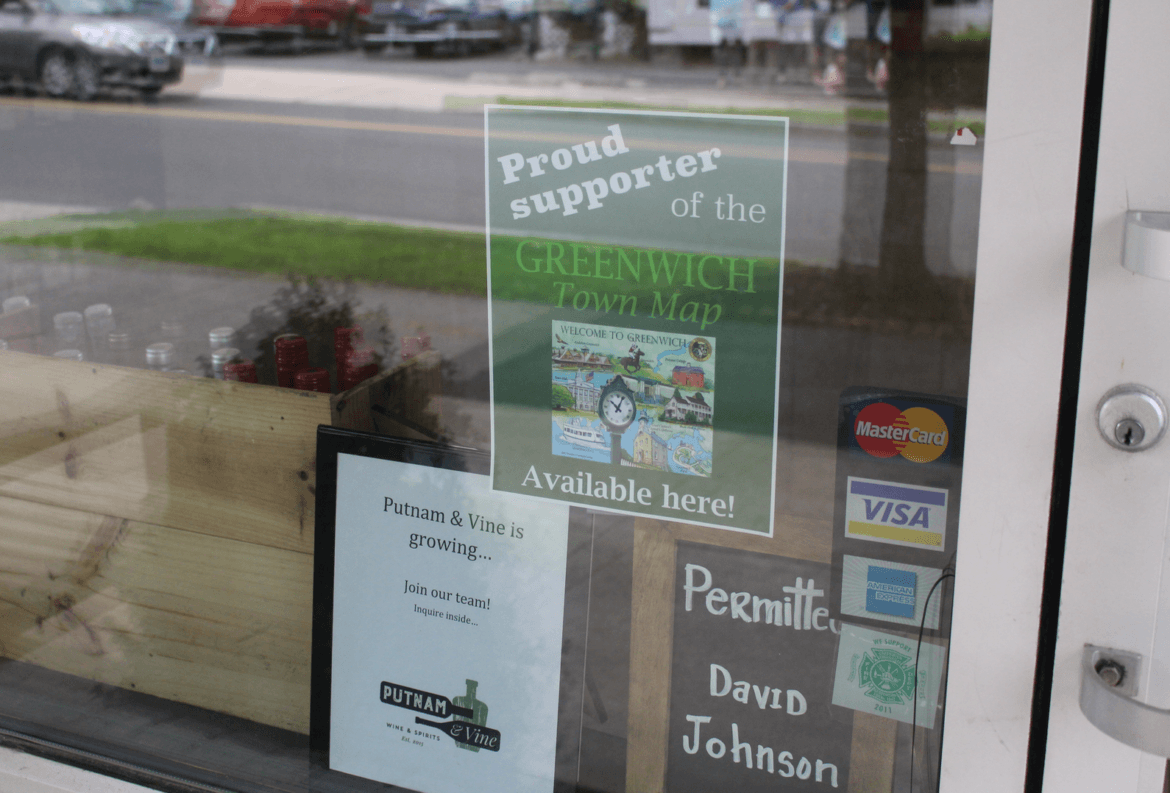 Map of Greenwich is available at Putnam & Vine across the street from the Greenwich Association of Realtors.

“It’s really neat to look at this map – having grown up here, the map truly is most appropriate for visitors and new residents,” Jones said.

Norfleet said that 10% of net proceeds from the maps will go to
Abilis, GEMS, Greenwich Boy Scouts, Greenwich Point Conservancy, Junior League of Greenwich, Kids in Crisis and Neighbor to Neighbor.

The first batch of maps, a run of 20,000, came off the press just in time for Memorial Day. Many local businesses with ads on the map have signs in their windows mentioning the map of Greenwich.

The map correlates to a website that is under way: visitgreenwichct.com