In Greenwich, the official September 11 Remembrance Service will take place in Cos Cob Park on Sunday at 5:00pm. The ceremony will take place at the Sept 11 Memorial, located on a knoll overlooking Cos Cob Harbor. The memorial honors the memory of the 32 people with ties to the Greenwich community who lost their lives on September 11, 2001.

The September 11 Memorial Greenwich, was the result of efforts years in the making.

Parking is available in Cos Cob Park and at the Cos Cob train station parking lots. 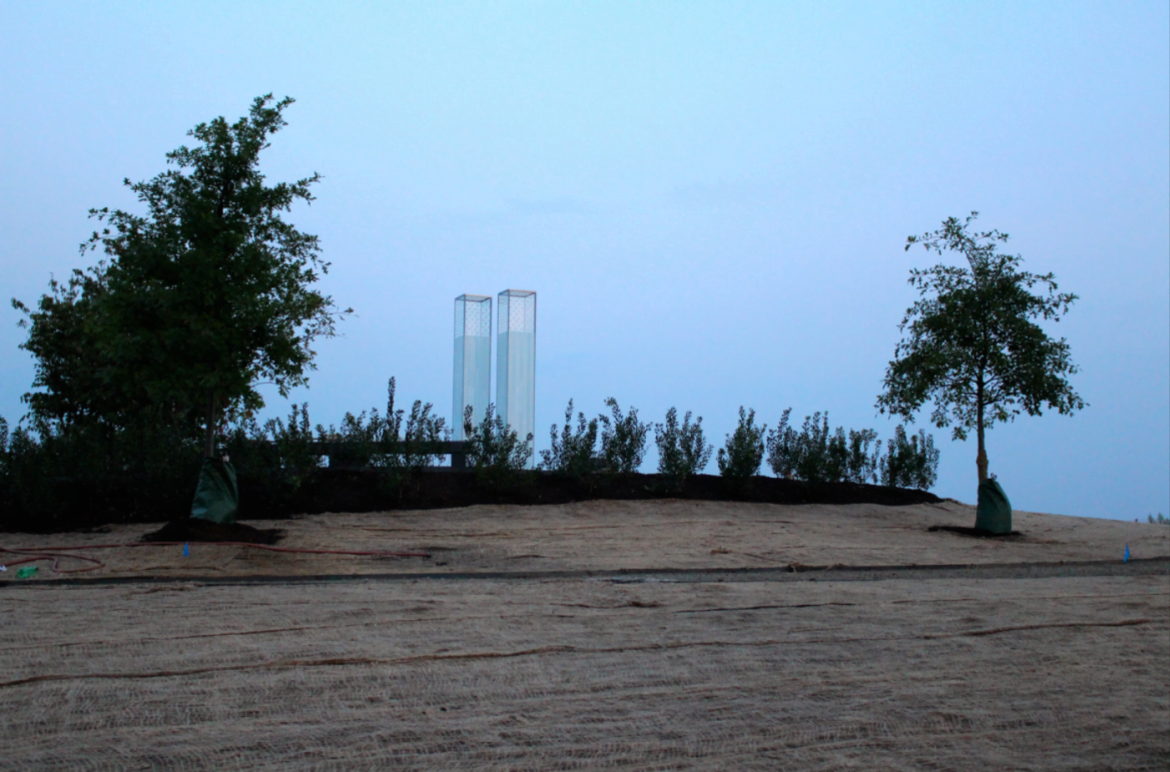 The Sept 11 memorial in Cos Cob Park. Credit: Leslie Yager