The American flag is, of course, synonymous with the holiday and countless artists have experimented with the design of the Star-Spangled Banner since its origin. In the C. Parker Gallery hangs flags composed of license plates, aluminum cans, plastic army men, and even comic strips. 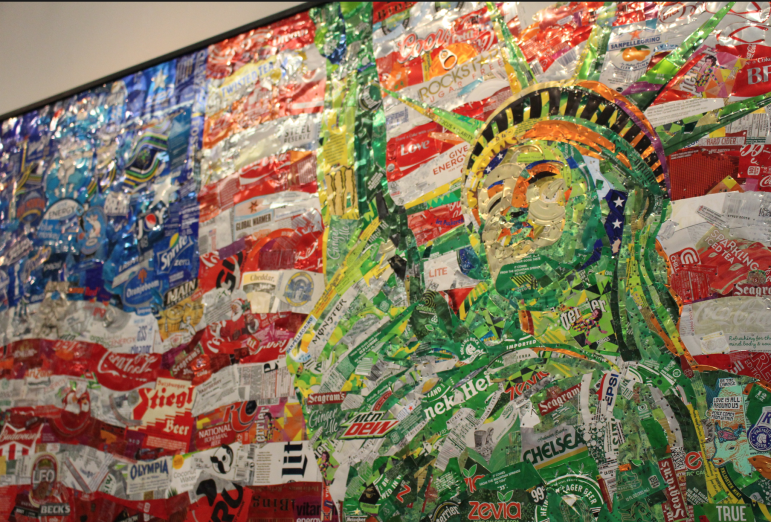 The American flag made of various aluminum cans and wrappers. Credit: Emma Daley. 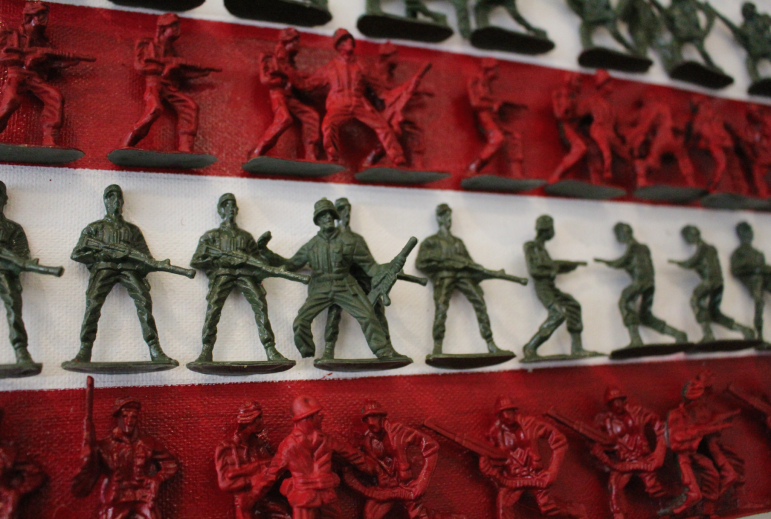 “Star-Spangled” will run until July 31 at the gallery, offering visitors a chance to admire the flag from a multitude of perspectives.

In addition, the gallery is also showcasing the work of Neil Powell. Powell uses old, discarded book covers to “explore new social, cultural, and political narratives through themes of relatedness and identity.” 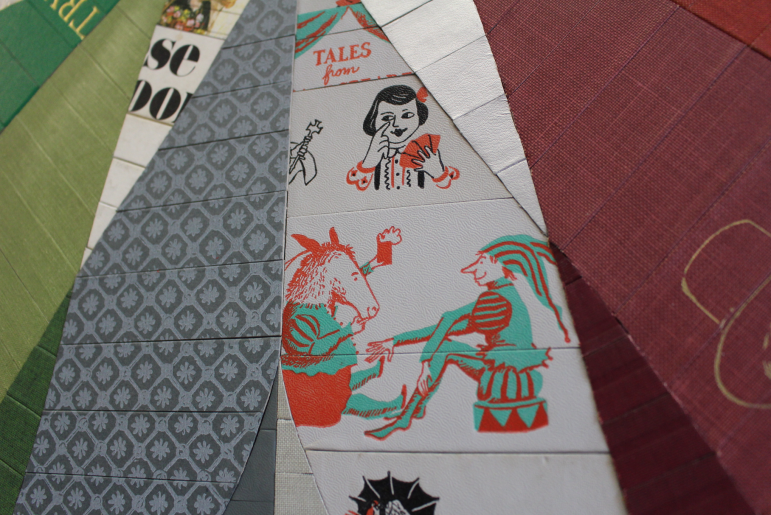 Powell rescues the books he uses in his work from destruction, giving them a second life in a different context to a new audience. By juxtaposing the new and the old — new art from old book covers — time for reflection is allowed on the visual treatise on the recycling and renewal of popular culture.

Besides “Star-Spangled” and Powell, The C. Parker Gallery has cultivated an impressive array of original works created by highly collectible and distinguished artists. The gallery’s extensive collection ranges from 19th century masters to rising stars who have exhibited in major salons, museums and galleries around the world. 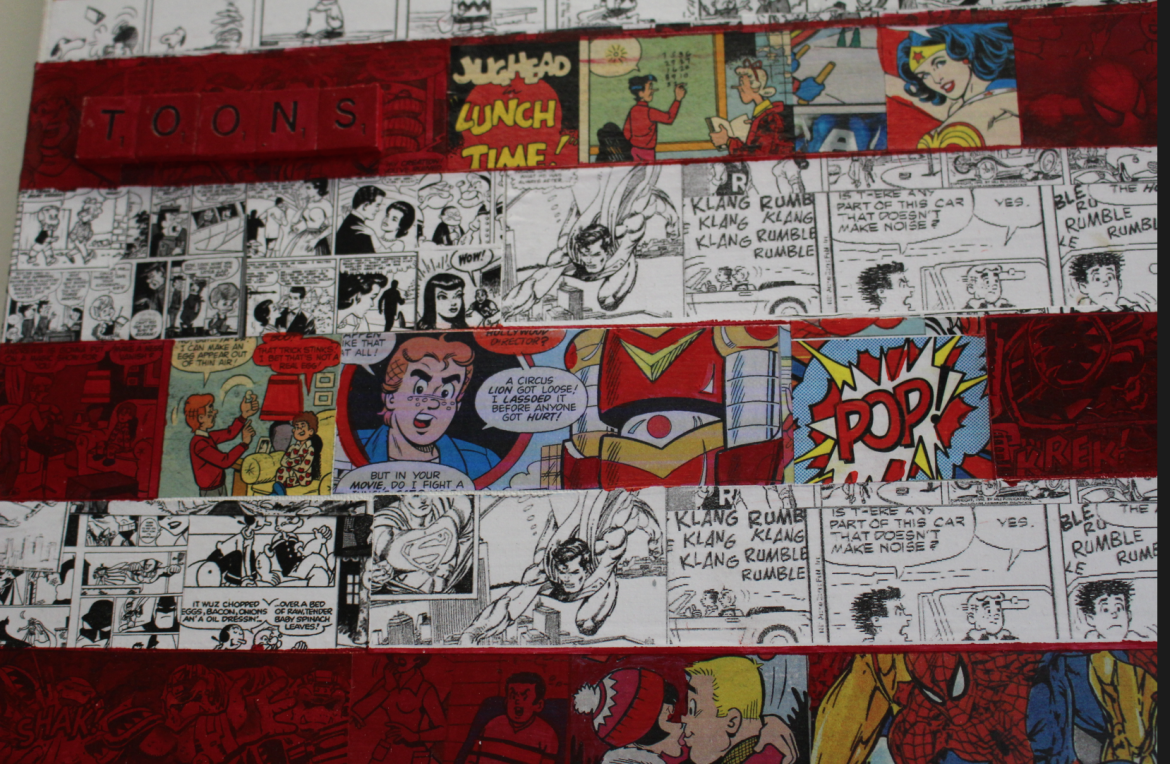