The Greenwich YMCA is home to much more than a gym, an Olympic swimming pool, and basketball courts. They have summer camp.

From making slime to going to the beach to going on field trips, the YMCA camp makes summers tons of fun.

Part of what makes the Y such an amazing experience for kids in Greenwich are the camp counselors, three of whom are sisters.

It might be strange to think that three siblings would all want to work together in the same place, but for Juliana and Diana, along with their older sister who introduced them to the YMCA, nothing could be better. 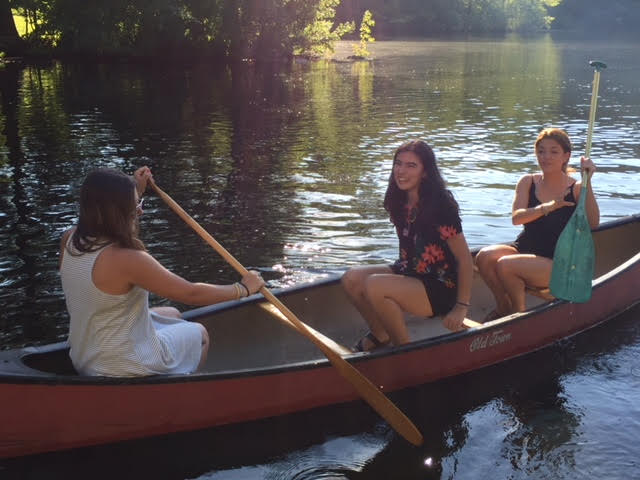 The three sisters go out canoeing with the YMCA camp. Contributed Photo.

Juliana had taken a leadership class in college and was advised by her professor not to work with family, but, luckily for the campers, she did not follow this advice.

Rather than making the experience of working with one’s siblings a negative, Juliana and Diana have turned it into a positive by acting as role models for the campers who have siblings of their own.

For example, when a brother and sister are fighting at the camp, Juliana and Diana are there to remind them that there is no point in wasting time in a feud with a sibling.

These sisters use the fact that they are so close to “pick up where the other lacks,” said Diana, and form a better communication system with each other. 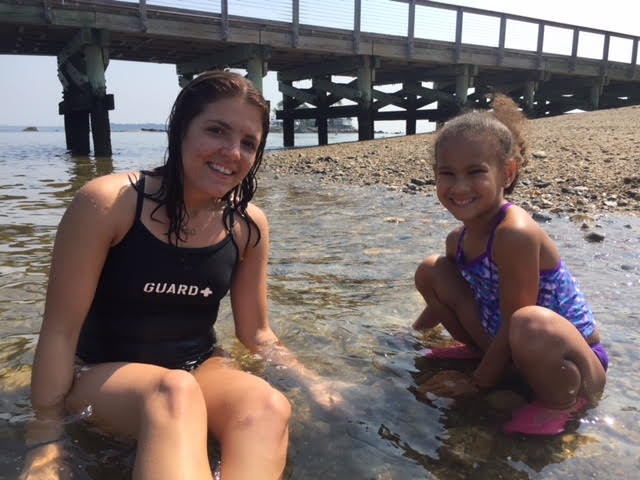 YMCA campers and counselors have fun by the water. Contributed Photo.

Diana, who recently graduated from college and studied early childhood development, feels that having a group of kids with different personalities is one of the most special aspects of her job.

And Juliana, who was an athletic training major and thought would be working with solely teens or young adults, has come to love working with young children. Because of her experience at the Y, she has now chosen to pursue a career revolving around helping little kids.

For these sisters, coming to the YMCA camp does not feel like “work,” since they enjoy being with all the campers.

“Our goal is to have everyone have fun because, when they have fun, we have fun,” Diana said. Home to the summer camp and so much more, the Y is the perfect place to be this summer. 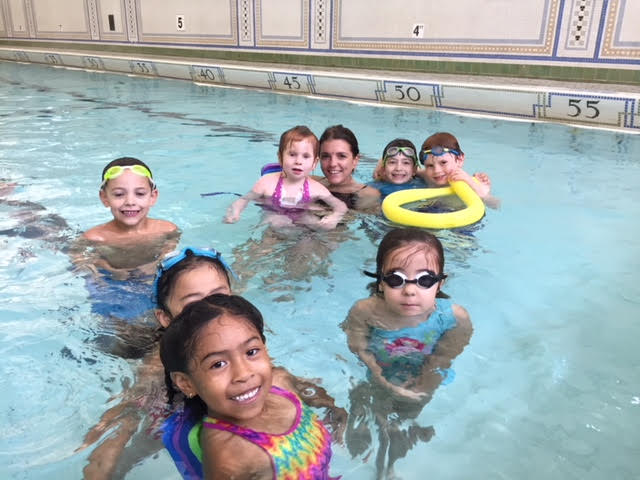 Campers and counselors enjoy some time at the YMCA Olympic pool. Contributed Photo.