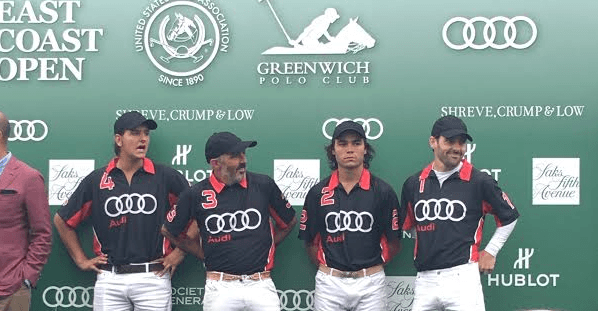 After two rain dashed finals (both the Monty Waterbury and Silver Cup) the organizers at Greenwich Polo Club (GPC) were taking no chances.

A savvy albeit lightly publicized shift from 3:00pm to 1:00pm, provided an amply dry stage for a long awaited finale.

With deserved respect for the runner-ups, there’s an argument that the score flatters in their favor. While the match was indeed closely disputed, the underlying numbers (courtesy of The United States Polo Association) only amplify the accomplishment of the victors. Taking 15 shots (compared to 9), going 13-6 on throw-ins and even giving 10 fouls (compared to 5), Audi was awesome and omnipresent.

With his precision from the penalty spot (3/3) and sangfroid in defense it was Audi’s #4, Joaquin Panelo awarded Most Valuable Player. For her fluid and tactical closing speed it was Penelope (Panelo’s mount in the 1st and 5th chukka) who was named Best Playing Pony (with a nod to Lucky Strike). 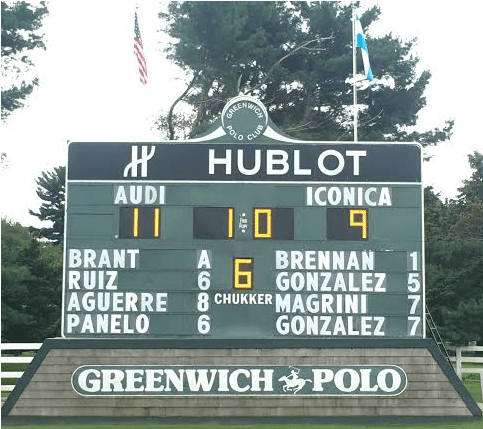 For all the glitz and gallup of the home-team (Audi: the automotive avatar of White Birch) it was Iconica that made the match. After falling behind quickly, they never sagged. Stalking and scrapping, Matias Magrini’s Iconica never lost sight of the lead. A flat-footed 9-9 after 4 chukkas, it was a fitting final hour to a most competitive season.

When weather permitted, 2018 was one for the ages. Nearly every chukka competitive, each match well attended; the Brants magnificent hosts and Audi worthy champions. When asked to speak on the quality and class of Greenwich Polo, international polo superstar “Nacho” Figueras didn’t hesitate. “Honestly, its great, its beautiful, it’s more than I could have expected.”