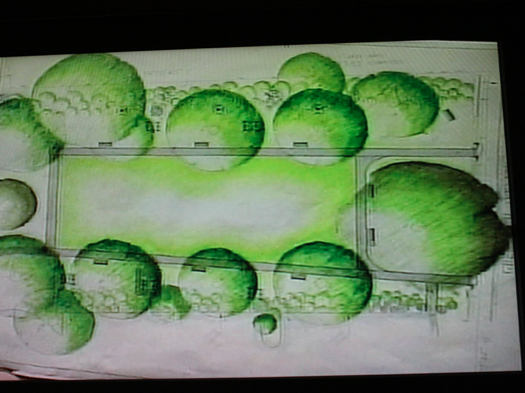 The planned overhaul of Greenwich Common, located next to the Havemeyer Building on Greenwich Ave, is about to get underway. At Wednesday’s Parks & Rec board meeting at Eastern Greenwich Civic Center, Director Joe Siciliano gave an update on the project.

The plan has been greenlighted by P&Z, ARC and money has been released by BET, Siciliano said, “With a goal of starting as much as we can over the winter, the park will be shut down. We’ll sign it and fence it off, and the winter is in our favor.” 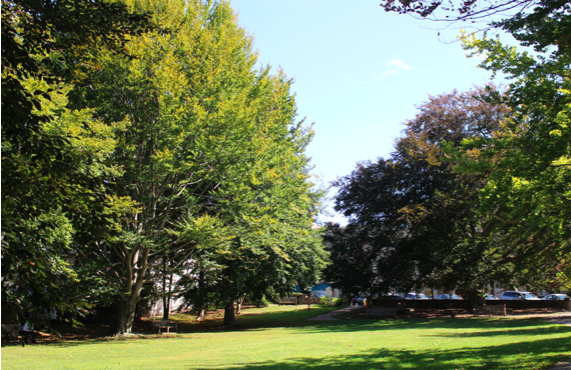 “We have a solid design and the improvement will be a welcomed sight to the center of Greenwich,” Siciliano said.

Siciliano said private donations toward the project had totaled $433,000, of which $250,000 (60%) came from two private donors. He said the project is a great example of a public private partnership and fits with the goals of the POCD.

The Town has contracted with landscape designer John Conti on the project.

The plan is to add lamp posts much like those along Greenwich Ave, and extend use of the park into the evening hours.

“It will be a lighted park, with many combinations of how to operate the lights. You can turn the lights off at midnight. You can leave them all on,” Siciliano said. “You can vary the number of lights on.”

The goal is to make Greenwich Common an attractive passive recreational location in the heart of central Greenwich. “The park got everything on its wish list,” Siciliano said, “with the exception of on site rest rooms.”