The Campaign for Female Education (CAMFED), the leading international non-profit supporting girls’ education, empowerment and entrepreneurship in Africa, will celebrate the organization’s 25th Anniversary and the 2.6 million girls it has educated and launched into careers and activism at its first ever gala on May 9, 2019. 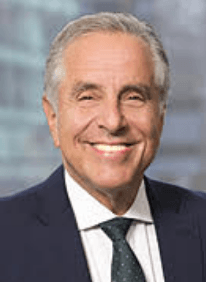 Greenwich residents Seth Zachary, Chairman of Paul Hastings LLP and Carlos Brito, CEO of Anheuser-Busch InBev have announced they will partner to support CAMFED and serve as corporate chairs of the organization’s New York Gala. Paul Hastings LLP has also signed on as a corporate sponsor of the event.

“The Campaign for Female Education’s model and data consistently prove that investing in women has the power to transform society,” said Zachary. “We’re proud to be involved with CAMFED and to partner with Carlos Brito on this event to encourage more people to help the organization realize its mission of eradicating poverty in Africa through the education of females and the empowerment of young women.”

“I’ve seen firsthand what can happen when someone invests in not only you, but your education, and your future,” Brito said. “Educating girls is the world’s best investment, with direct impacts on health, economic development and climate issues. We are excited to partner with CAMFED and the girls across Africa – tomorrow’s businesswomen, educators and leaders – whom they support.”

The “Education Changes Everything” Gala will take place at 583 Park Avenue.

The event will bring together celebrities, business leaders and philanthropists as they celebrate a movement of young women transforming the continent of Africa and beyond.Zachary has a long history of public service. He has served as a trustee of MedShare whose mission is to improve the quality of life of people, communities, and the planet by sourcing and directly delivering surplus medical supplies and equipment to communities in need around the world. He is also a member of the independent foreign policy think tank the Council on Foreign Relations, and a former chair of the Lawyers Alliance for New York, which provides business and transactional legal services for nonprofit organizations and social enterprises that are improving the quality of life in New York City neighborhoods.

Paul Hastings LLP, leading global law firm, is a champion of equality, diversity and inclusion. The firm supports purposeful programs that have a meaningful impact on their communities around the world. Paul Hastings is consistently recognized for its commitment to Corporate Social Responsibility, including being named a “Best Firm for Diversity” by The American Lawyer, “Best Place to Work for LGBT Equality” by The Human Rights Campaign.

Brito has been a champion of education for years. In 1987, the then 27-year-old Brazilian dreamed of studying abroad in the United States. But after being accepted to Stanford University’s MBA program, Brito quickly realized he could not afford the tuition. It was then that he sought a scholarship – the only condition for the assistance was that Brito would do the same for other students in the future. It’s this kind of pay-it-forward mentality that Brito is happy to live by all these years later, and which he sees mirrored in CAMFED’s alumnae, who on average support three more girls through school after they graduate.

Brito’s wife Belinda Badcock is also a longtime supporter of girls’ education, and has recently joined the CAMFED USA Board of Directors.

Since its launch 25 years ago, The Campaign for Female Education has supported the education of 2.6 million children across Africa. Currently, more than 120,000 CAMFED graduates make up CAMFED’s rapidly growing Alumnae Association, CAMA.

These inspiring women are mentoring, supporting and educating the next generation of girls through school and into careers as a means of improving the health and wealth of their communities and the world. For more information about sponsorships, purchasing tables or tickets, please visit camfed.org/nycgala/.