“I put on a flag tie today,” Superintendent McKersie said, by way of introduction to Greenwich Schools 29th annual Community Service awards on Tuesday. The awards were started by Ernest Fleishman almost three decades ago.

Dr. McKersie segued from his flag tie to Alexis de Tocqueville and his observations of our fledgeling country back in the early 1800s.

“We had something that they now call ‘the volunteer sector’ — people who, out of the goodness of their hearts doing things to help this nation be stronger and de Tocqueville sent that message worldwide.” 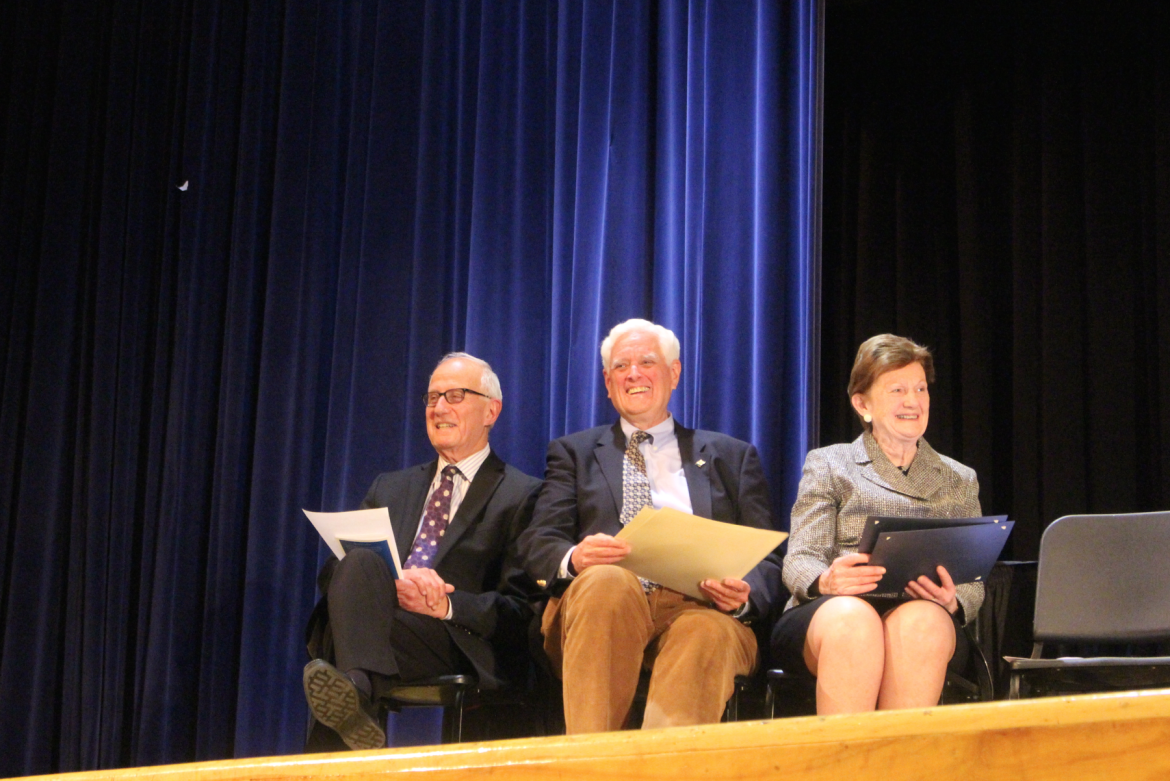 Selectman Toner introduced himself and used examples volunteers on the Board of Education, Board of Estimate and Taxation and the Representative Town Meeting as giving their time and talents to make Greenwich the special place it is for all of us. 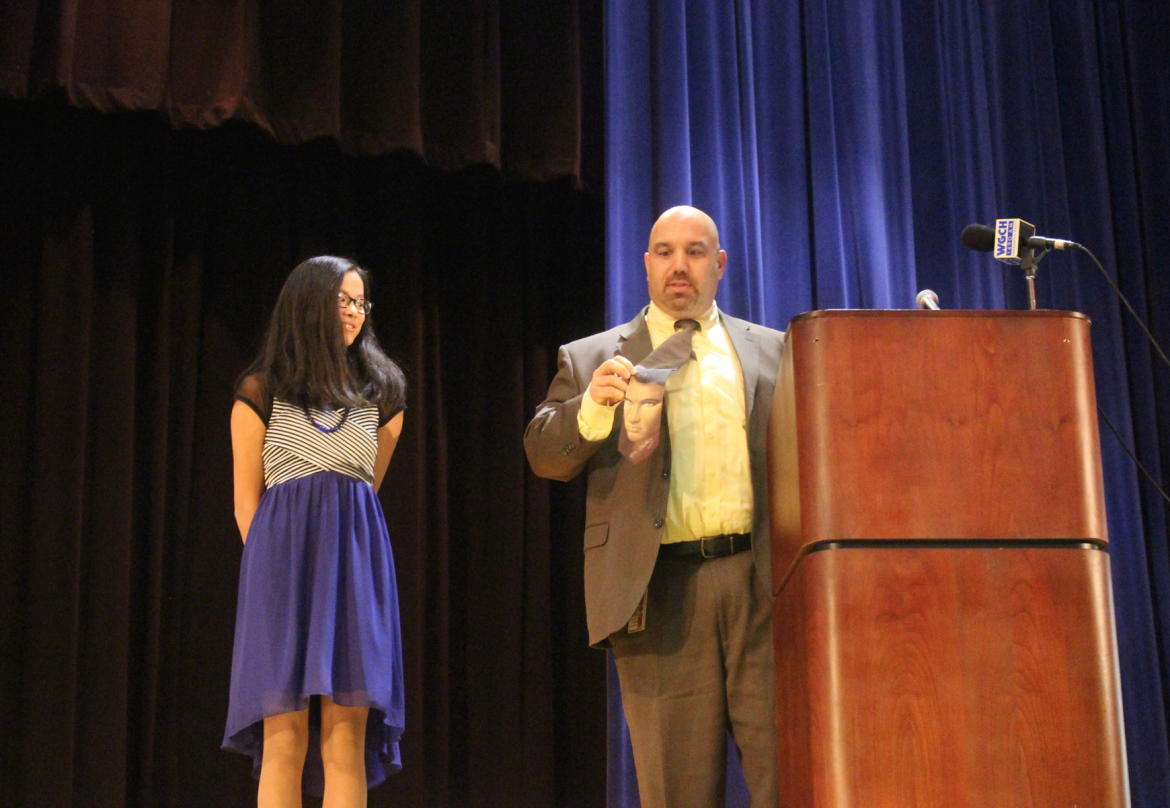 Western Middle School Principal, who welcomed everyone to his school, joked that while Mr. McKersie wore a flag tie, he had sported his own Elvis Presley tie on Tuesday. “One of my students asked me, ‘Is that Justin Bieber?'” he joked before giving Rachel Naylor received her award. Rachel works at a soup kitchen in Norwalk, a homeless shelter in the Bronx. She collects food and supplies for care packages each year, and this month will be wearing a shirt for 30 days without washing it to build awareness about those in need.

Julian Curtiss School Principal Trish McGuire quoted Howard Zinn, historian and social activist. “Small acts when multiplied by millions of people can transform the world. We all know this is true,” she said.

Dr. Winters suggested the 30th annual Community Service Awards Ceremony in 2016 take place in the new GHS auditorium. He said that GHS requires students to complete 5 hours of community service. “We hope this small amount of time gives them a small taste. And many of them get hooked,” he said. “But the seniors today did not need that requirement.”

Brett Hartley was introduced by Jason Goldstein of Bella House who described the genesis of the Harts4Jack and Brett hosting a basketball tourney in his driveway. The Make-A-Wish Connecticut recently gave Brett the 2014 Wish Spirit Award. Brett, a dedicated member of the Cardinal Crazies, was described by his guidance counselor as a compassionate, caring and thoughtful young man with a strong moral compass. 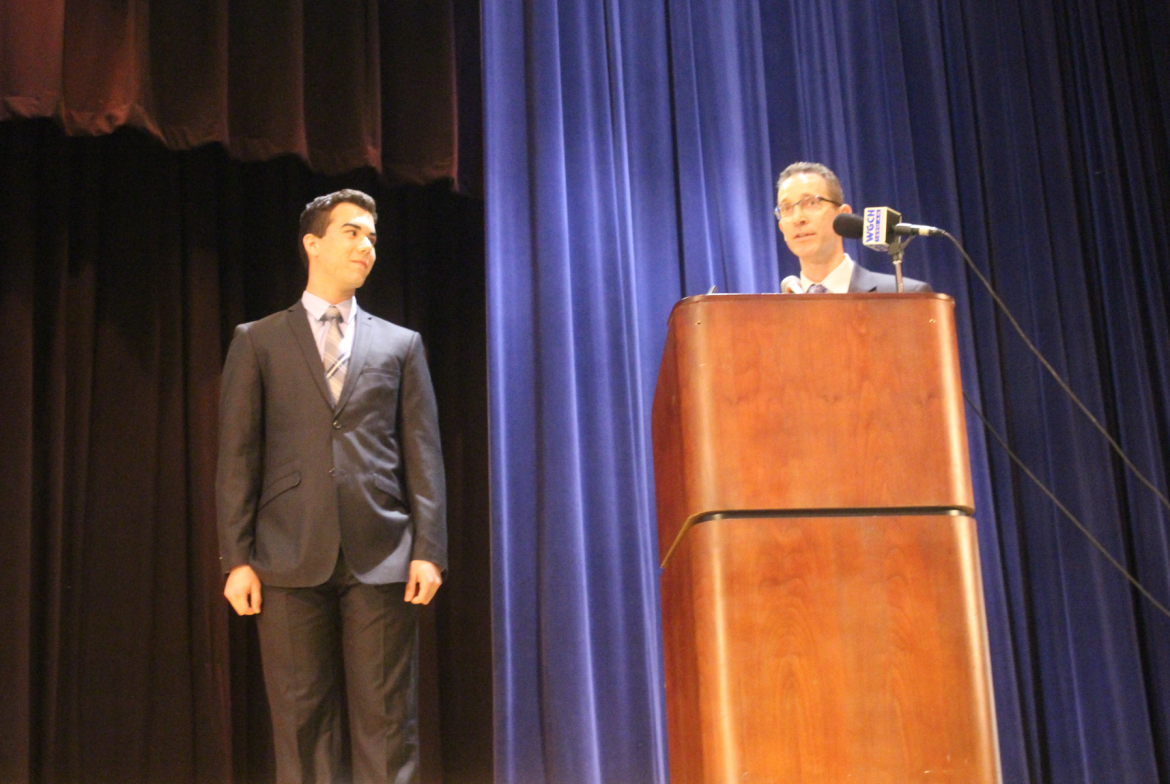 Matheus Chaves, who came to the US from Brazil at the age of nine unable to speak English. Matheus has volunteered at the Boys & Girls Club for many years and recently received the club’s highest honor, “Youth Volunteer of the Year Award.” Matheus, who aspires to a career in public service, volunteers at Julian Curtiss, which he said helped him feel connected and supported early in his education in the US.

Ernest Fleishman described the genesis of the Community Service Awards that he started 29 years ago and, in particular, the Fleishman award established back in 1989. He said he’d been inspired by a sign at the Greenwich town line honoring Greenwich’s football champions. He said there were so many athletic awards, but there are different kinds of heroes that should be put up on a pedestal, especially those who help others less fortunate.

Fleishman said that research supports the importance of community service show sit helps students overcome boredom and lack of motivation, fills the gap between curriculum an everyday life and transform abstraction and theory into everyday practice. Lastly, it helps students believe they can make a difference. 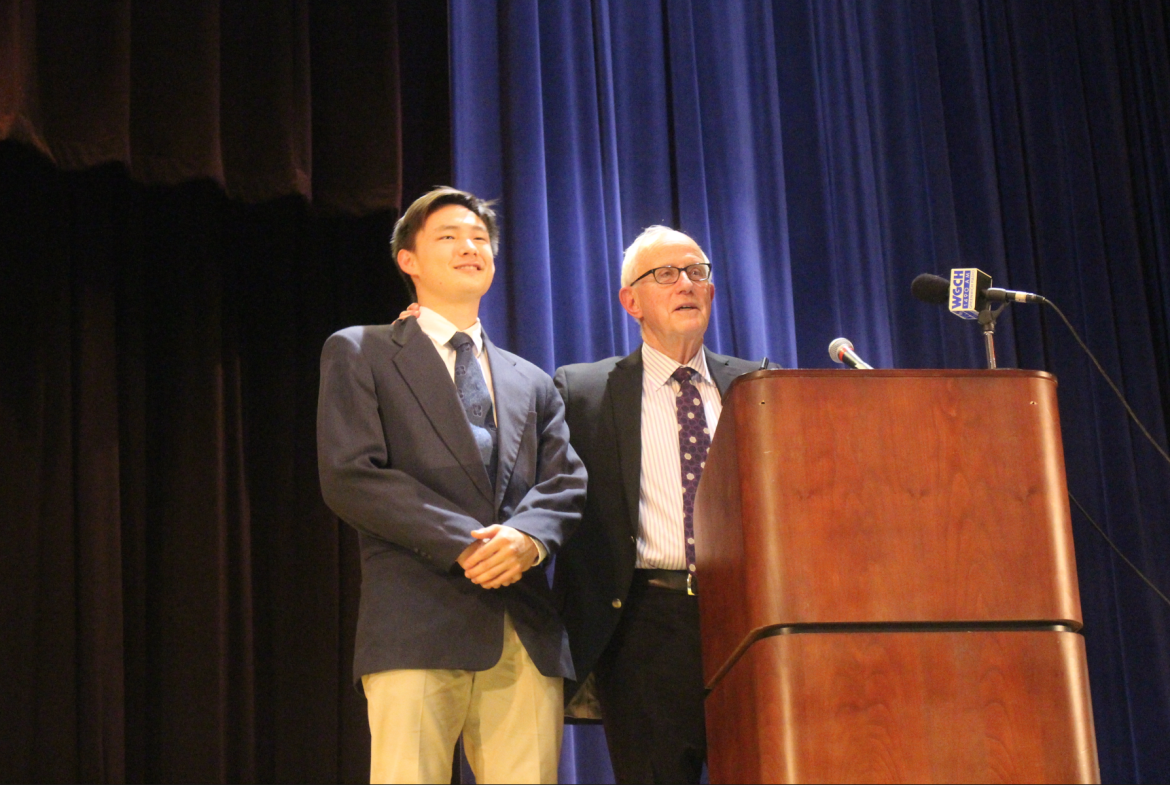 Song took the initiative to apply for a grants to help children in South Africa who he met during a gap year he spent traveling with his family. He won two $20,000 grants and a $10,000 award from an international foundation. The Fleishman Award includes a check from Mr. and Mrs. Fleishman, which Stephen declined, insisting that it instead go toward the children in need.

“The money is impressive, but it’s your stick-to-itiveness, and your determination and your organization that really made a difference,” Mr. Fleishman said of Stephen, who is also a nationally ranked squash player and competitive chess player. “The almost 30% of children born today in our country are born into poverty, so there’s a lot of work to be done,” Mr. Fleishman said to Stephen. “It was your mother who you said told you at an early age, ‘Live simply so others can simply live,” Mr. Fleishman reminded Stephen.

The students will each receive State Citations in recognition of their accomplishments. 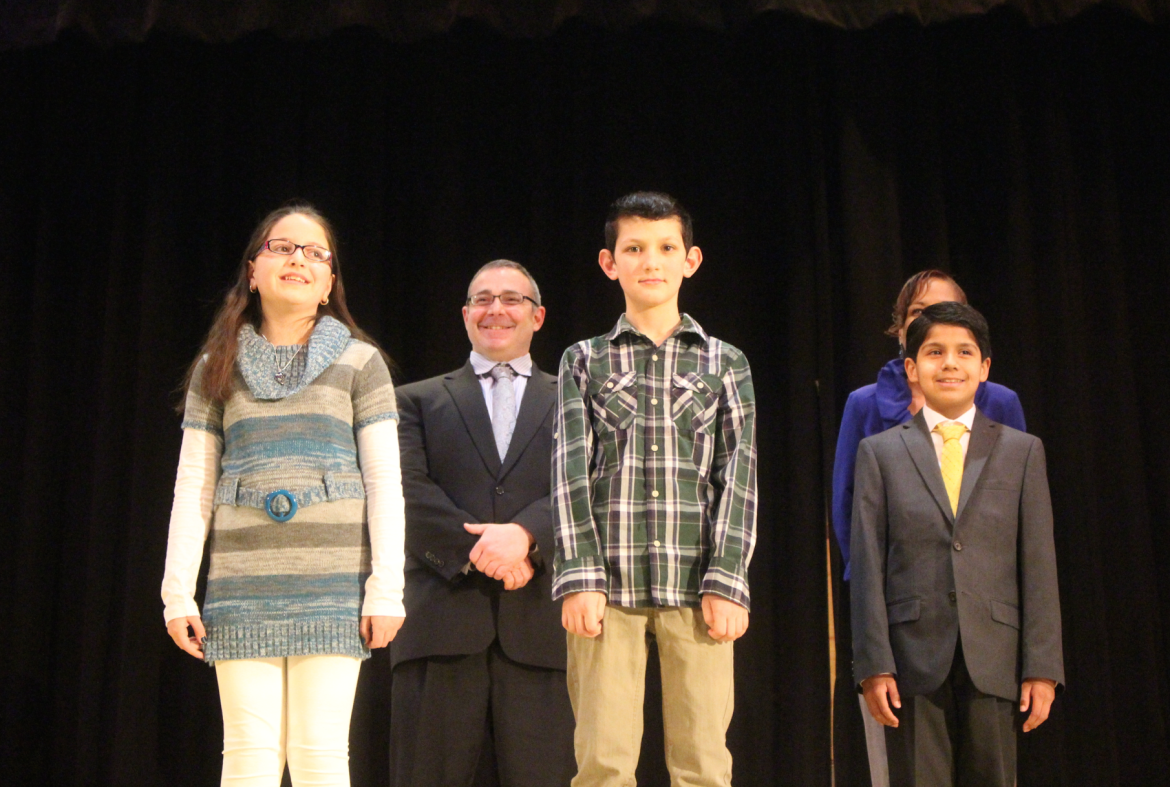 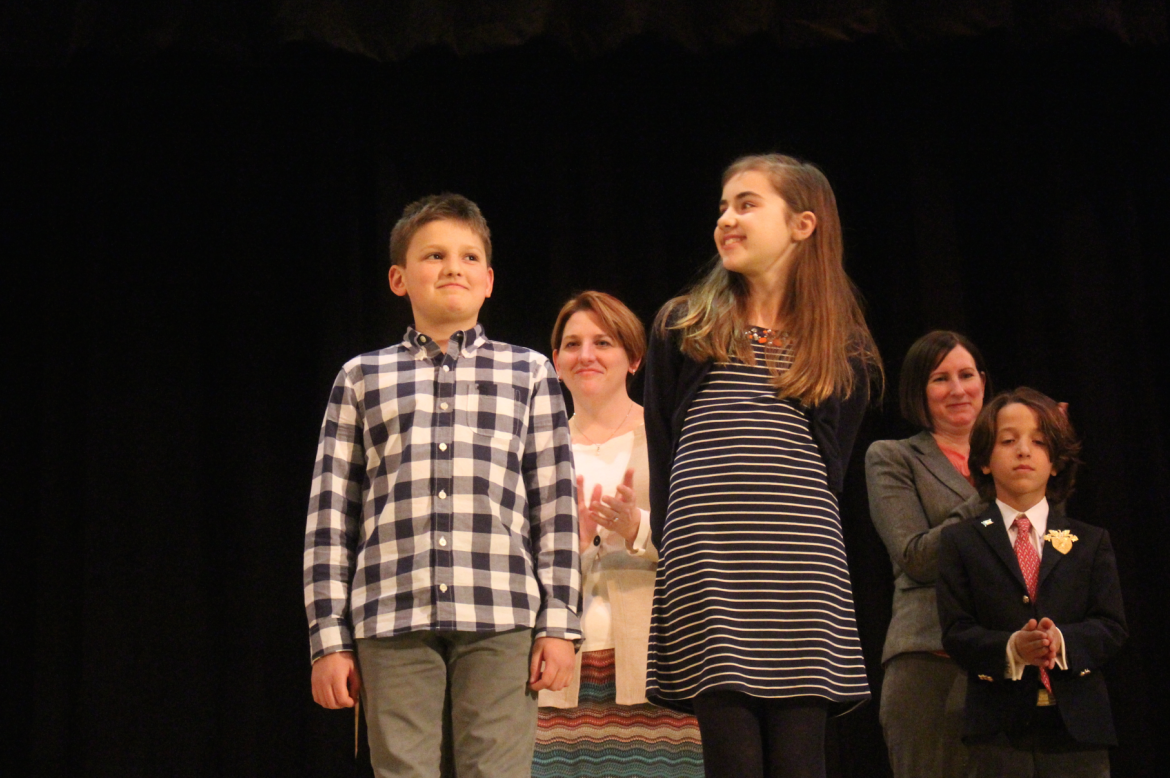 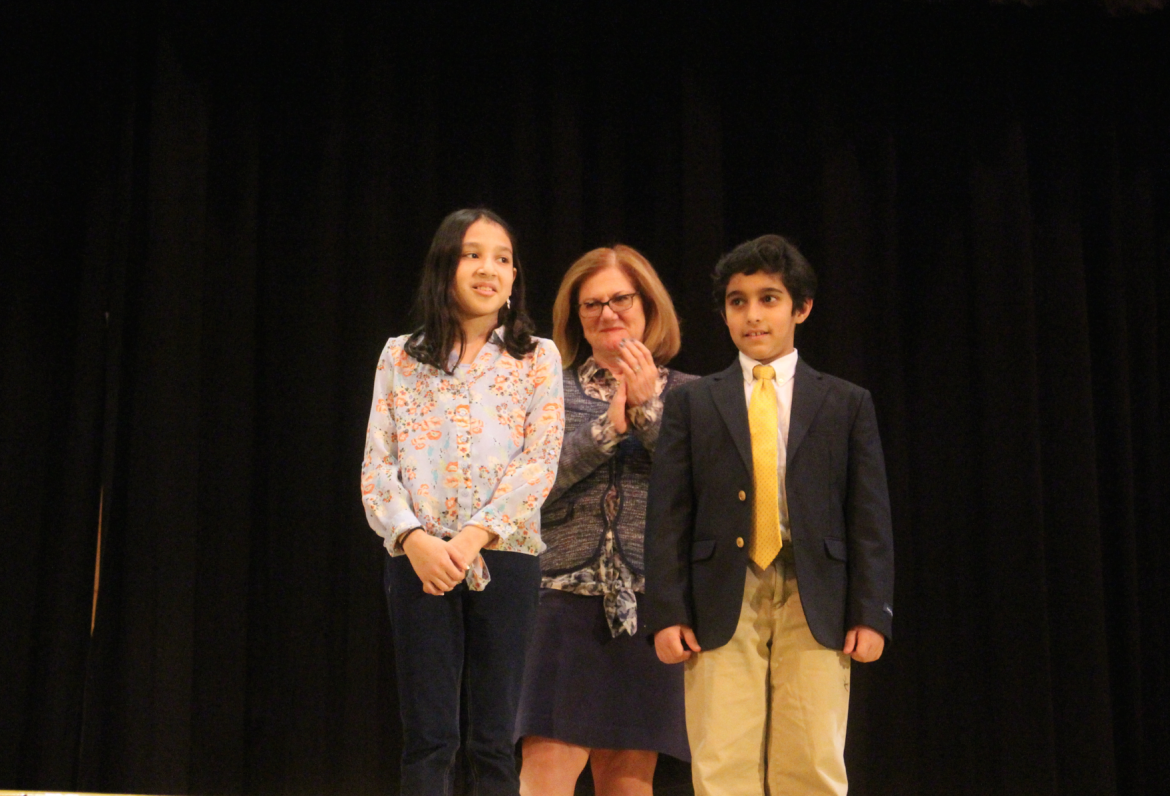 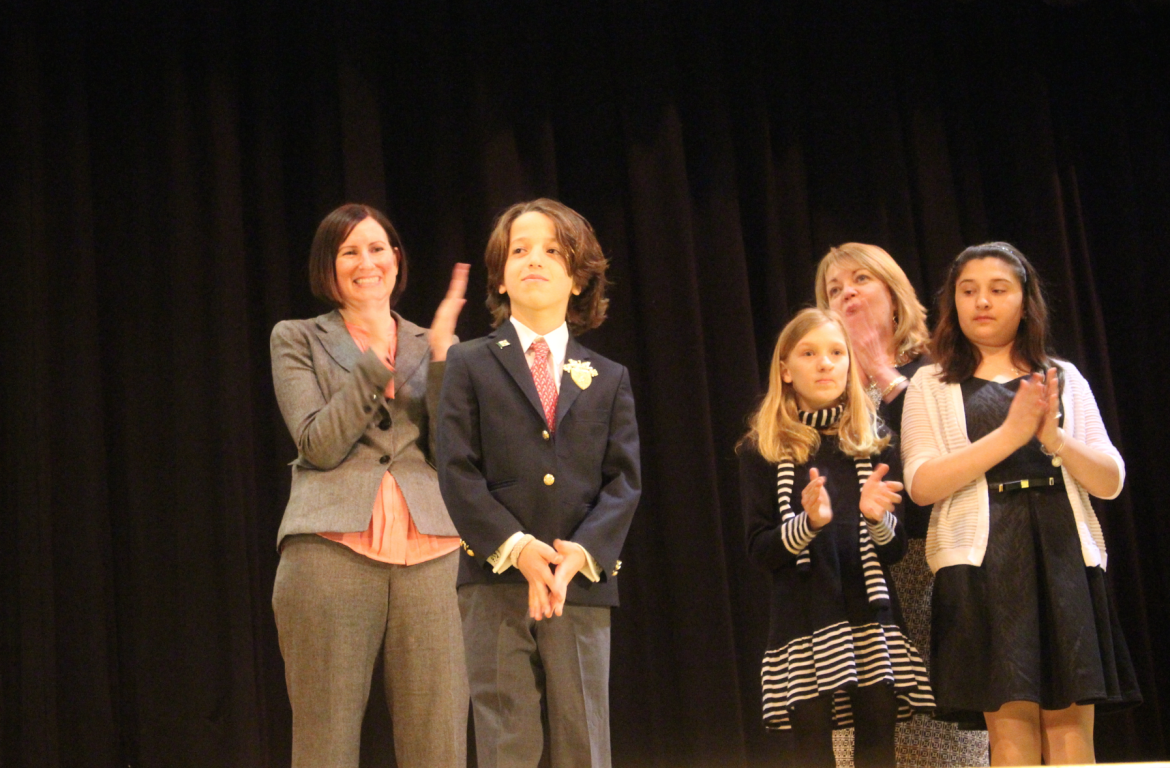 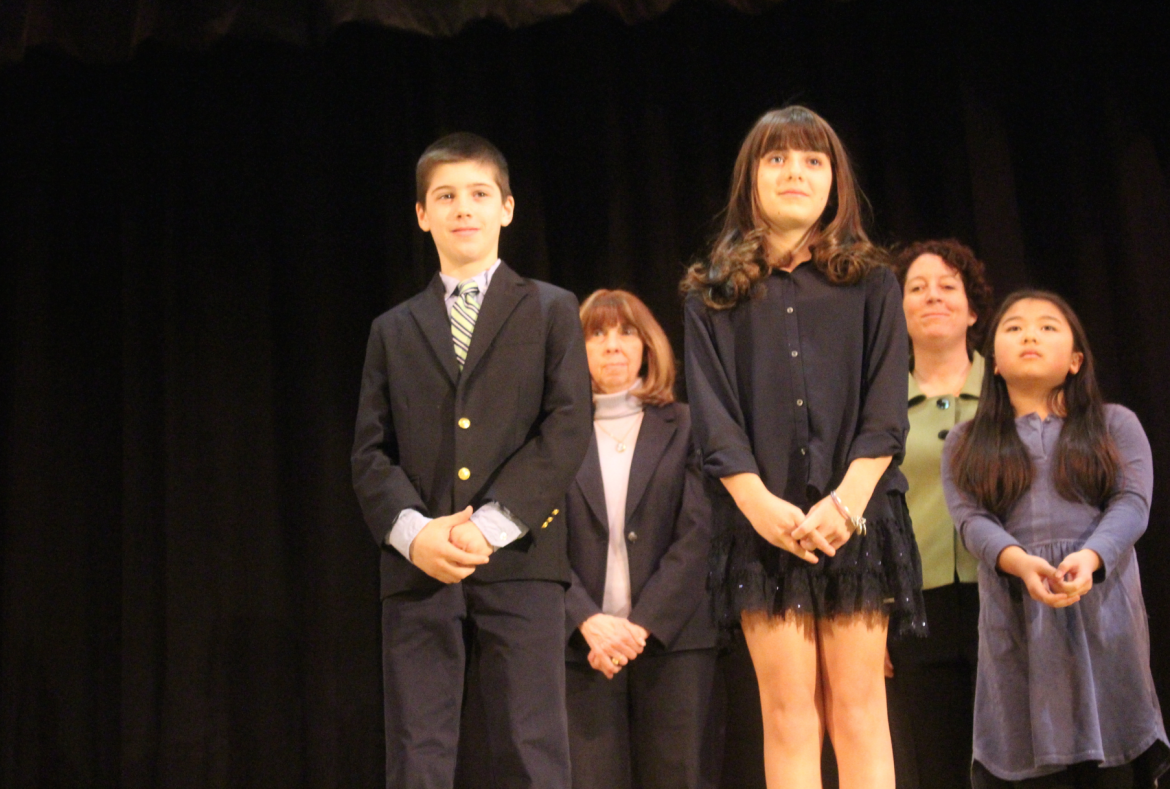 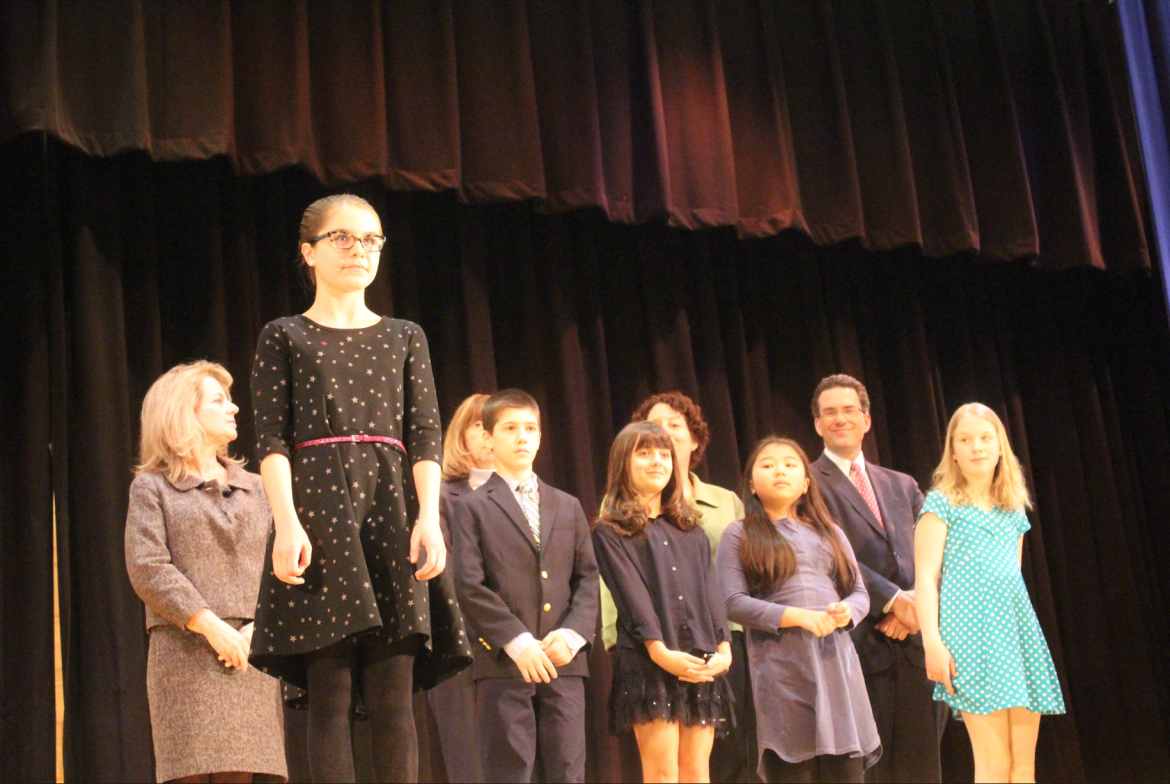