The Boys & Girls Club of Greenwich has officially opened a new, multi-sport, all-season field house at its 4 Horseneck Lane headquarters.

The newly-renovated facility includes an indoor turf field and enhanced playing surface which will provide increased year-round space for after-school programs and both evening and weekend use by the Greenwich community.

The central mission of the Boys & Girls Club of Greenwich is to provide after-school programs for under-served children.

Demand for the Club’s offerings is high as more than 300 children attend the Club every weekday.

Last summer, the Board of Directors led a study to re-evaluate space use within the Club with the goal of improving service to the Club’s core constituents.

Built 10 years ago as part of a $15 million capital improvement campaign that expanded the Club’s overall space by 20,000 square feet, the multi-sport arena served as a flexible space in the spring and summer, and an ice rink during the fall and winter.

“It’s been refreshing to see the number of kids in the field house enjoy the daily use of this facility,” said Walker. “This is something that did not happen in my first few years here.” 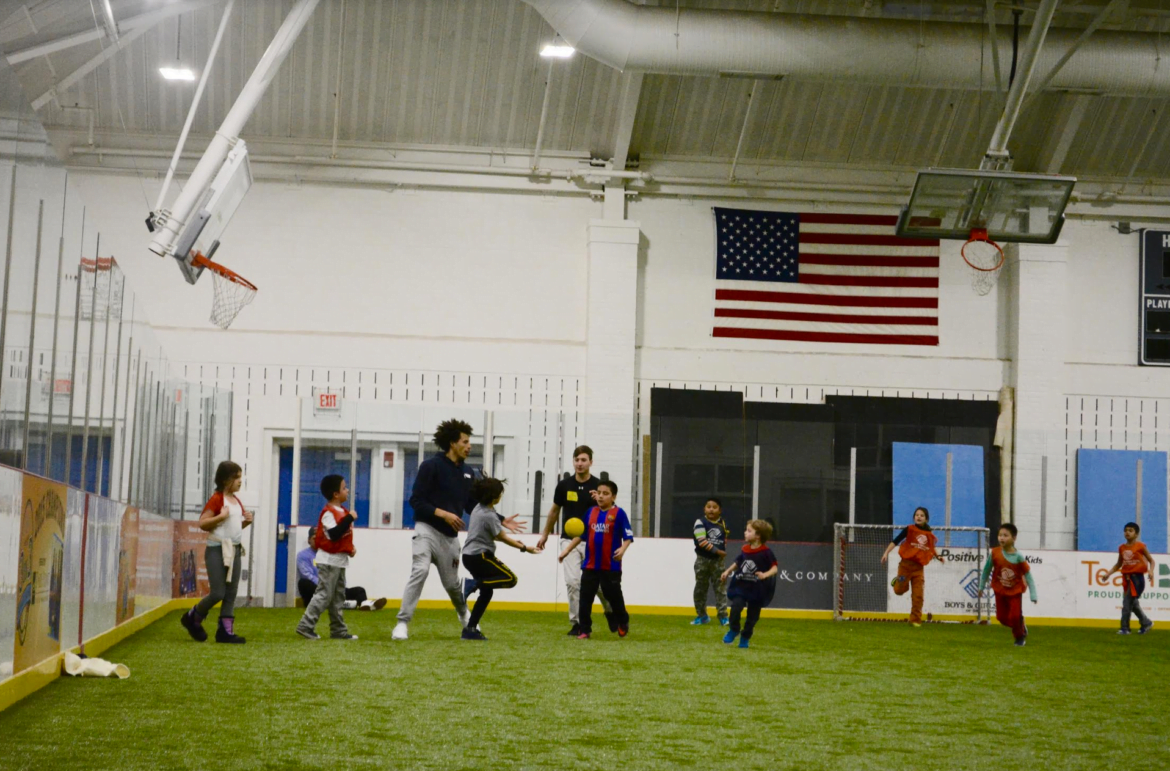 Walker said that the ability to offer new programs like co-ed flag football, co-ed indoor soccer and other activities such as fitness classes, introduction to lacrosse and kickball has made the Club’s after school program that much more impactful.

“Now, when the weather prevents us from going outdoors, we can keep our Club members active and engaged in positive team-building experiences,” he said.

The Boys & Girls Club of Greenwich exists to enable all young people, especially those who need us most, to reach their full potential as productive, caring, responsible citizens. It accomplishes this by providing a safe place for community youth to participate in programs and services that instill a sense of competence, usefulness, belonging and influence.

Children may participate in the after-school program from September – June for a fee of only $50 for Greenwich residents or $150 for children whose parents work in Greenwich.

The Club’s members range in age from 6 to 18. More than 30 percent of members are eligible for free or reduced lunch; 25% of members come from single-parent households; and 54% of the Club’s member families live at low-income levels as defined by HUD. In 2016, the Club provided $68,000 in waived or reduced tuition so children in need could attend summer camp programs.

Additionally, the Club granted $121,500 in college scholarships to teens and young adults who exemplify the good character traits valued by the Boys & Girls Club.