As everyone prepares to sing “Auld Lang Syne,” millions around the world are gearing up to celebrate the 261st birthday of the song’s writer, Scottish national poet Robert Burns. On or near January 25 every year, an estimated 9 million people around the globe attend Burns Suppers, following roughly the same order of events as the first one in 1801.

The Greenwich Burns Supper is set for Saturday, January 25, 2019 from 6:00-9:00 pm at First Presbyterian Church of Greenwich, 1 West Putnam Ave, in Greenwich. 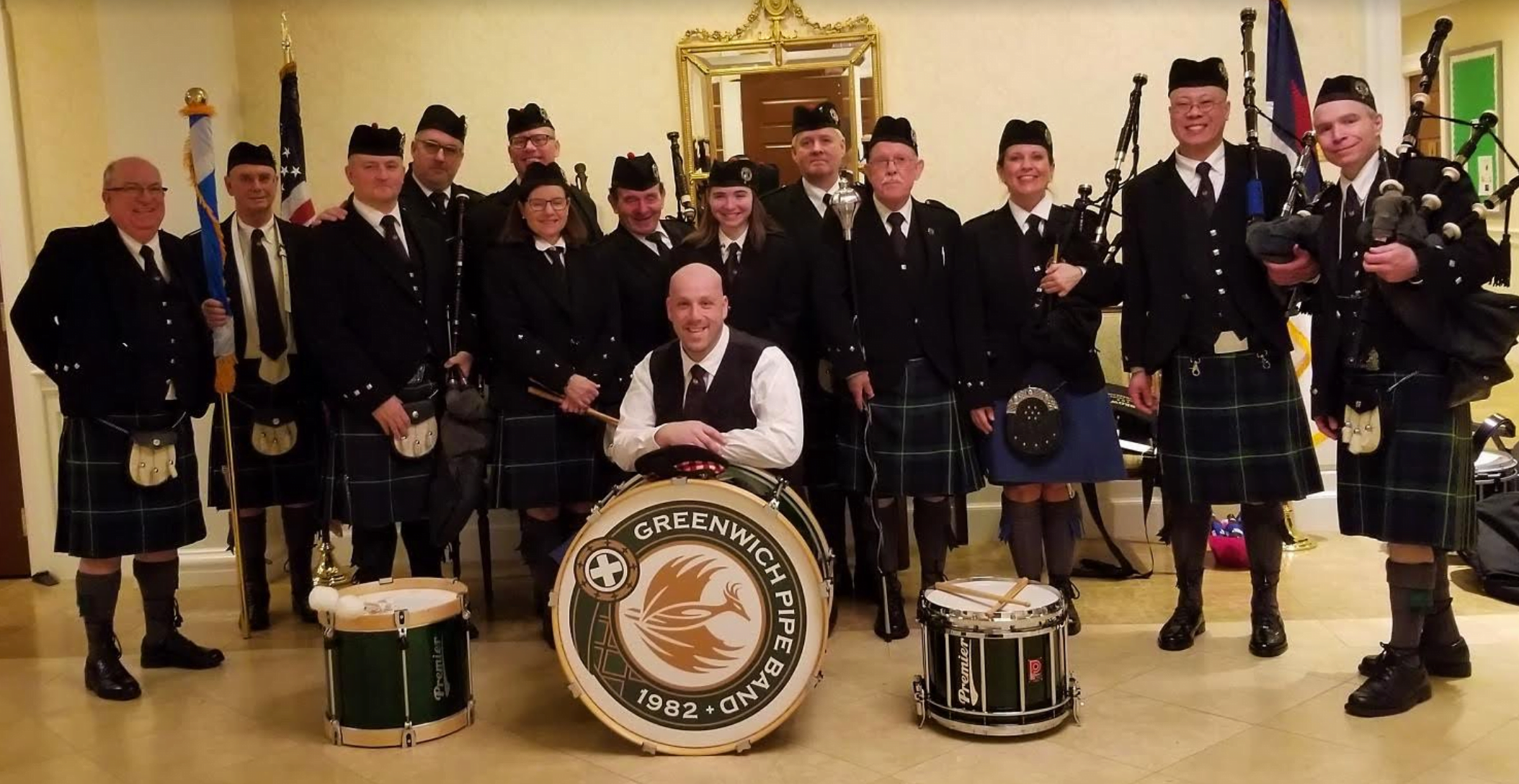 The Greenwich Pipe Band will play rousing tunes and Stefanie Kies will wow the audience with beautiful renditions of Burns’ songs. A full dinner, dessert, and entertainment are all included. In addition this year, thanks to new co-sponsor First Presbyterian Church of Greenwich, beer and wine are also included! There will be a cash bar for whisky. 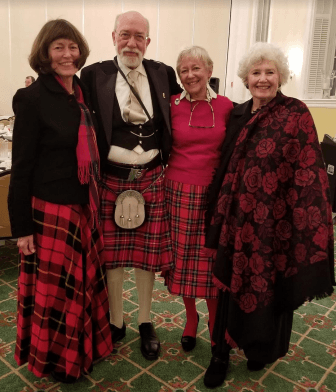 Greenwich resident Stasha Healy, who studied Burns at the University of Edinburgh, Scotland, couldn’t find a local Burns Supper so she created one in 2016. The University of Edinburgh invites its area alumni to the Greenwich Burns Supper, and First Presbyterian Church of Greenwich is inviting its members this year as well. The Presbyterian Church can trace its origins to Scotland; many congregations hold a Kirkin’ O’ Th’ Tartan or Scottish Heritage Sunday service, which commemorate the denomination’s Scottish roots (“kirk” is Scots for church).

Robert Burns fathered 13 children with four women before his death at age 37; hence his “bad boy bard” moniker. Scots joke that the 10,000 people who attended Burns’ funeral on July 25, 1796, were all relatives.

The Burns Supper is the largest literary festival in the world: In 1801 there was one nine-man dinner; now there are thousands of dinners around the world attended by more than 9 million people.

Burns’ influence on American writers and songwriters is deep: Bob Dylan has acknowledged that “A Red, Red Rose” was his single most important inspiration; John Steinbeck got the title for “Of Mice and Men” from “To a Mouse;” J.D. Salinger’s inspiration for the title “Catcher in the Rye” was Burns’ “Comin’ Through the Rye.” Even Michael Jackson was a fan – he was working on a stage production of Burns’ work when he died.

Break out your tartan and come join the fun! All are welcome – you don’t need to have Scottish ancestry!

Find out more and reserve tickets at  BurnsSupperGreenwich2020.eventbrite.com.

Tickets are $65 ($75 starting on January 1; $80 cash only at the door; $20 kids) and include a buffet dinner with traditional Scottish fare like haggis, neeps (turnips), and tatties (mashed potatoes); plus chicken, rolls, and green beans. Entertainment, hors d’oeuvres, dessert, beer, wine, and a whisky toast are included in the price; a cash bar will be available for more whisky.